What do large, modern communications satellites look like inside (roughly at least)?

Modern communications satellite in GEO are big, majestic beasts. They are quite large and voluminous. They can sport quite an array of antennas and handle huge bandwidths and multiple communications functions.

I've often wondered what they at least roughly look like inside.

I like to think of them as the big black box in space that Agent Dale Cooper experienced in the episode Part 3 (Twin Peaks), that they have a door and you can go inside and work on stuff if needed.

Intellectually I assume that's no the case; they are not built to be boarded, don't have doors or airlocks and probably very little wasted space.

But is the non-bus area of these spacecraft a sealed volume with commercial racks which are full of modules with blinking LEDs and switches, or is just a bunch of sealed boxes, each filled with custom circuit boards.

Question: What do large, modern communications satellites in GEO look like inside? I'm sure construction details are sensitive and proprietary, but is there anything that's been shared publicly about at least roughly some kind of layout? Do they have doors? Do they have pressurized spaces inside, or compartments? 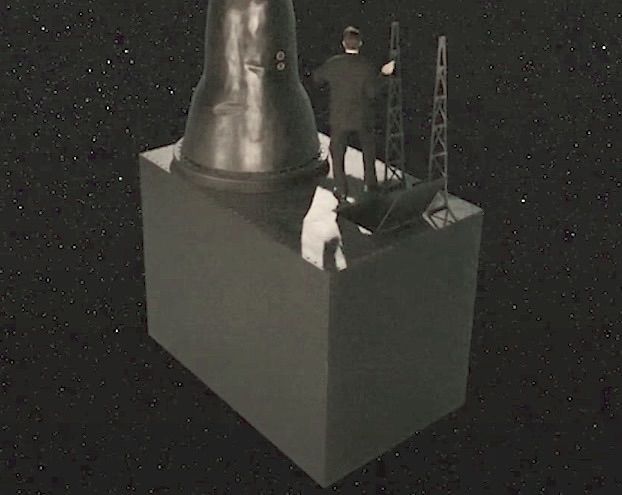 cropped & brightened from Twin Peaks What's Up with the Beginning of Part 3? Season 3 Episode 3; Mauve Zone

The basic visible design is usually

Propellant tanks are usually arrange either:

Interior structure is usually painted black, as are the bulk of internally mounted equipments. Propellant tanks are usually blanketed.

Doing a search for "satellite name" + "AIT" or "clean room" might show up some other part assembled photos. The first image is a screenshot from about 51 seconds into one of the videos on this link of Thor 7. The outside of a Y wall is visible at the left of the image with antenna feed horns visible protruding from under blankets at the top (+Z) end. On of the -+X walls is open on the right of the image and one can vaguely see that its all black in side but the central cylinder and Y walls can be seen at least.

The grey items protruding from the edges of the Y walls are radiation cooled TWTAs and it is probable the business-end of these devices that can be seen in rows on the inside of the far Y wall. 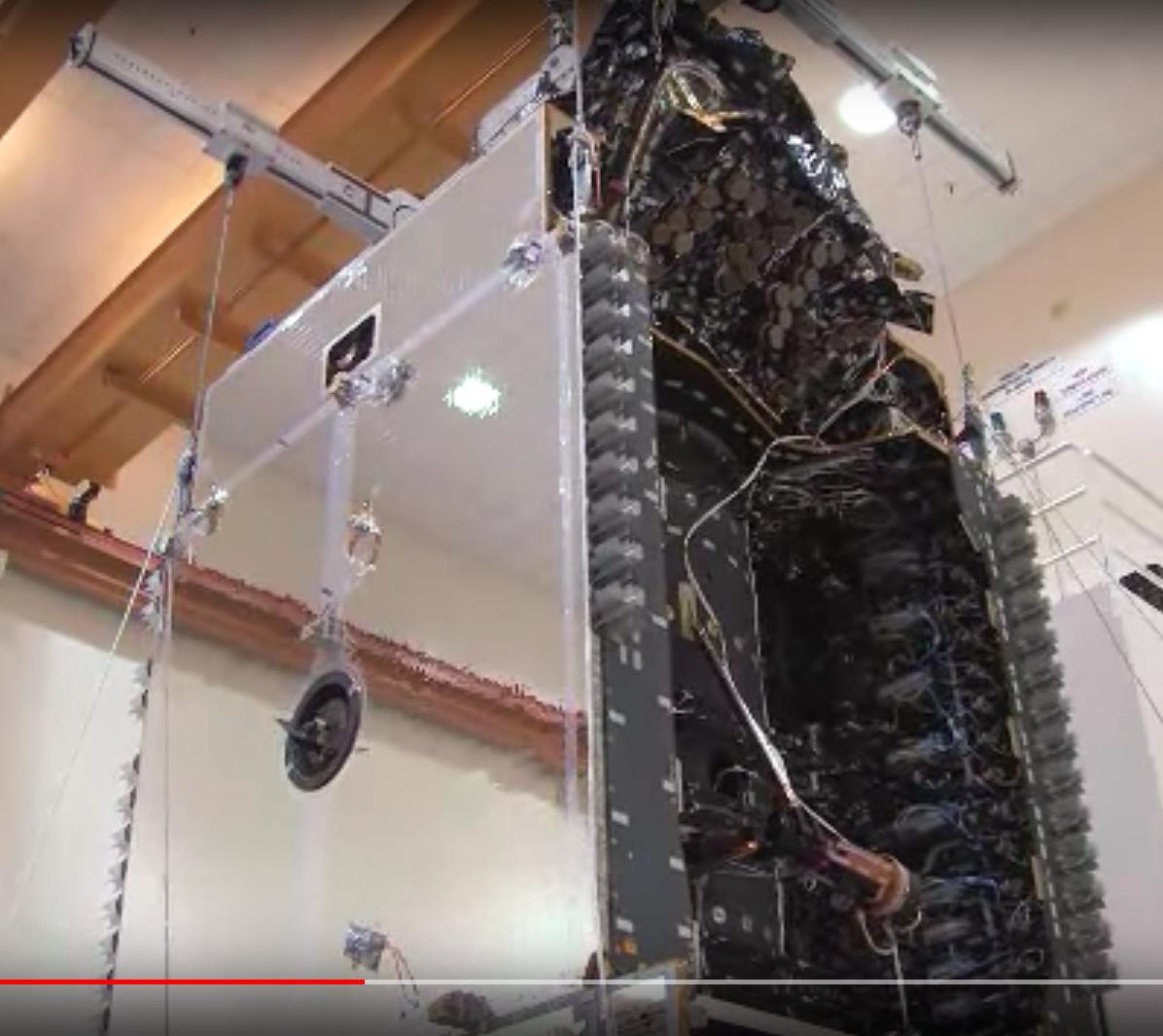 The image below is the first drawing I could find. The sharper eyed amongst you will notice that its not a geostationary communications satellite but regardless it does serve to illustrate the concepts above. 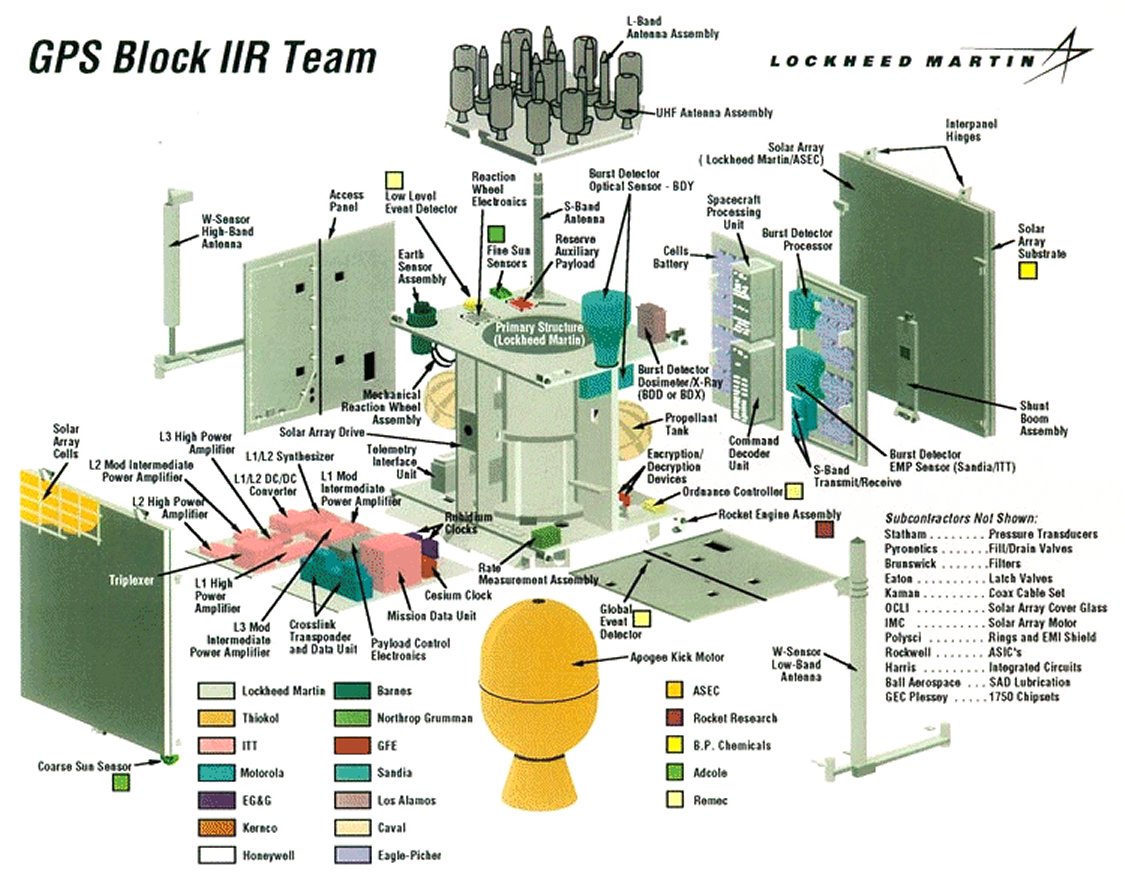 Finally, to answer the sub-questions:

I think "doors" are rare. It is more likely that there would be access gaps in panels that are covered in blankets for flight.

There would be next to no pressurised items except perhaps for reaction/momentum wheels, unless you are talking about one of the older Russian designs where the whole interior compartment is pressurised.

Not the answer you're looking for? Browse other questions tagged design mission-design communication-satellite engineering or ask your own question.

5
What should a Discovery Program mission budget look like?
4
At what magnitude would adjacent large geostationary communications satellites see each other?
12
Why do Teledesic satellites look so weird? What are these structures and where's the satellite bus?