Rocket engine thrust will eventually "lift" a certain amount of weight, to a certain height. For Saturn V, they used 5# F1 engines, each of which produced a thrust sufficient to lift approximately 690 tons. During testing of these F1 on the test bed, how did they "counter" / "contain" this thrust? Was the weight of the test bed in itself more than 700 tons (so that it could not be lifted) or was the test structure, bolted down to the ground by grouting etc?

It had a heavy concrete foundation to which the metal structure of the stand was attached.

Shown is test stand 1-C at Edwards Air Force Base. 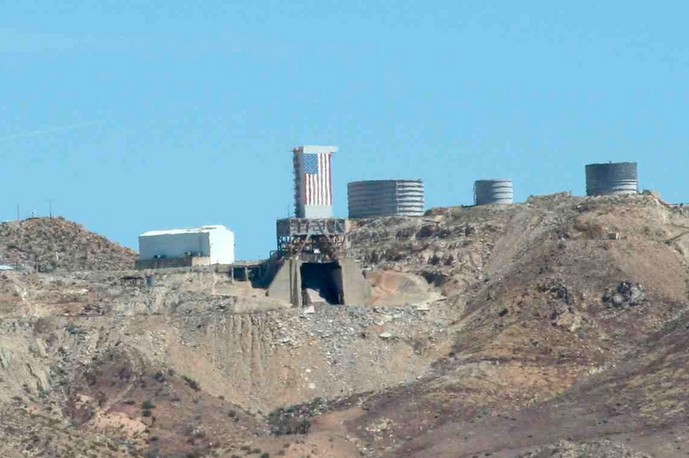 And in use with an F-1 running. 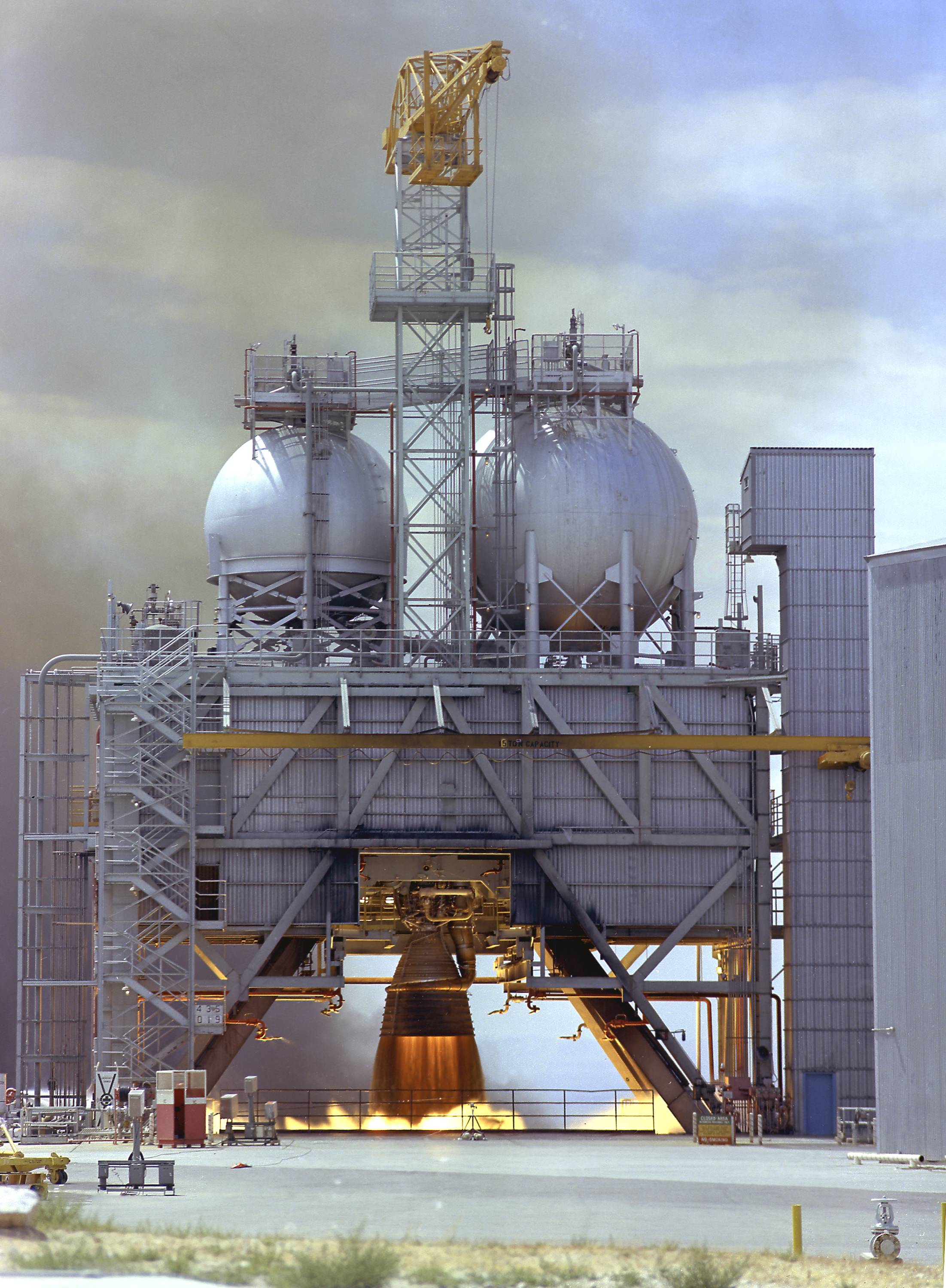 There was an F-1 stand in Huntsville as well. 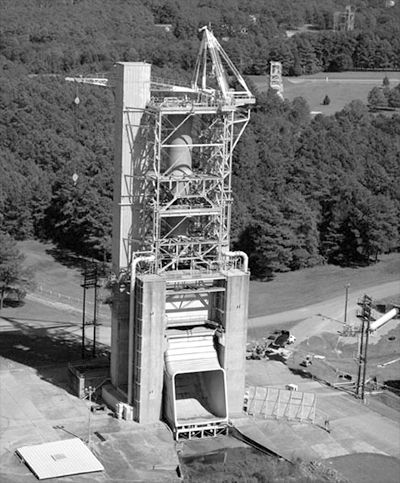 This one's structure was described as:

The structure's base consists of four concrete piers which reach 105' above grade and extend 40' below ground, where the piers anchor into bedrock.

Note that the full first stage with all five engines running was tested on a stand in Huntsville. 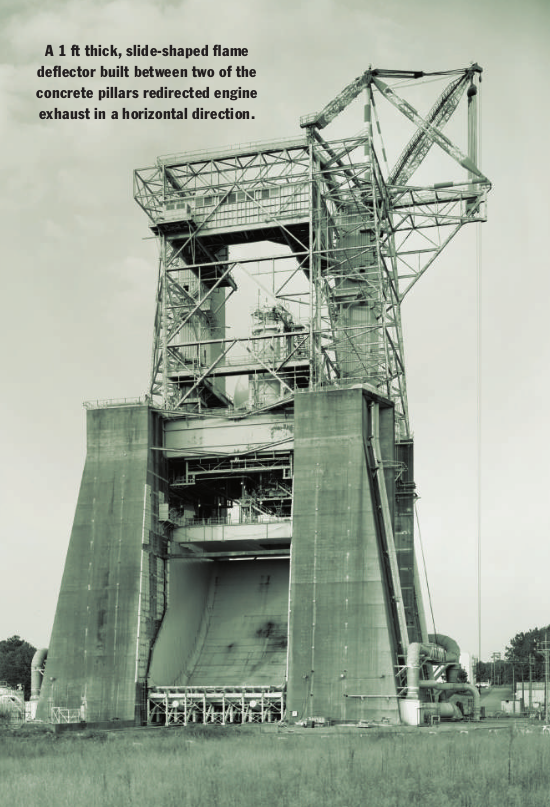 Details of this stand's construction:

The S-1C stand comprised a “steel skeleton atop a four-pillared concrete foundation,” according to Jerolimov. The stand’s bases were four “massive, reinforced-concrete piers, aligned in a square configuration.” The piers were 48 ft square at their bases, tapering inward as they rose, and had walls that were about 4 ft thick. The interior of the piers housed support spaces for personnel, as well staircases and elevator shafts. The piers were set about 68 ft apart from each other and extended 40 ft down to bedrock.

Not the answer you're looking for? Browse other questions tagged rockets thrust qualification-testing or ask your own question.

21
How does a simple construction keep a firing rocket on the ground?

21
How did they solve Saturn V pogo oscillation problems?
3
Limiting factors of liquid rocket engine thrust
6
Does every liquid-fueled rocket engine get a test run before its actual flight operation?
8
How to find the optimum balance between amount of fuel and number of engines?
20
Where does the thrust act in a rocket engine and how is it transferred to rocket structure?