Why so many little pieces of "space tape" on this communications satellite?

Maxar's own blogpost Power and Propulsion Element: Five Questions with Maxar’s Tim Cole contains an image with the caption

The ABS-2 spacecraft at Maxar’s Palo Alto, California factory before its launch in 2014. Image: Maxar 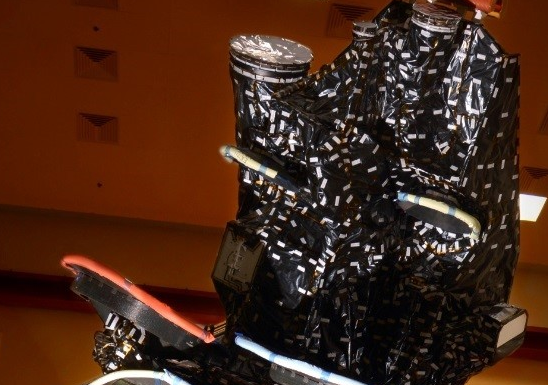 Question: Why are there so many small, identical pieces of what looks like "space tape" on this communications satellite? I though they might be reflectors for 3D metrology, but they seem to be mostly on the noncritical surfaces of black plastic wrap covering the spacecraft, not critical components.

Browse other questions tagged identify-this-object communication-satellite maxar or ask your own question.

7
Why do these satellite antennas look so weird? (strangely shaped with little white dots...)
1
How big of a telescope will Psyche's deep space optical communications demonstrator use out at 5 AU?