What happened to the SpaceX Starship SN11? Why did it crash?

What happened to the SpaceX Starship SN11?

As per the live streams held on YouTube, I want to know what really happened to SpaceX Starship SN11

The live streams show a lot of smoke and others show some camera footage, even others say it blew up in the sky. And other people even say that there was an issue with the 2nd raptor engine

What is really going on here?

Why did it crash? 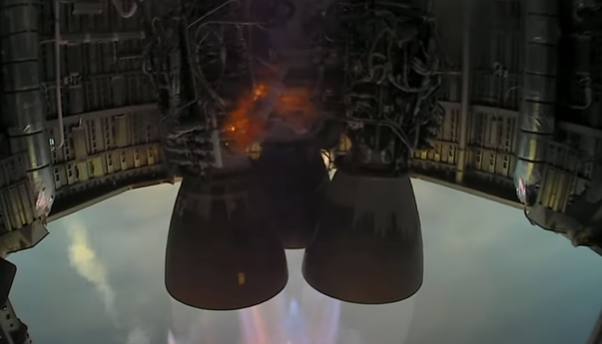 So which of the four was it?

Other suggestions and answers other than the given 4 are also welcome!

What happened to the SpaceX Starship SN11?

It's fairly apparent that what did happen is that it exploded in the fog during its descent. It's far too early to know why this happened. Lots of people who were there reported seeing falling debris. Eric Berger at arstechnica.com wrote

All we really know for sure is that at 5 minutes and 47 seconds into the flight, one of Starship's three Raptor engines relit to begin the final landing sequence, and then the engine-bay camera cut out in SpaceX's webcast. Contact with the vehicle was lost, at least in terms of live video pictures. Shortly after this, pieces of the Starship vehicle began raining down on the launch site, and there were reports of a series of small explosions.

Eric writes cautiously, and he rarely speculates or conveys unfounded rumors. (There are rumors galore on this.) Eric did report on one photographer he knows (Eric knows lots of people) who was on the scene and saw the thick sea fog. The photographer drove inland a ways where he might have a better view when the vehicle ascended above the fog. He did have that view; the linked article shows pictures taken by that photographer of the vehicle ascending above the fog and performing its belly flop. (Note: I am not posting those images here because those pictures are copyrighted by a professional photographer.)

Eric did make one implicit speculation in the article:

It is not clear whether the vehicle's flight termination system was activated to destroy the Starship before it veered off course. However, the remnants of the vehicle landed near their intended target.

The vehicle's automated flight termination system certainly is a possible culprit; the AFTS's one and only one purpose to make the launch vehicle explode. There are however many other possible causes for a launch vehicle undergoing rapid unintentional disassembly. 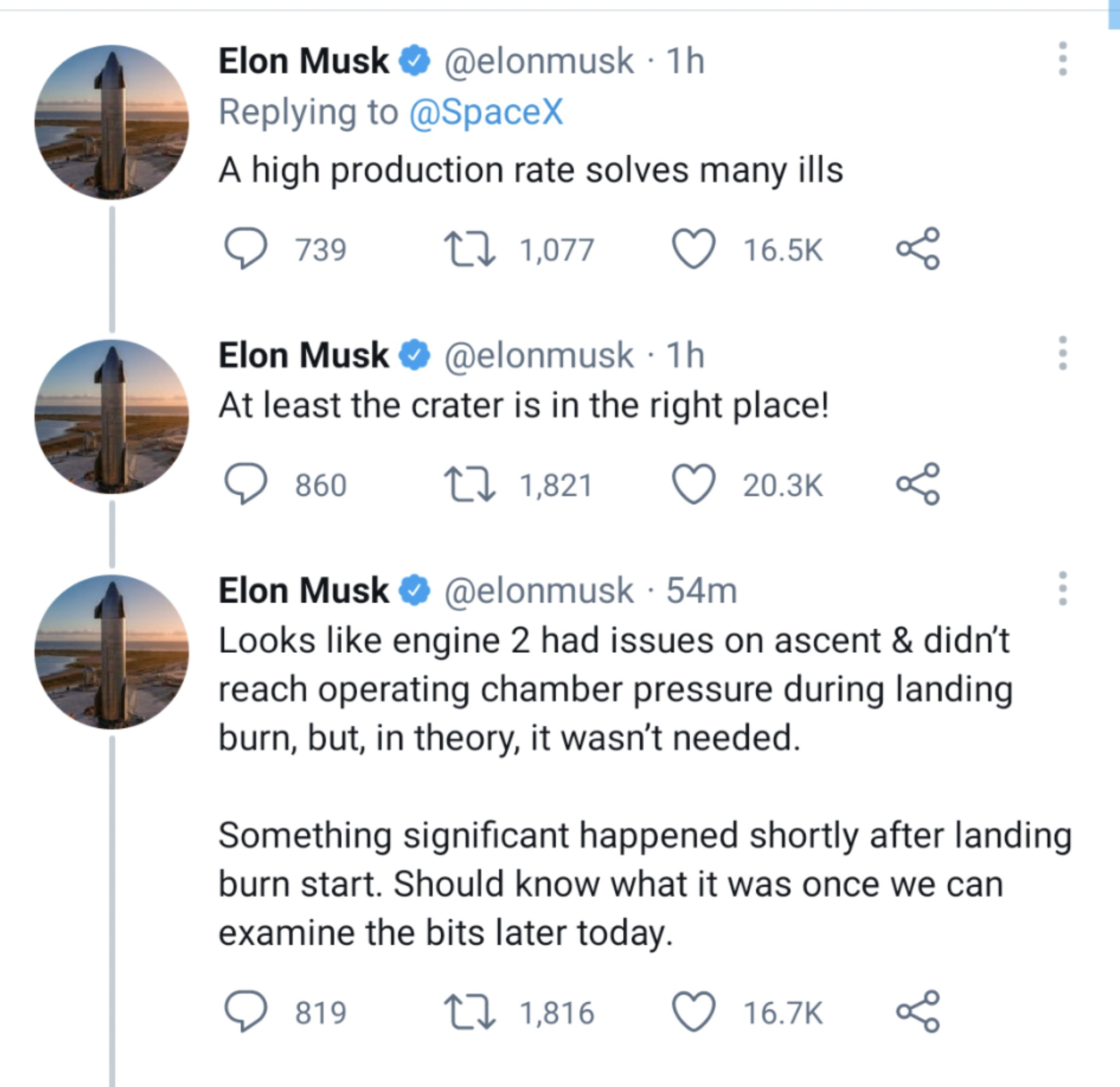 “At least the crater is in the right place!” ... “Something significant happened shortly after landing burn start. Should know what it was once we can examine the bits later today.”

My emphasis on "bits", taking it to mean (destroyed) bits of SN11. Looks like we'll know more about what actually happened perhaps later today.

We know for certain this was a mid-air explosion. Twitter user RGVAerialPhotograph, photo linked but not included here because I'm unsure of copyright, shows the pad is clearly intact, and the debris is spread to the north of the pad. I've also had it on good word from someone who would know that it wasn't the FTS system. It seems like whatever happened it was a true explosion, so mixed oxidizer and fuel with a spark lead to an explosion, in something that is roughly mixed correctly.

We know the nose cone is mostly intact (But unzipped), the tank is completely shredded. We know that the event happened when one of the engines attempted to ignite, most likely the third. The remains of the nose cone landed very close to the landing pad, so it was probably mostly on target.

We also know that the CH4 header tank, right in the middle of the rocket, is pretty much in two widely separated pieces. It therefore seems very likely that the first explosion happened there.

Whatever happened must have happened mostly from the south. The orientation of Starship when falling is the nose points east, the engine point west. Incidentally, the FTS is on the side pointing downward during the fall, which would not explain the debris cloud preferentially being north.

This is getting fixed 6 ways to Sunday.