What became of Vista-III decision theoretic telemetry display system from the 1990s?

I'm reading a paper [1], dated 1995, which describes a telemetry display system named Vista-III which was in development at the time. "We will be validating the new functionalities and expect the Vista-III system to be certified for flight at the Mission Control Center in the coming year. Overall, experts and trainees have been enthusiastic about the display management and decision-theoretic recommendations provided in the evolving Vista system."

I like the approach presented in the paper, which organizes the telemetry display system on decision theoretic principles, but I wonder what was the long-term practical significance. I haven't been able to find later references to the Vista-III display system. The only later reference to a NASA telemetry display system is [2], for which there is an open source software project [3]. This later system appears to be a modernized version of the text-only display described in passing in the paper by Horvitz & Barry, and not organized on decision theoretic principles.

EDIT: Paper says that Vista-III is/was a system for Space Shuttle engine monitoring. Horvitz was working for Microsoft at the time, while Barry was at Rockwell. Authors note that "This work was supported by the NASA Johnson Space Center, Rockwell Science Center, the Rockwell Space Operations Company, and National Science Foundation Grant IRI-9108385."

Partial answer to "What direction did telemetry monitoring systems take in the years after 1995?"

I worked in shuttle Mission Control Center (MCC) backrooms frequently from 8/1999 to 1/2003 and again from 7/2008 to 7/2011 monitoring certain Orbiter systems during simulations and flight ops. Our displays for the disciplines I supported were definitely along the lines of the "modernized version of the text-only display described in passing".

This personal picture shows my console in 2010. The shuttle graphic displayed at the left is not a MCC application. 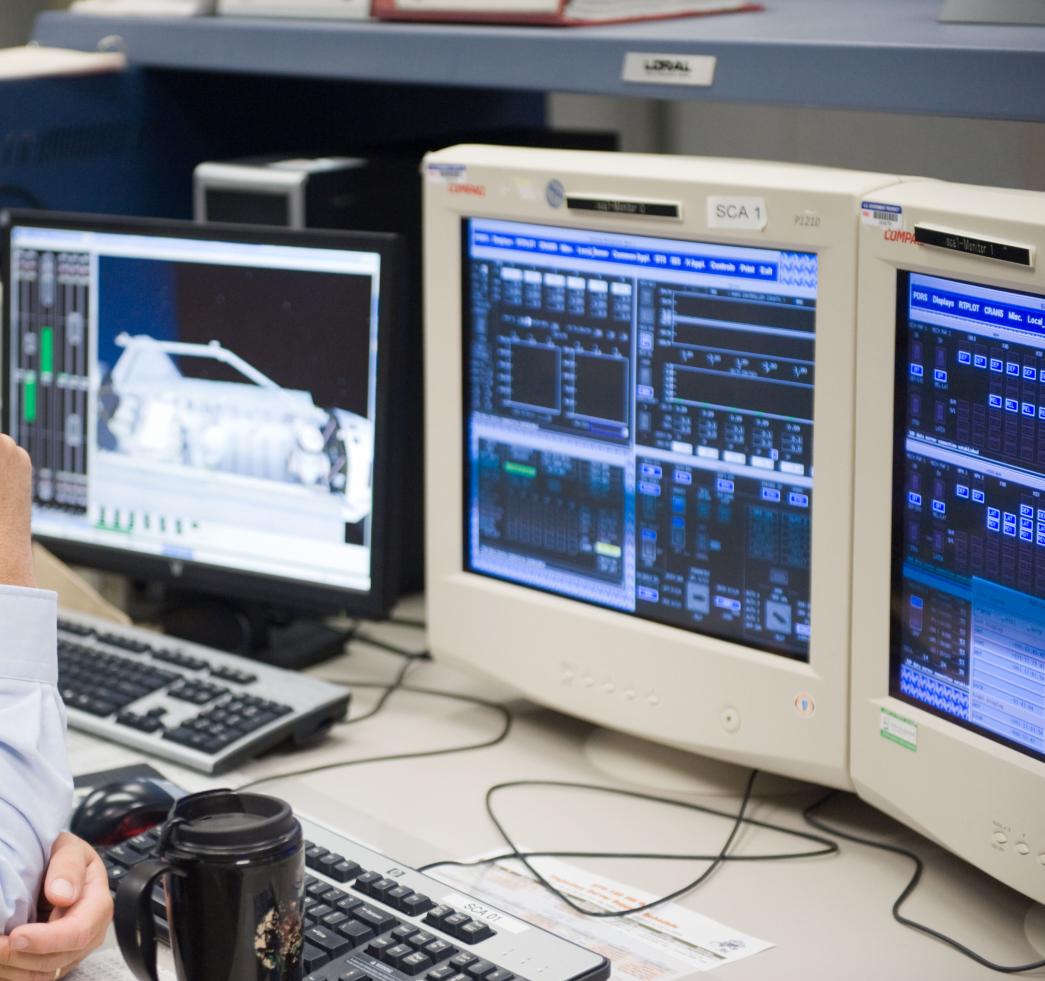 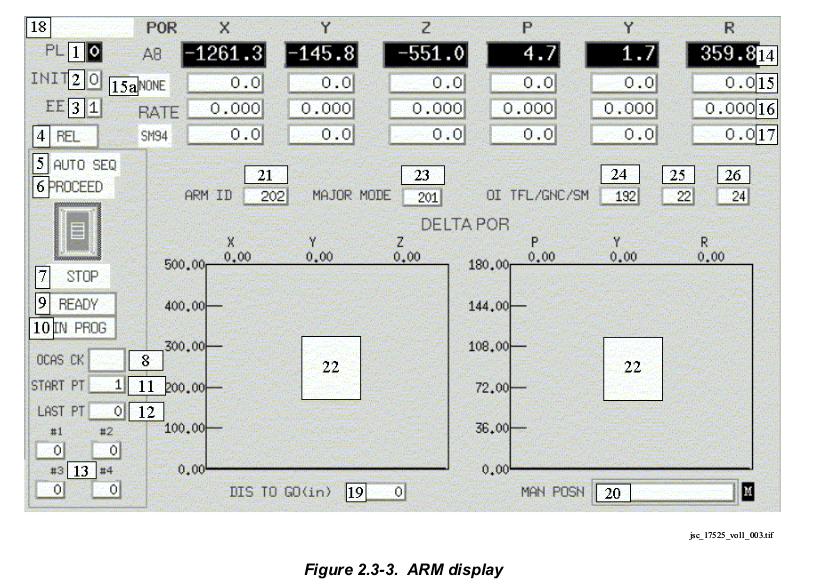 It displays numbers and binary statuses. The boxes in the middle displayed simple bar graphs. (Image from the Payload Deployment and Retrieval System Console Handbook.)

Here's a hard copy of a life support system display taken during the STS-88 shuttle mission. Talk about a data dump! 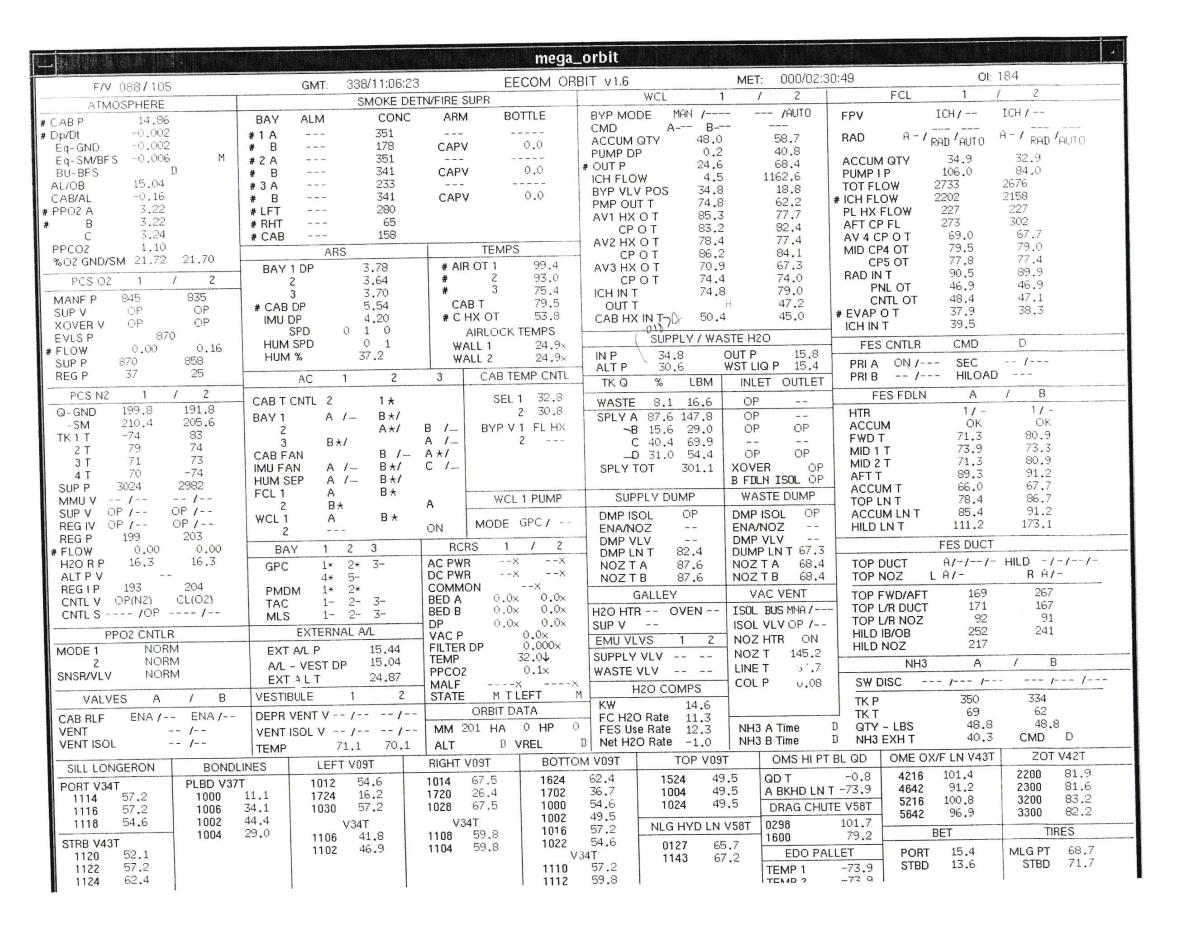 Other applications rtplot, crans, and elog were configurable by the user but did not incorporate any AI.

I did not work on the Orbiter propulsion systems mentioned in one of the papers, so their displays may have continued to have the more advanced features. But, at least some of the disciplines' displays didn't.

Not the answer you're looking for? Browse other questions tagged nasa telemetry or ask your own question.

1
What are the uses of the NASA core Flight System (cFS)?
3
Satellite Telemetry on the Internet
23
Was the Soviet N1 really capable of sending 9.6 GB/s of telemetry?
10
What is the numbering system used for the DSN dishes?
8
Why doesn't the SpaceX web-cast show the telemetry, (altitude and speed) for the first stage during recoveries?
9
Apollo Mission Operations Control Room 2 display, what do these numbers indicate?
4
How does the Commercial Crew Program differ from the way NASA's previous crewed systems were developed and operated?