Did anybody on the ISS photograph this partial eclipse? How long did it last? How did they safely photograph it?

Thanks to @gerrit's comment I have "irrefutable photographic circumstantial evidence" that the ISS (probably) passed through the penumbra of a partial solar eclipse. I know this is true because it is on the internet.

My evidence is the purple line I drew in the cropped bit of the image shown below.

The International Space Station, with a crew of six onboard, is seen in silhouette as it transits the Sun at roughly five miles per second during a partial solar eclipse on Aug. 21, 2017 near Banner, Wyoming.

Captured by NASA photographer Joel Kowsky while looking up from Banner, Wyoming, perfectly timed images show a tiny ISS passing in front of the sun.

Seriously though, did anybody on the ISS see and/or photograph this partial eclipse? If so, how long did the eclipse last for them, and how did they manage to safely photograph the Sun?

Partial answer covering two of the three questions in the post.

Solar Eclipse Viewing: The crew removed scratch panes from Cupola windows #4 and #6 and cleaned the window #3 scratch pane. The crew then took both HD video and still images of the moon’s umbra on Earth from the Cupola. They also obtained images of both the sun and the moon. In addition, the P1 Lower Outboard External High Definition Camera (EHDC) was used to capture HD video of the moon’s umbra on Earth.

This photo was also included in my answer to an old question of yours here: Is this the only eclipse where Moon's shadow on the Earth (umbra) has been photographed by a person in space?1 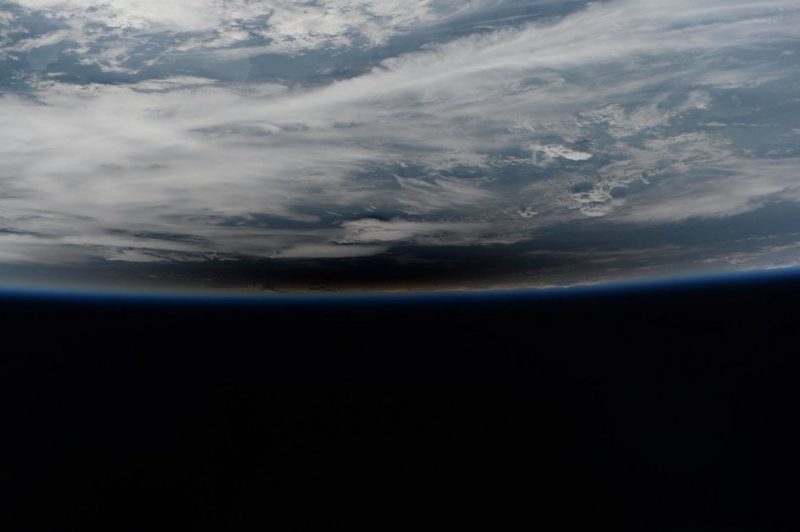 There is a great deal of information available here at ISS Observations The ISS passed through the penumbra three times. Only on the second pass could the crew see the Moon's umbra on the Earth's surface. They did not see a total eclipse on any of the passes because the ISS never passed through the umbra. 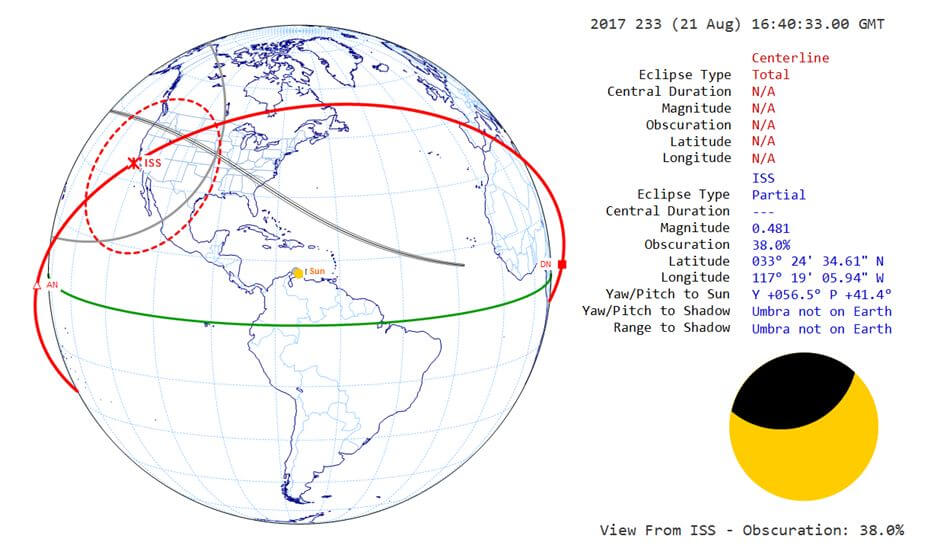 Not the answer you're looking for? Browse other questions tagged iss photography astronaut-lifestyle or ask your own question.

19
Does the ISS have zenith-facing windows?
23
Why does the ISS cupola have Interior Protective Sliding Windows
7
Have any space stations experienced a total solar eclipse?
5
Were there any STS missions that included maneuvers that might have photographed ISS's top side?
9
Has the ISS ever “flown upside down”? Has the cupola ever “looked up”?
2
How are cameras arranged and used to monitor activities outside the ISS?
2
Is this the only eclipse where Moon's shadow on the Earth (umbra) has been photographed by a person in space?
2
Is this window zenith-facing? (ISS docked Soyuz) If so, how directly?
0
Has an astronaut ever gone into a docked capsule to take a photo out one of its windows?

14
How does an astronaut pack for the ISS?
13
How do astronauts take pictures from outside the ISS?
14
When was the last time 9 people were on the ISS?
10
Could an ISS astronaut photograph something like this 1km “Van Gogh” if they knew it was there?
91
How did Apollo 16 capture this full photograph of the Moon's far side?
1
Should there be black crosses from the Réseau plate in this Apollo mission photograph? If so, where are they?
4
What's this mini-cupola-looking object in this photo from the ISS?
8
Can they still make espresso on the ISS? If so, with what?
1
Did the MarCo cubesats photograph each other or the Centaur stage from which they were deployed?
0
Has an astronaut ever gone into a docked capsule to take a photo out one of its windows?