Did the U.S. Space Shuttles have a way for crew to bail out?

This recent question regarding the Space Shuttle Columbia disaster mentions the possibility that the crew could have bailed out if the orbiter could have successfully descended to 25,000 feet before it broke up.

Was this indeed something that was possible? I do seem to recall hearing that some of the seats were ejection seats early on in the Space Shuttle program, but that not all of them were and that they were subsequently removed from the design. Was there some other way for the crew to (survivably) bail out in place at the time of the Columbia disaster? Did the crew even have personal parachutes for such a situation and a survivable method of egress in flight?

They did, but its use case was pretty narrow.

The shuttle hatch was modified to be able to be explosively jettisoned, and a telescoping escape pole (pictured below) could be deployed that would help bailing crew members clear the wing on the way out. The vehicle, however, had to be in a stable glide and below 25,000 feet, which pretty severely limits the number of applicable situations. (Reference: Shuttle News Reference)

This system was installed after the loss of Challenger; it might not have helped in that case, but would have made engine failures on ascent over the mid-Atlantic more survivable. 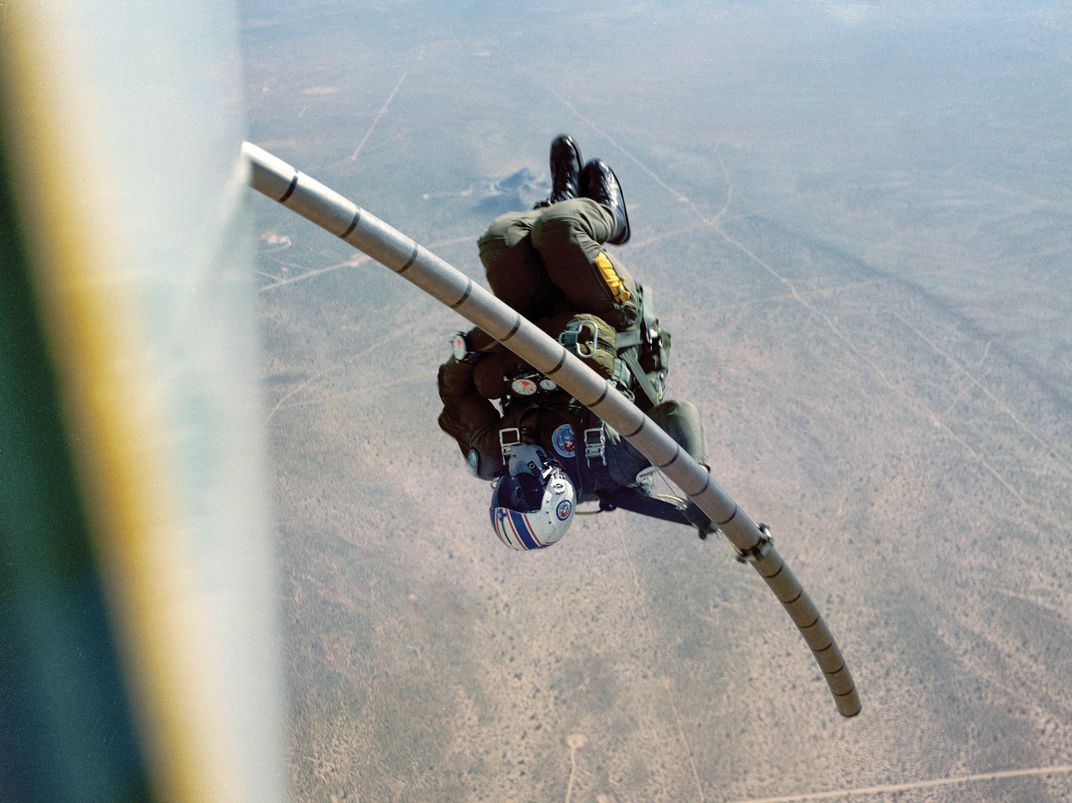 Not the answer you're looking for? Browse other questions tagged space-shuttle safety or ask your own question.

27
Could the Columbia crew have survived if the RCS had not been depleted?
14
Has any spacecraft had a way for the crew to escape during reentry?
8
Were ejection seats on the Space Shuttle a practical safety system?
1
Is a low-altitude, stable glide really absolutely needed to bail out of the space shuttle?

39
Why didn't the Space Shuttle have a launch escape system?
22
How often, if ever, was “software” updated in the shuttle orbiter?
49
What would NASA have done if they knew Columbia was catastrophically damaged?
8
Were ejection seats on the Space Shuttle a practical safety system?
10
Why didn’t the space shuttle’s engine-out checklists include steps for attempting a relight?
22
What was the Shuttle Carrier Aircraft escape tunnel?
4
Shuttle RCC (reinforced carbon-carbon) panels?
1
Is a low-altitude, stable glide really absolutely needed to bail out of the space shuttle?