Evacuating the ISS but wait, there's only one Spacecraft?

I was doing some research regarding the Soyuz as I'm currently planning a summer project in which I would build a close replica of a Soyuz when the question popped into my mind, "What would happen if there was a freak accident in which that the ISS needed to be evacuated and there was ONLY one space craft available?" I'll leave y'all's response on the matter to either be regarding the Crew Dragon or the Soyuz.

By design that will never happen. There are always enough return seats for the crew.

This is exactly why

See also Can a single Soyuz return a crew of six back to Earth?

What would happen if there was a freak accident in which that the ISS needed to be evacuated and there was ONLY one space craft available?

Carrying that to an even greater extreme, what would happen if there was a freak accident in which the ISS needed to be evacuated and no space craft was available? For example, suppose two human-qualified vehicles are docked with the ISS. Suppose an unseen 10 cm diameter asteroid hits one of those escape vehicles at 30 km/s. It would rip right through that vehicle. Suppose it ripped open a propellant tank. Kaboom! Suppose some of the resulting debris opened holes in the ISS, and other chunks opened holes in the other escape vehicle.

The ISS is intended to be two fault tolerant regarding loss of life at the three sigma level with respect to reasonably plausible failures. The ISS is not even one fault tolerant with respect to some outrageously implausible root causes such as my hypothetical 10 cm asteroid. It's also noteworthy that the three sigma level is not that high of a bar; modern Earth-bound manufacturing is moving toward making the devices they make safe and reliable at the six sigma level.

There WAS a different concept for returning folks from orbit in emergencies that was considered, called MOOSE, but it never got out of the planning stages. 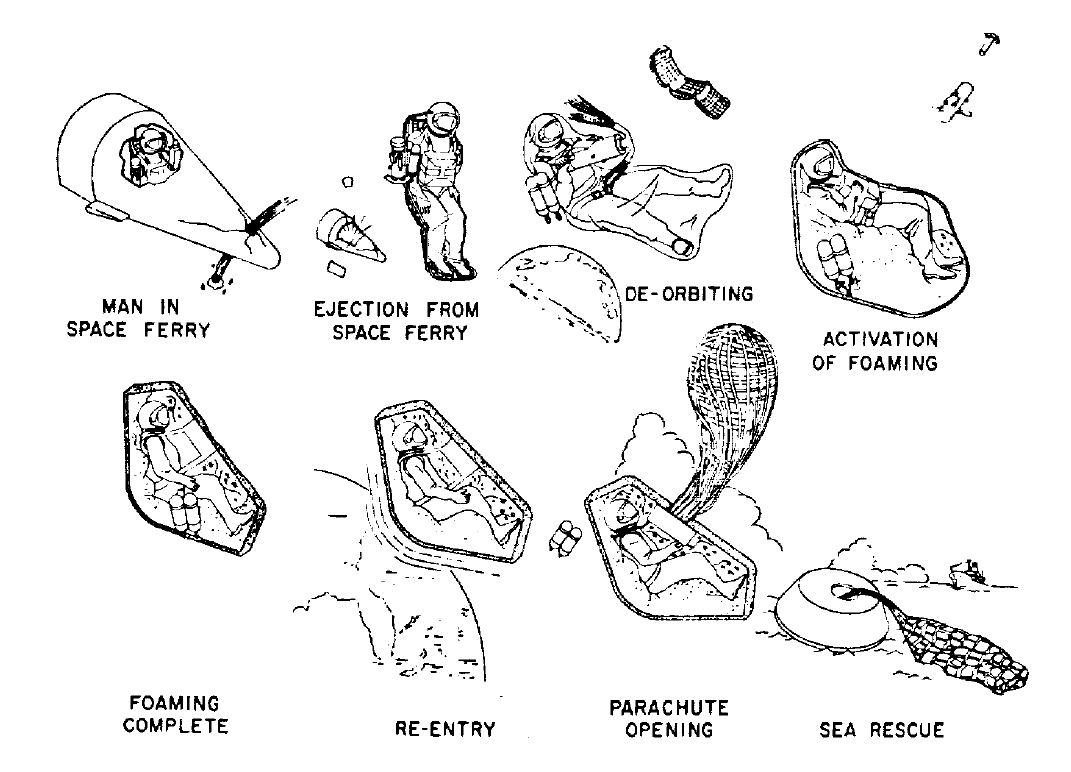 Not the answer you're looking for? Browse other questions tagged spacex iss soyuz-spacecraft dragon-v2 roscosmos or ask your own question.

22
Can a single Soyuz return a crew of six back to Earth?
10
time trends in astronaut fatality rates?
4
Why have astronauts had to take Soyuz capsules "out for a spin" on 15 separate occasions? (move from one Soyuz port to another)
1
How often are fewer than three astronauts present when moving a Soyuz spacecraft from one docking port to another?

32
Have any animals that have been studied onboard the ISS come back alive?
3
Why will Soyuz MS-04 bring only two crew to the ISS?
31
Why do we only use Soyuz to send humans to the ISS?
3
Where is the hole now? (ISS/Soyuz spacecraft hole)
10
Why doesn't Roscosmos launch Soyuz spacecraft with only Russians on board?
5
Why does the ISS occasionally operate with just 3 crew members?
13
Why would spacecraft docking to the ISS have a different atmospheric pressure?
11
What is the procedure in case the ISS loses one of the evacuation crafts?