What do ISS astronauts do while the ISS gets reboosted? [duplicate]

For its orbit to not decay, the ISS reboosts itself to higher altitudes once in a while. During the reboost, I wonder how much gravity is felt by the astronauts onboard, and what do they do to avoid falling in the direction of the engine and other issues that might arise while there is gravitation? Are they fastened to the Soyuz/Dragon seats while the reboost firing takes place? I mean, they could find themselves in an awkward situation while the firing takes place and they are attracted from some random location towards the Zvezda module or Soyuz/Dragon/Progress spacecraft. 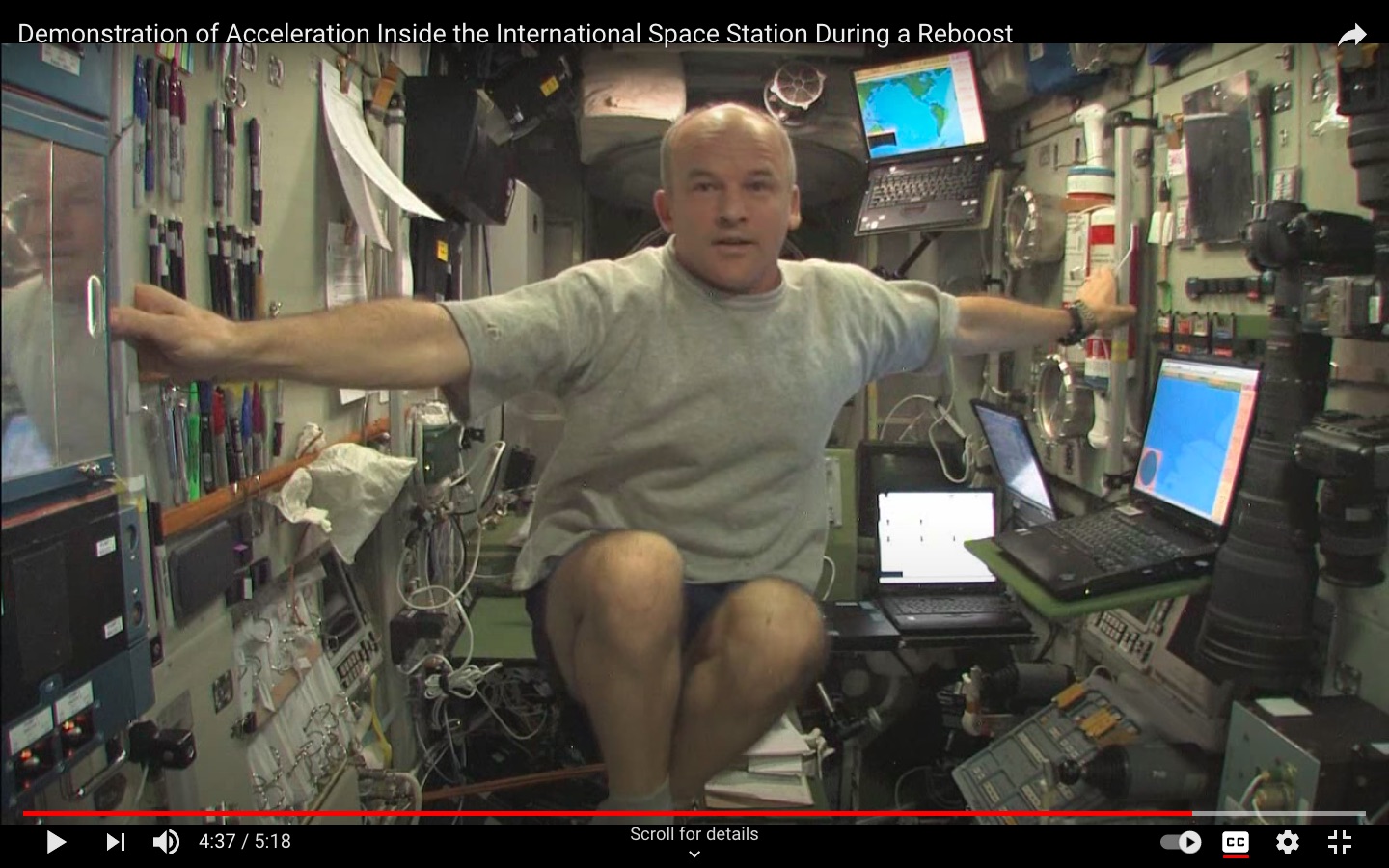 above: holding on. below: letting go, and immediately accelerating towards the back of the station. 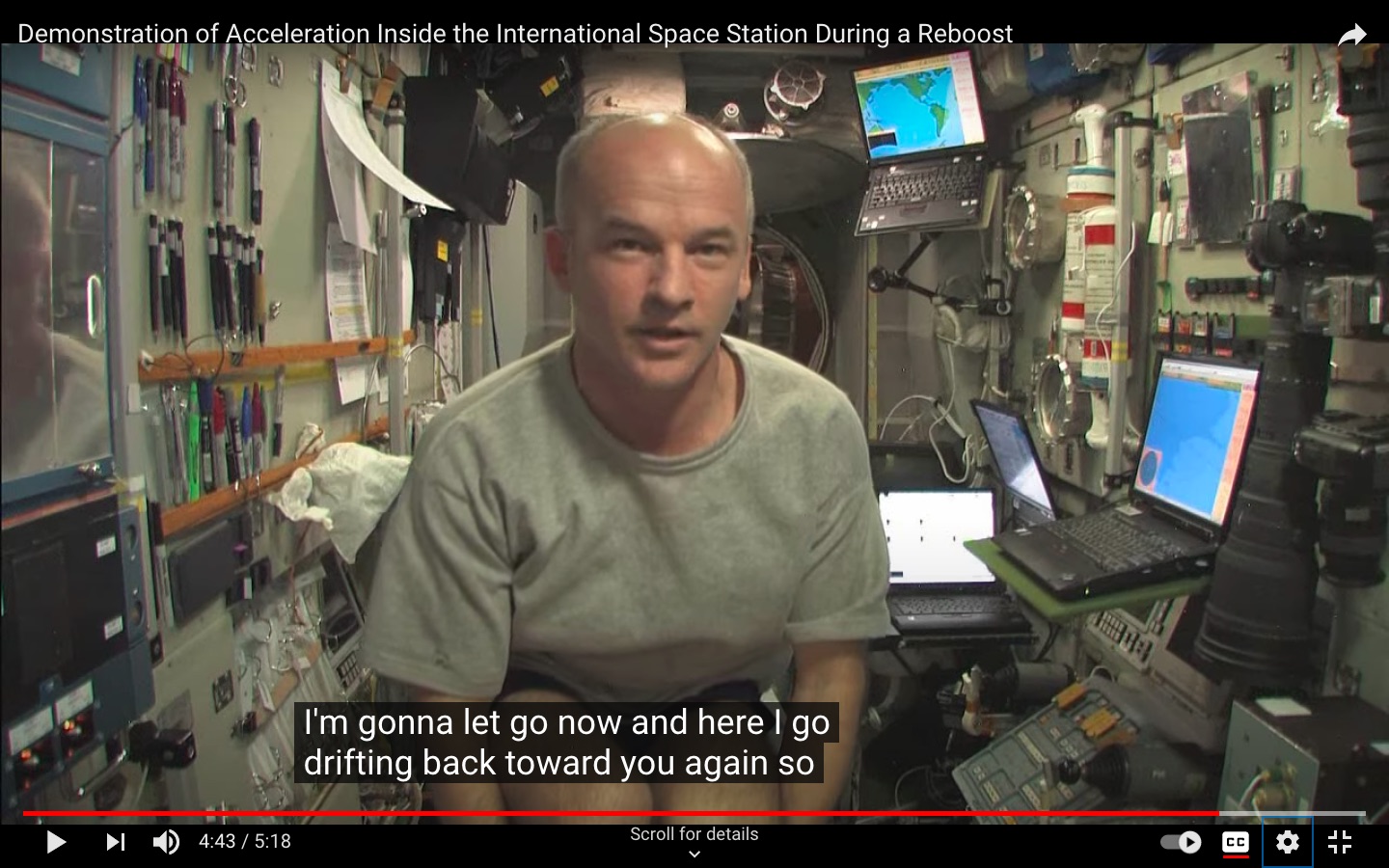 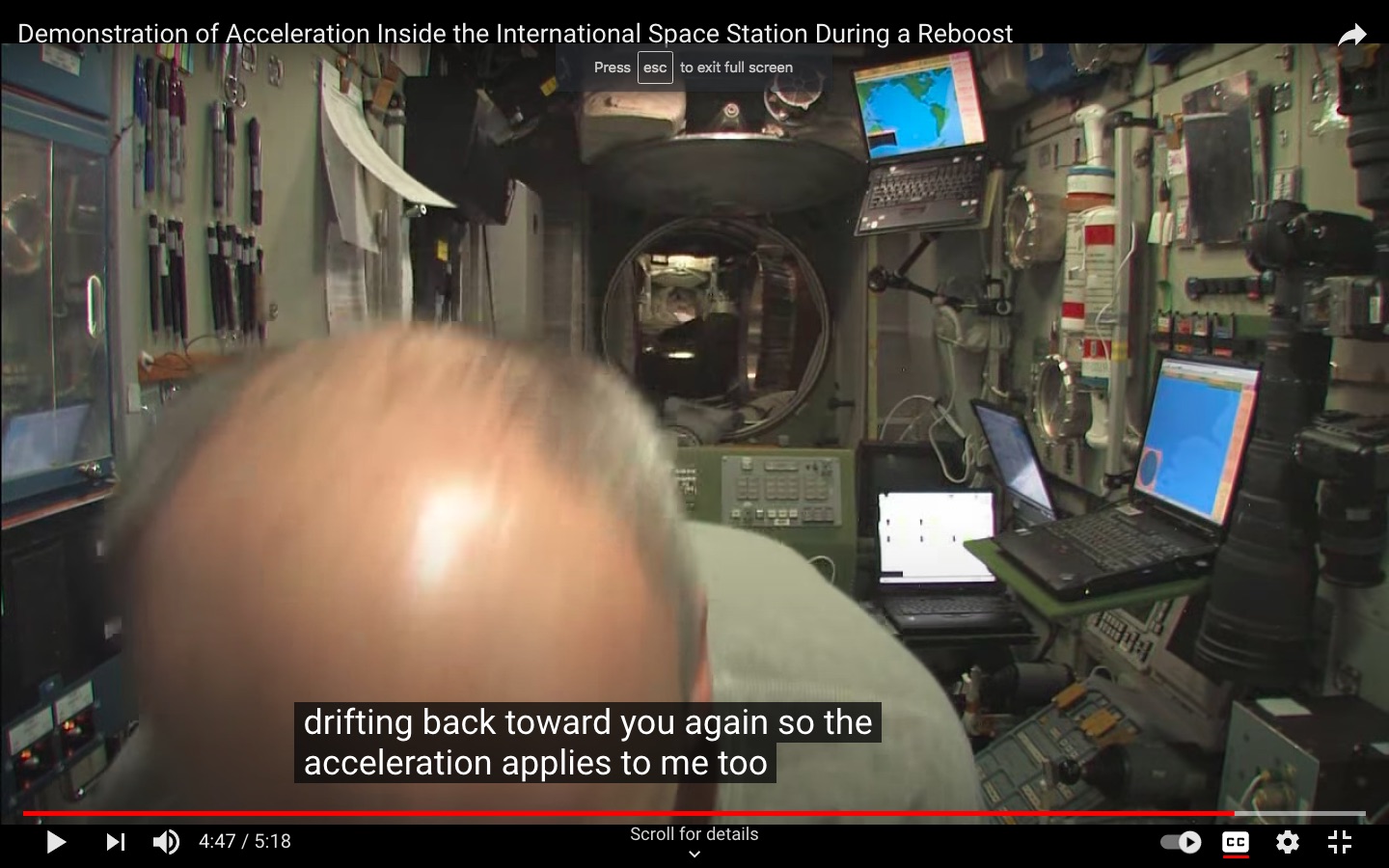 I’m going to let go now and here I go drifting back toward you again so the acceleration applies to me to.

They would have to hold on with a force of about 1.3 Newtons to keep in place.

They strap everything down first (it was suggested that good station hygiene means everything is probably already strapped down, so there should be no separate effort to "batten down the hatches" and confirm all objects were "lashed to the deck" before they say "Let's light this candle!" and begin a period of ~0.002 g acceleration, a significant departure from normal microgravity. But I'm not convinced they don't yet, so I've just asked separately:

After 01:36 in the 2nd video Demonstration of Acceleration Inside the International Space Station During a Reboost ISS Expedition 22 Commander Jeff Williams says:

OK here we are down in the Russian segment in the service module, and we don’t actually operate the reboost here on board, the ground programs it, and then the computers on board execute the reboost.

But we have insight into the parameters coming up, and it looks like we’re programmed to do a 2.7 m/s increase in our delta-v. When the engines fire, we will experience a small acceleration, not a whole lot, but it will be 0.0185 m/s^2, and I’m going to try to demonstrate that at the time of ignition, and during the burn.

I wonder how much gravity is felt by the astronauts onboard, and what do they do to avoid falling in the direction of the engine and other issues that might arise while there is gravitation? Are they fastened to the Soyuz/Dragon seats while the reboost firing takes place?

The linked videos show the astronauts will quickly accelerate towards the back of the station unless they hold on to something. The amount of acceleration in this burn is about ~0.002 g, so a 65 kg astronaut would temporarily feel like they "weighed" 130 grams. They would have to hold on with a force of about 1.3 Newtons to keep in place.

If they were asleep and wearing their "sleep seat belts" (restraints) they may not even notice it, but unrestrained they would indeed have to hold on to something during the burn. They wouldn't have to be seated or belted in, but they'd either notice that they were accelerating, or notice that they'd suddenly have to start applying a 1 Newton force where they were holding on where moments earlier it wasn't necessary.

Sometimes they make videos about what it's like to be in a significant amount of microgravity when the ISS gets reboosted. See below.

1There was a very well received (highly upvoted) primary answer but it is currently rendered invisible. Hopefully we'll see it again soon!

above: from ISS location identification; estimate size and direction of astronaut acceleration puzzler

below: from Can the ISS boost maneuver engine be heard by the astronauts on board?

You need a big rocket when you're dealing with gravity because you have to expend a lot of power simply dealing with gravity, if you can't produce more thrust than you weigh you're not going anywhere and beyond that you want to minimize the loss to gravity.

However, once you're in orbit you aren't incurring gravity losses, ginormous engines are simply extra weight and extra cost.

If you are doing something like going to another planet there is some value to engine size in that your burn is more efficient the closer to the planet it is. (Note, though, that at the cost of prolonging the mission you can reduce this--do what you can in while close to the planet, then shut down and wait to come around again. Your engine only needs to be powerful enough to take you from an orbit with a very high apoapsis to your transfer orbit in one pass by the planet. I am not aware of any mission that has done such a maneuver, though, as it's a better deal to use cryogenic propellants and they will boil away on such a maneuver.

We do see the reverse of this, though--arriving at another planet braking may be done in more than one burn.

For burns like an ISS reboost there's no issue of closer to the planet as it's not really going much of anywhere. At this point there is no benefit from a larger engine. A bigger engine is simply more cost and weight. Also, this is an engine that gets burned many times, durability is very important. Increased durability costs weight. The smaller the engine, the less extra weight.

Not the answer you're looking for? Browse other questions tagged iss artificial-gravity acceleration or ask your own question.

41
When the ISS accelerates, do the astronauts feel it?
9
How could a fast powerful rover on Mars be powered electrically?
11
What is the orbital boost acceleration of the ISS?
6
Can the ISS boost maneuver engine be heard by the astronauts on board?
2
Can we compare high microgravity to low microgravity? Can we say "what it's like to be in a significant amount of microgravity"?
3
Do standard procedures for securing the ISS before an orbital boost burn include making sure that at least large objects are securely "strapped down"?
1
ISS location identification; estimate size and direction of astronaut acceleration puzzler

34
What kind of laptops do ISS astronauts use?
32
Will the ISS need more docking ports?
11
What would happened if the ISS was depressurized while astronauts were sheltering?
9
How much crew time is required for visiting craft, at the ISS?
16
Can Dragon, or Dragon V2 be used to boost the ISS orbit?
15
Can a Boeing CST-100 be used to provide station reboost?
9
Do astronauts only perform spacewalks while the ISS is on the night side of the Earth?
3
Why does not the ISS turn when accelerating?
2
Where should ion drives be placed on a rotating space station of the lop-sided dumbbell variety?
18
What typically gets sent to the ISS?