California-based Orbit Guardians is one of a small number of startups trying to tackle orbital debris. It's difficult to tell exactly what their plan is, but based on this animation, they seem to want to deorbit droplets of NaK, which I understand from other reading tend to be between 800-900km orbits. They seem to want to sort of push the droplets (retrograde?). This is nonsense, right? Even setting aside the danger of sending little droplets down through the most congested regions of LEO, it seems technically unfeasible. What kind of delta-v would you need for this anyway?

Screenshot from https://vimeo.com/536547567 showing an NaK droplet being mechanically deorbited by first capturing it then pushing it retrograde. 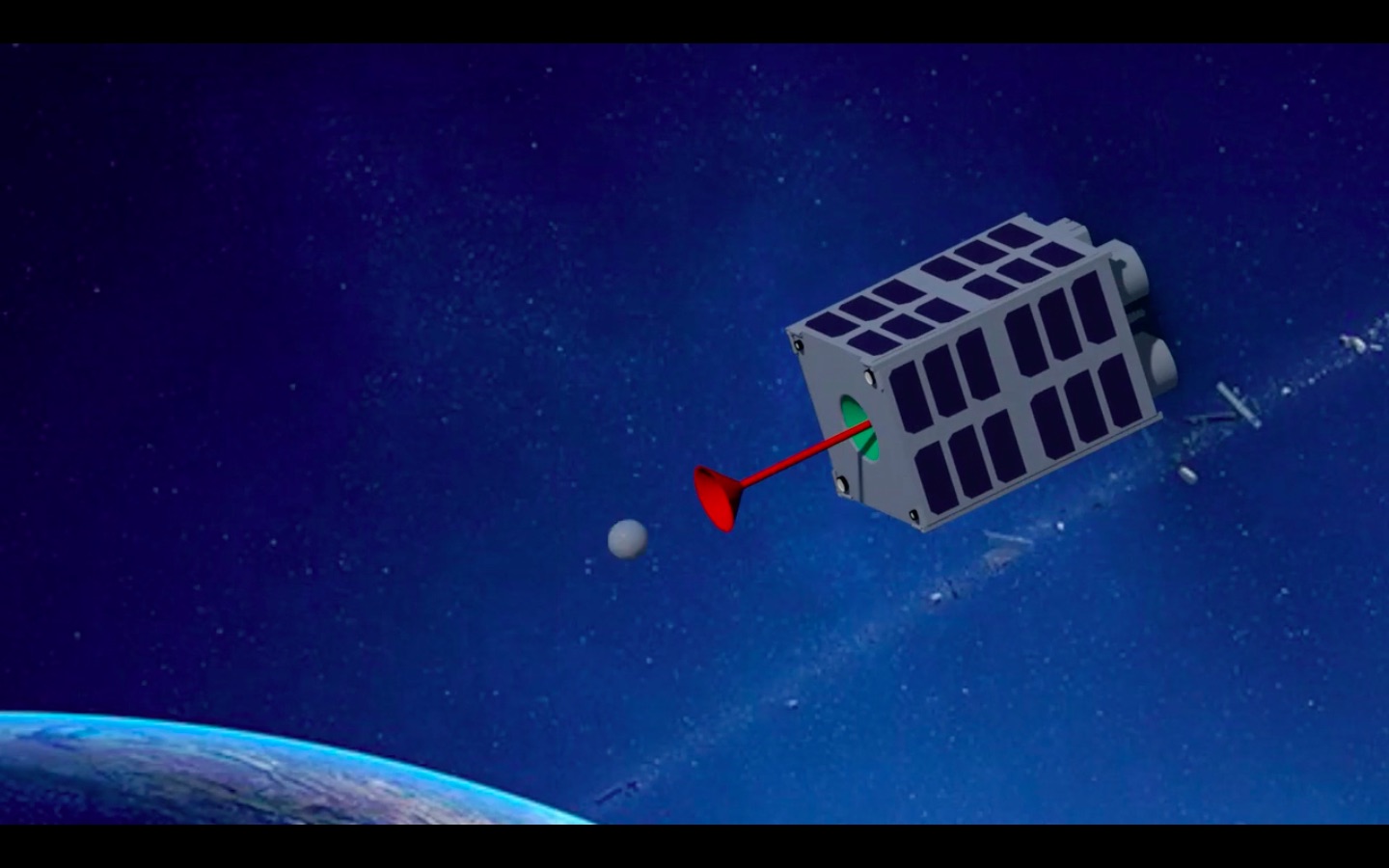 Answers to How hard do you have to throw something off the ISS to make it deorbit? are in the "ballpark" of 90 m/s (fastest thrown Cricket ball is 45 m/s).

However, at 800 km you'd need to throw it harder. Reusing my stuff from there:

So you'd have to match the orbit of the droplet almost exactly, gently capture it and pull it in, then eject it with about 200 m/s of retrograde delta-v in order to deorbit it immediately.

You would not want to do it more gently and reach only say 300 or 200 km. Even though that would eventually deorbit in say months or a few years (depending on details of periapsis and solar activity) the uncertainty in the orbit (due to the mechanics of throwing and interaction with the atmosphere) means it could hit something valuable or even crewed!

As the other answers have shown, you need roughly 200 m/s delta V to reliably and quickly deorbit such a droplet. For every gram of mass in a droplet, you need to deliver an energy of 20 Joules. An ordinary consumer-class electric jackhammer easily delivers 50-70 Joules in a single impact, so you could readily deorbit hundreds of 2-gram droplets in a single second with common off the shelf hardware (assuming you manage to hit them). Scaling this up to a single blow of several hundreds of joules once in a while won't be too hard. (Say, build a small electric motor to gradually compress a spring or some gas in a cylinder and then release it to deliver a kick.)

Not the answer you're looking for? Browse other questions tagged orbital-mechanics debris space-industry removedebris-mission or ask your own question.

27
Why exactly do robots freeze? How could we engineer around it?
26
How hard do you have to throw something off the ISS to make it deorbit?
6
What is the density of the earth's atmosphere at an altitude of four hundred kilometers?
8
How much is really known about those liquid metal droplets orbiting the Earth? (e.g. sizes, composition, orbits…) Are any actually tracked?
0
Why are there no Mass Catchers?

3
Why can't cubesats get gravity assists from space junk in Low Earth Orbit?
15
What are the conditions for re-entry of an object in a (highly) elliptical orbit?
8
Propagation of pressure waves in Low Earth orbit
5
Can one put small items in orbit, cheaply?
2
Bombing the Moon: how much debris would there be in stable orbit?
1
When would it be feasible to recycle the satellites in graveyard orbit?
5
Why does it take so long for ISS garbage to fall out of orbit?