What is the semicircular puff coming from the Falcon 9 first stage in this picture?

When I was watching the Crew 2 launch this morning, I noticed that while the first stage was coasting up and back down, it kept giving off arc-shaped "puffs". I did not see any corresponding cold gas puffs in the SpaceX livestream I was watching at the time. Does anyone know what these were?

The first stage is the lower, dimmer object in this picture. (The second stage had its engine lit, hence appearing brighter and with a large exhaust plume visible in the sunlight.) 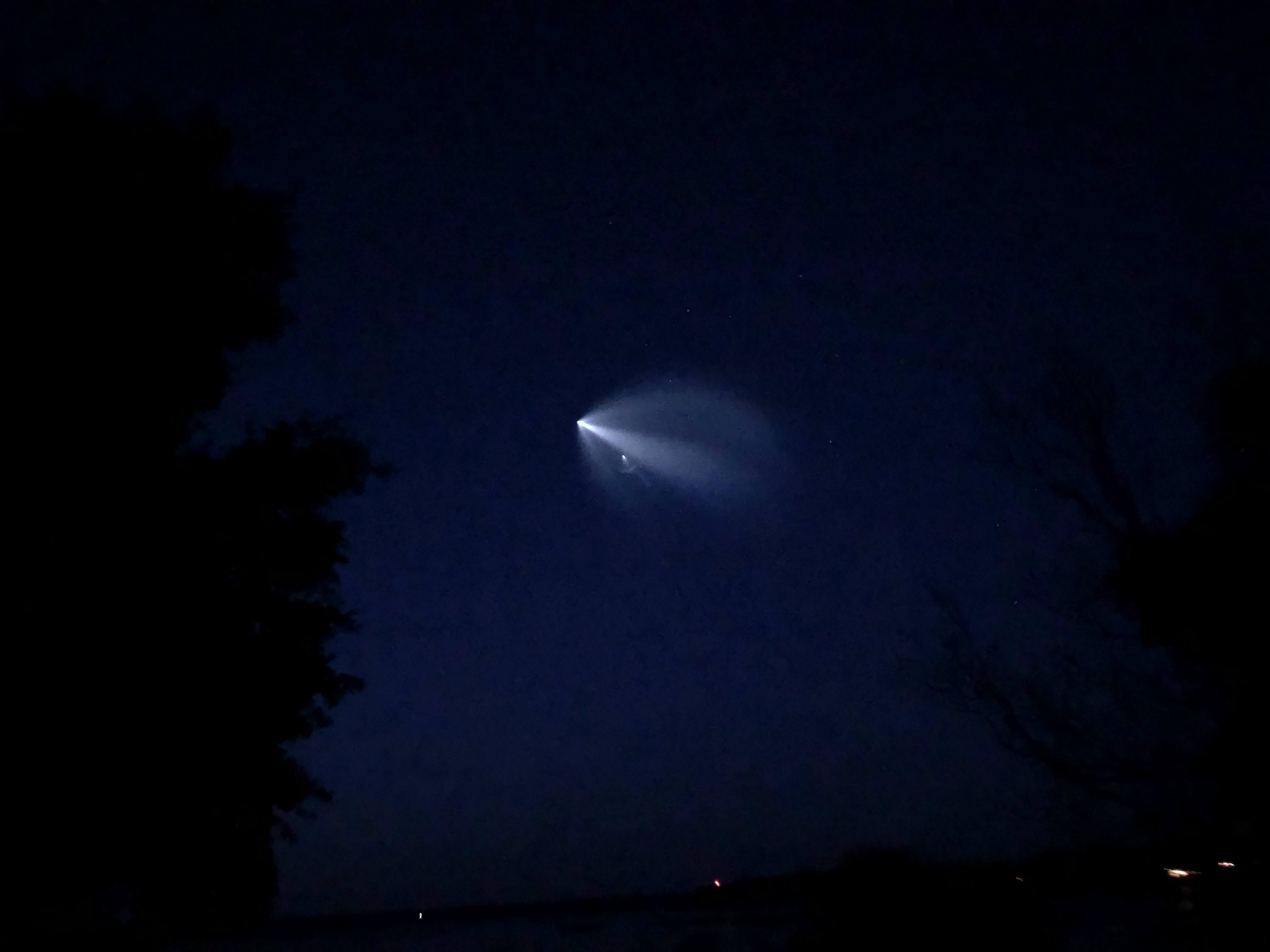 We watched the launch live from about 60 miles north of the launch site. I also had the live feed on my phone. As the first stage separated, the thrusters fired to change the orientation of the vessel. Allowing for video lag, the puffs we saw live were matched with the seconds-later video.

The video lacks "real life" resolution. We saw numerous arc shaped puffs in the solar illumination that were barely visible in the video. It's also likely that the higher quantity of thruster puffs can be attributed to the limited angle of view of the camera.

As a side note, the timeline from stage separation to the "exit horizon" created a sky full of diffracted sunlight, from the second stage engine as well as remaining artifacts from the thrusters on the first stage. Opinion: This was the most incredible launch we've seen.

Not the answer you're looking for? Browse other questions tagged launch falcon-9 plume or ask your own question.