How common is the ejection of small objects during final stage separation? 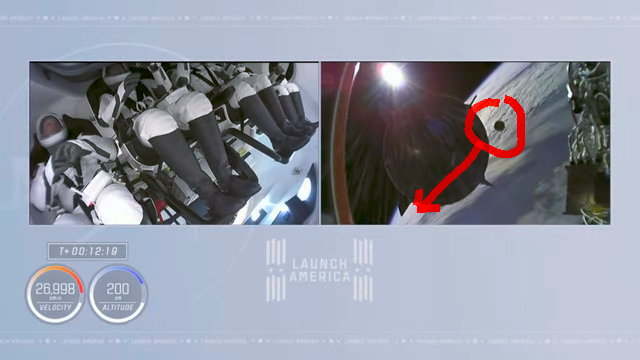 That object seen moving right to left is the reason I ask. By playing the video frame-by-frame, it seems like it's a small object close to the camera inside the second stage, and it looks like a spinning flat spacer.

How common is the release of such objects? I'm asking out of curiosity since tiny untrackable objects could pose threats I'd imagine.

I initially asked about Dragon 2, but now realizing information may not be as public as for say NASA's own vehicles, I've made the question applicable to similar launches.

Browse other questions tagged debris stage-separation or ask your own question.

6
How can someone find the mass of debris objects in orbit
3
Why is the Falcon 9 upper stage tumbling so much after separation? (SES-10)
4
How long does the upper stage stay in orbit if the payload is released on GTO?
5
Falcon 9 2nd stage pusher; how far does it continue to extend as it accelerates separation?
2
Can small asteroids in the asteroid belt be detected on the fly and how much of a threat do they represent for a human manned space mission there?
7
Why isn't the Falcon 9 first stage severely damaged by the blast of the second stage following separation?
8
How does the Dragon trunk separate from the Falcon second stage?
5
How much debris will hit the ground from the Long March 5B compared to the debris from a GTO upper stage?
4
How is it provided for that the uppermost stage doesn't orbit with the capsule/satellite together?
8
What are the disadvantages of pneumatic stage separation systems?