Why do astronauts wear spacesuits during launch?

I have noticed that astronauts in every launch I've found wear a spacesuit during launch, like this example from the shuttle. 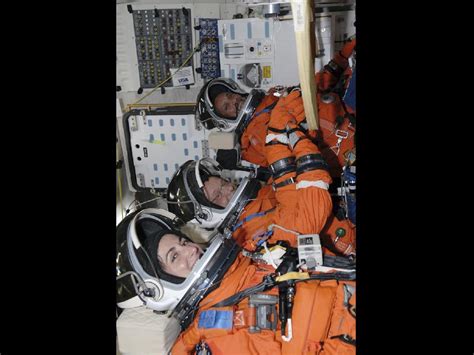 I don't understand this. What kind of problem could cause loss of cabin pressure without compromising the whole vehicle? It seems like anything serious enough to depressurize a spacecraft would just blow the whole thing up.

Are there failure modes that cause loss of pressure but not rapid, unplanned disassembly? Or is there some other reason for the spacesuits?

I am interested in the topic in general, not just the shuttle.

Are there failure modes that cause loss of pressure but not rapid, unplanned disassembly?

The 3-man crew of Soyuz 11 died when a valve was jolted open, venting out all the cabin air supply. Soyuz was redesigned after that accident to carry two crew in pressure suits instead of 3 crew in shirtsleeves. (I believe they now carry three in pressure suits.)

More generally there are any number of failure modes that could depressurize the cabin of any crewed spacecraft without destroying the vehicle. It's common, for example, for crewed capsules to have hatches which can be opened via explosive bolts; on Gus Grissom's Mercury-Redstone 4 flight, the hatch blew open unexpectedly after splashdown. If a failure like that occurred at high altitude or in orbit, the cabin would quickly vent to space without any significant airframe damage.

In such a case, it would be unlikely that the spacecraft could reenter safely, since there would be thermal, drag, and center-of-gravity issues. A micrometeoroid puncture could likewise depressurize a spacecraft, and if small enough, it could be repaired and reentry would probably still be possible, depending on the location.

@Russell hit the most important point (cabin decompression), but there are some others:

"For awareness, we have identified a late breaking possible conjunction with a fairly close miss distance to Dragon," SpaceX's Sarah Gilles told the astronauts about 20 minutes before the conjunction on Friday. "As such, we do need you to immediately proceed with suit donning and securing yourselves in seats."

Not the answer you're looking for? Browse other questions tagged launch crewed-spaceflight spacesuits or ask your own question.

44
Are there any weapons in space?
28
When/where did the cosmonauts fight wolves?