Why did the engineers at NASA's JPL put a Morse code on the wheels of Curiosity? 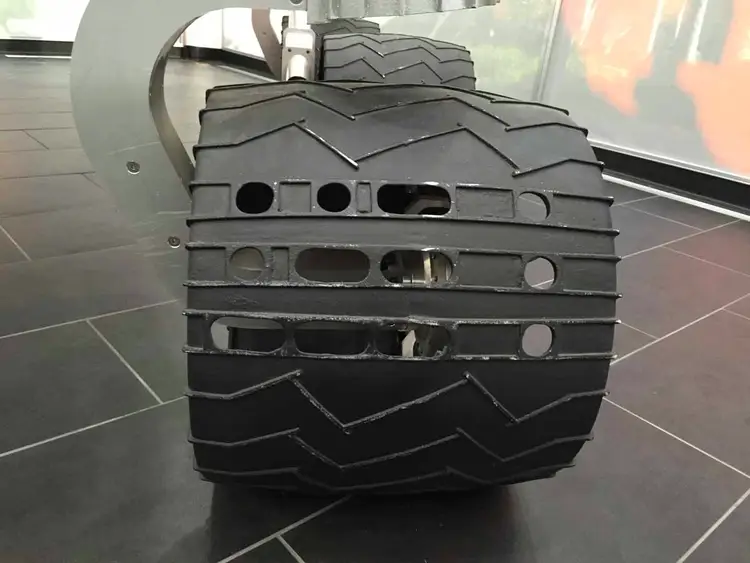 The Engineers at NASA's JPL made Curiosity's tires have a morse code imprint on them so that it would spell out JPL in the Martian soil. 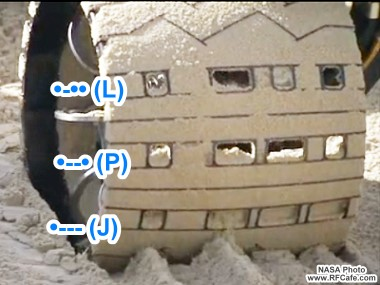 However, it has led to many cracks and deformations in the tires and has led to the scientists driving Curiosity with caution. 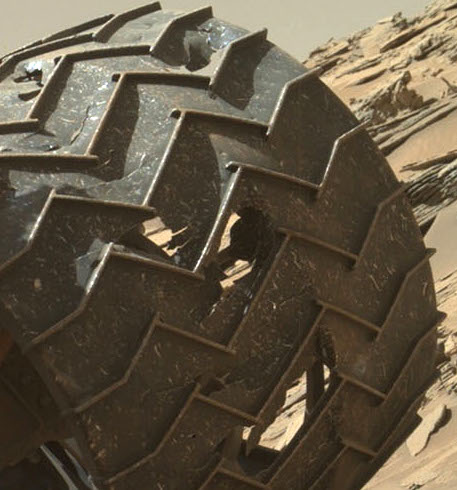 Weren't the engineers and scientists aware that the morse code pattern would inflict damage? What was the actual purpose of the Morse code? Or was it just for a fun aesthetic purpose or Easter Eggs?

They designed the morse code holes on purpose, and added holes to the wheels in order to let rocks and regolith out of the wheels. The cause of the tearing in the wheels is not attributed to the holes, but to the angular shape of the grousers, which snagged on deeply embedded rocks and caused punctures. The large, sharp, deeply embedded rocks were not found on Earth or in previous rover missions, so they didn't test for that kind of terrain in particular. Curiosity was the first rover of its size, so this was corrected in Perseverance, which has no holes in its wheels and more curved grousers to prevent sharp rocks catching as happened in Curiosity.

Edit: as mentioned by Luca below, the morse code has multiple uses, including visual odometry, letting particles out of the wheels, and the JPL meaning.

Good answers about the deterioration of the wheels, but no explanation on the purpose of the morse code.

The three letters of the code, JPL, stand for Jet Propulsion Laboratory (Pasadena, California), which is the lab which manages the rover mission for NASA.

Moreover, the morse code track is univocally recognised by the visual-odometry systems of Curiosity. This recognition is used to judge the distance traveled.

What about a more traditional odometer?

In the comments, Darrel Hoffman rightfully observed that instead one could count wheels rotation to keep track of the distance traveled. My guess is that NASA does both. In situations like that, you want as much as information as possible, with the minimum resources as possible. It is not important if the information is incomplete. Let's take specifically this case as an example. You count the wheels rotation, and the system says that the robot traveled say 100 meters. The system cannot say if the wheel slipped or actually traveled. But now the information provided by the camera comes into play. Not only one can obtain that the distance traveled was 50 meters and not 100, but you have now another information: you now know that in that particular place, the wheels are prone to slip (new information about the terrain). That is, you have a new information by crossing two potentially incomplete information.

Moreover, Curiosity must have the camera to take pictures and shot videos. So with the mechanism of the morse code (which does not occupy space and does not consume any energy), and the very same camera, you can collect further information with no extra equipment.

As commented by Freddie R, an official note from NASA about the morse code here:

The note confirms what I guessed above:

By measuring its distance relative to dozens of prominent features like pebbles or shadows on rocks -- or patterns in its tracks -- the rover can check how much its wheels may have slipped.

To add to Jezero's answer, as is covered in the link provided, the other problem is the structure of Curiosity's suspension. 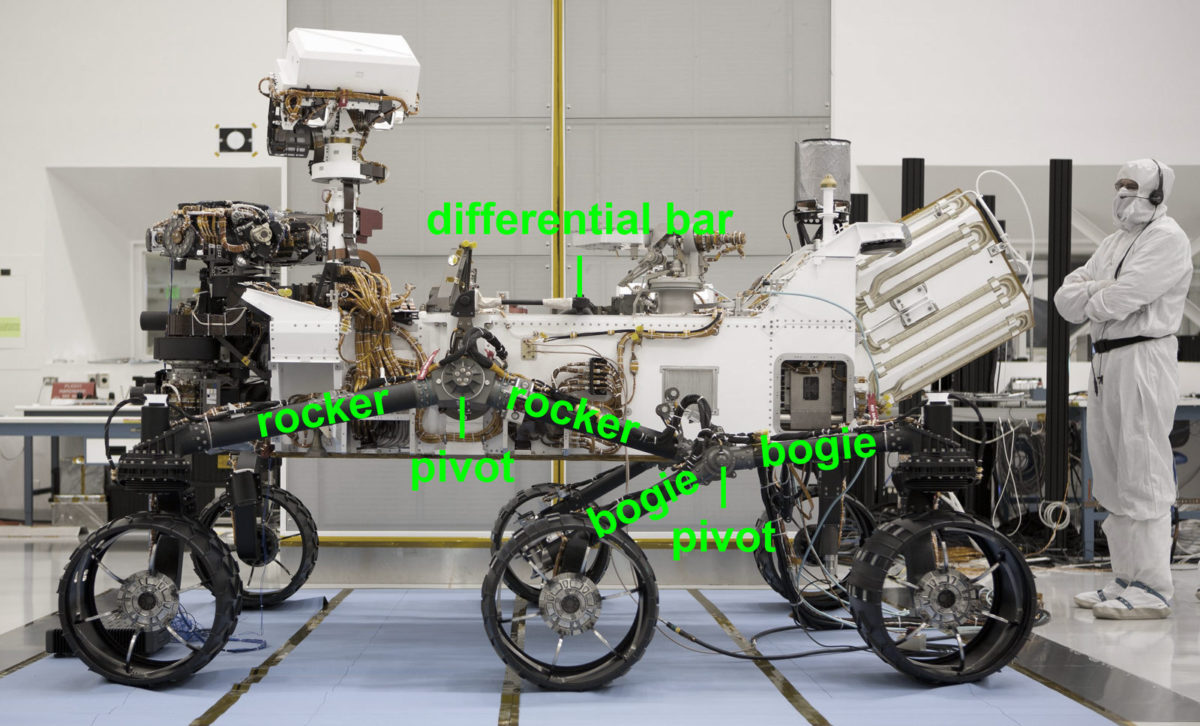 This front "rocker" and the middle section of the suspension (the "bogie") is angled downwards. This means that while the wheel can survive resting on a pointed rock, if it drives into an immobile rock (e.g. partially buried) that is sharp enough, the angle of the suspension actually forces the wheel into the rock, which then slices through.

None of our previous experience of Mars gave any indication of these buried, pointed rocks, but sadly the area Curiosity landed in has plenty.

There is also a paper published on this topic that goes even more in-depth:

59
Curiosity: Why did they "reinvent the wheel" instead of using pressure tires?
6
Why is Curiosity remaining on the Vera Rubin Ridge for so long?
2
Why does Curiosity have two images of itself on itself, or is one a QR-code?
8
How did the Curiosity rover on Mars manage to crack open a large area after drilling a hole?
2
When did Curiosity land in the Martian Darian calendar?
2
Did the Mars Science Laboratory do any science that wasn't done by Curiosity proper?
5
Why doesn't the Perseverance rover have markers on its wheels like Curiosity?
5
Why did NASA intentionally crash-land the Curiosity and Perseverance sky cranes on Mars?
7
Why did Curiosity not have a camera on board to record the landing?
1
Why did Curiosity perform TCMs?