Why are some Starlink launches announced as instantaneous and some not?

I could see a need for specific orbital-position launches to be instantaneous (such as a manned launch to rendezvous with the Space Station where time/position in orbit needs to be very precise right off the launch), but for Starlink, there doesn't appear to be that time criticality, and they seem (at least to the novice observer) to be quite independently maneuverable and time to final position isn't nearly as important.

But maybe all Starlink launches are instantaneous, and just aren't all announced as such.

I think it is because SpaceX is maxing out the performance on the Falcon 9. 60 satellites at 227 kg each (Spaceflight Now - SpaceX releases new details on Starlink satellite design) is a grand total of 13,620 kg (not including the supporting structure they are stacked on). 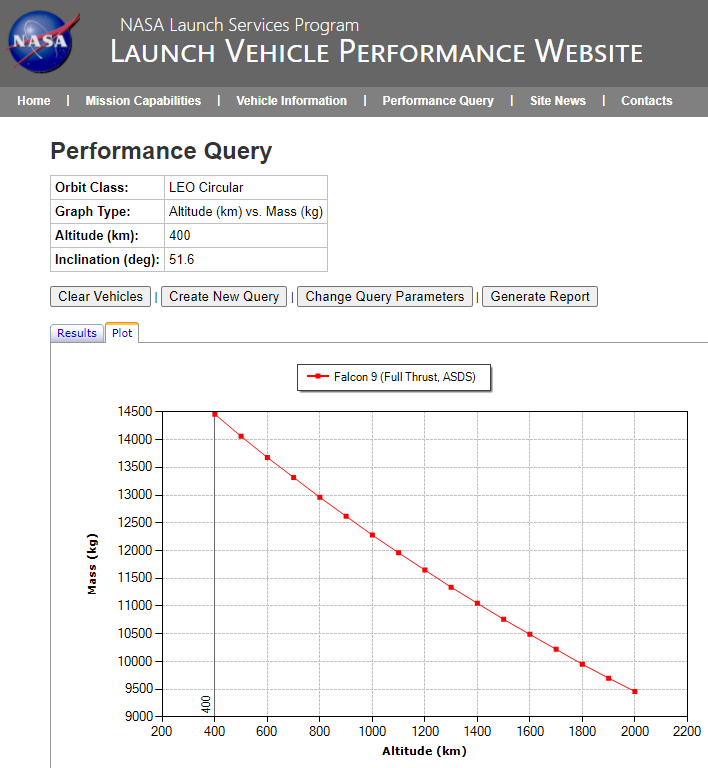 This is when landing on the droneship which all Starlinks have at least tried to do so far according to Wikipedia's launch history of Falcon 9.

Being near max capacity limits the amount of leeway (timewise) they have with launch times if they intend to place the satellites in a specific orbital plane (which is the whole point of the constellation they are building). They may be able to have a finite, non-instantaneous, launch window but the tradeoff would be the satellites using more propellant to reach the intended orbit, limiting their (revenue generating) lifespan.

Not the answer you're looking for? Browse other questions tagged spacex launch starlink or ask your own question.

4
Is there a lower limit on time-to-orbit from launch?
8
How much jerk do astronauts experience? Is there a safety limit?
1
How are satellites made "demisable" and what else do recent FAA documents tell us about SpaceX's plans for StarLink satellites?
14
Why were Spirit and Opportunity separate launches?
5
What are the bottlenecks stopping SpaceX from launching more frequent batches of Starlink?
2
SpaceX's Starlink and astronomy
13
Why is one Starlink satellite not following the adjacent one in this image?
9
Why is SpaceX deploying Starlink satellites without inter-satellite communication capability?
5
Do the ASDS barges have mission specific equipment?
3
Are Starlink satellites flaring?