What is the difference between Cape Canaveral SFS and Patrick SFB? reminds us that the US Space Force now has bases or at least stations. Wikipedia's Cape Canaveral Space Force Station links to the image below which is an inexact replica of what is shown on the official 45th Space Wing photos web page (also here.

The page provides a high resolution download and says commercial use is no allowed without permission. I take that to mean that including a cropped detail for non-commercial use will be okay, so I've included that below as well. 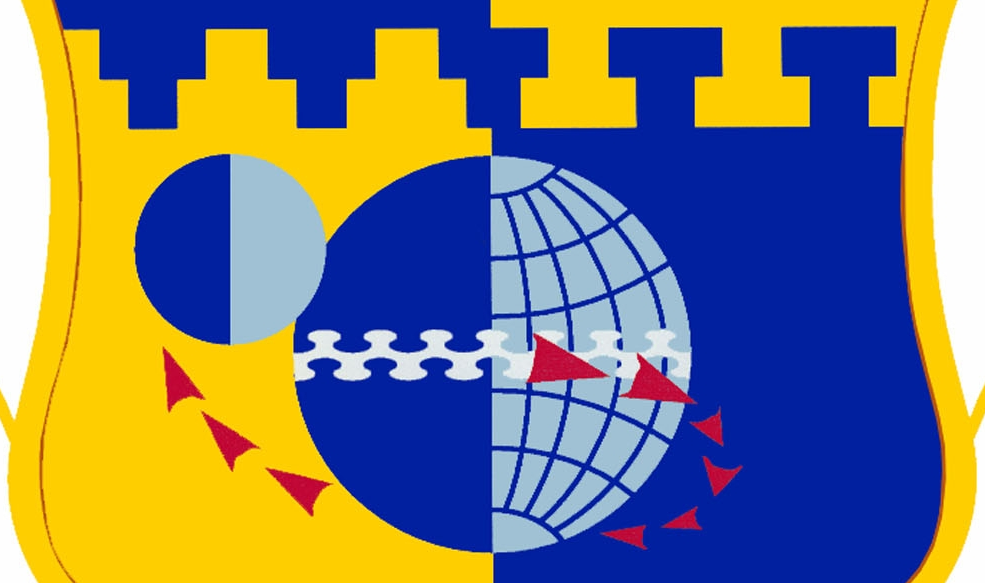 above: detail, cropped from Source below: Source 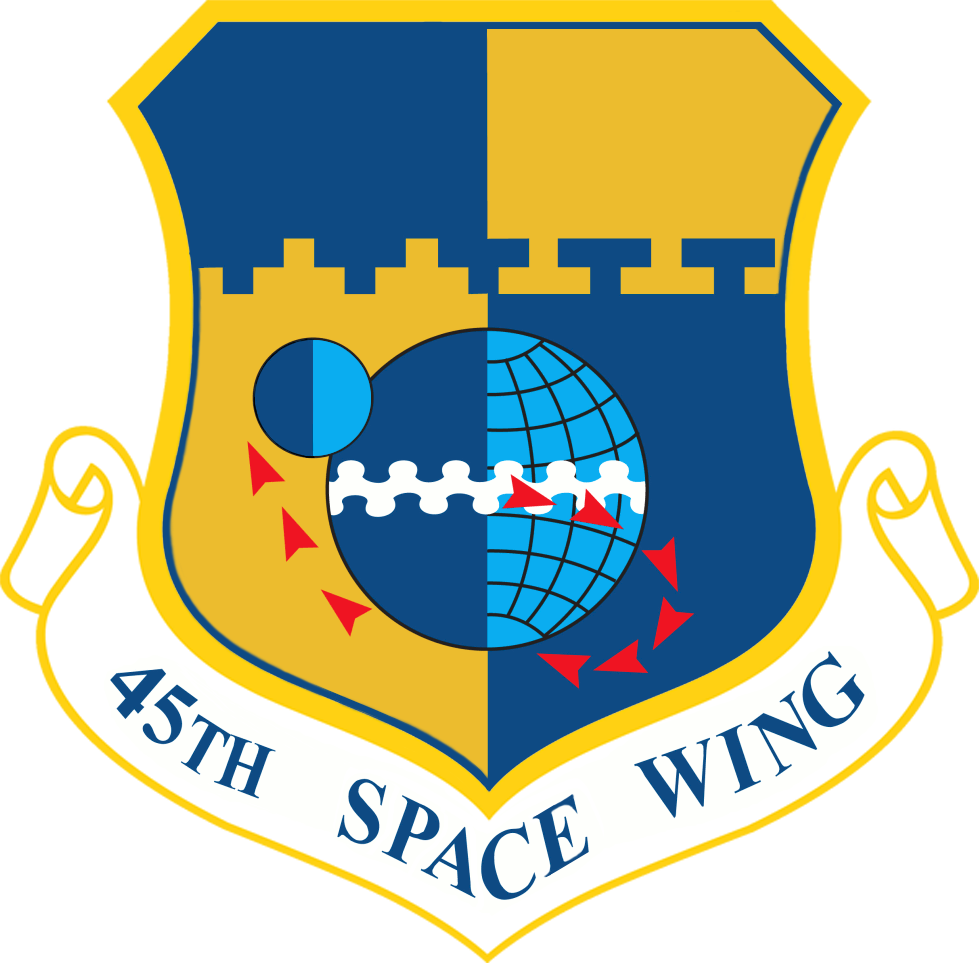 The heraldry is interpreted as follows:

a line of “Ts” representing continuous testing of space vehicles

A string of white “clouds” across the center of the large globe represented abnormal conditions weather and radiation with which range personnel had to contend. The cloud symbol was also interpreted as the string of radomes and theodolites located throughout the Eastern Range.

Nine pimento red flight arrows indicated the normal equatorial departure routes for missiles and space vehicles on the Eastern Range. They also symbolized travel to other planets, as depicted by the smaller globe. Red was chosen for the flight arrows to indicate the stresses of launch and space flight and the heat of reentry into Earth’s atmosphere.

The Wing's emblem is derived from that of the Air Force Eastern Test Range (ETR). A description of the ETR emblem contained the explanations. 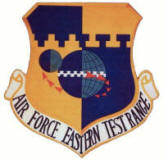 Not the answer you're looking for? Browse other questions tagged identify-this-object insignia space-force or ask your own question.

4
What is the difference between Cape Canaveral SFS and Patrick SFB?

7
Is it correct that the US wants to form a new branch in the US Military as US Space Force?
7
How far is Cape Canaveral Air Force Station from Kennedy Space Center, administratively and programmatically-wise?
2
CAPCOM Console at Mercury Control Center; what does "Desired Retrofire Setting" time display mean?
3
"Are we there yet?" (45th Space Wing's goal of being able to support 48 launches per year from Cape Canaveral)
1
Is 18 Space Control Squadron (18 SPCS) which "detects, tracks, and identifies all artificial objects in Earth orbit" a part of Space Force?
11
Can you help me identify this vehicle outside the VAB?
25
Is it normal for the US Space Force to warn companies about a possible collision (conjunction)?
4
What is the difference between Cape Canaveral SFS and Patrick SFB?
0
What is a "space launch delta", how many of them are there, and what fraction of them are assigned to Space Force?