What JPL laboratory is this exactly, and what are the functions of these amazing-looking control panels?

The (somewhat strangely named) video clip How William Shatner Changed the World - Dr. Marc D. Rayman, Chief Propulsion Engineer, NASA, JPL contains several shots of what looks like an ion propulsion laboratory at JPL. The video was uploaded in 2009 and the lab may be older than that (Deep Space 1 was launched on 24 October 1998).

Below are several screen shots of the lab, including two prominent features:

Question: What JPL laboratory is this exactly, and what are the functions of these amazing-looking control panels? 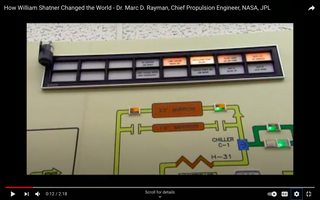 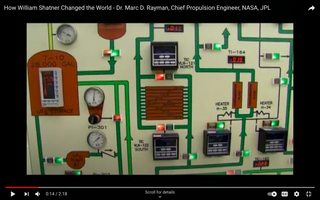 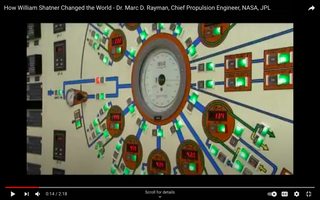 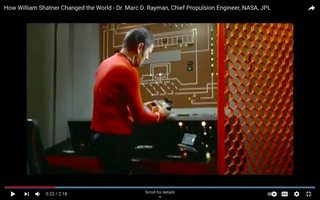 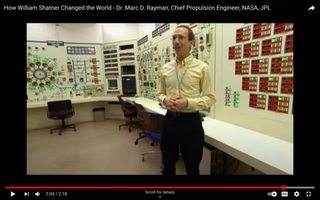 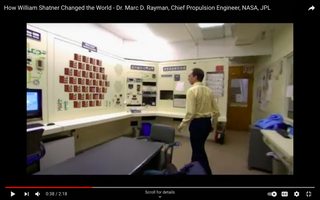 Other than the Star Trek one, these images are of the controls of the JPL 25-foot space simulator. This was built in 1961 which is why it looks like it does. It is still in use, and Ingenuity, for instance, was tested in this. Here is a blog post from someone who visited it: you can see an image of part of the control panel there.

I'm afraid I don't know the functions of the controls, although the huge hexagonal array has 'Solar Lamp Control Console' above it so it's presumably there to control whatever simulates Solar radiation. The purpose of the system as a whole is to be able to reproduce conditions that spacecraft will encounter in space and presumably on the surface of other planets.

Here (video link) is a video of Ingenuity being tested in it. (Thanks uhoh).

Not the answer you're looking for? Browse other questions tagged history identify-this-object ion-thruster jpl or ask your own question.

28
Did the FAA license the Ingenuity helicopter to fly on Mars?

14
What are these air-vent-like structures on this satellite?
0
What are these thirteen purple grape-like things inside this tank?
2
What are these two very large, round panels on opposite sides of AngoSat-1?
4
What did JPL's 1939 lunar lander look like and what practical aspects of landing on the Moon did this engineering design address?
10
What are these stacked panels on the ISS in this image?
5
Help understanding this Apollo 11 docking probe image, what are we looking at, and from where?
1
What cubesats are these, what flags are on them, and why? What's the background story?
2
What are all the kinds of electric propulsion that don't qualify as ion propulsion in standard spaceflight lingo?
2
What exactly are "launch tables" and "dog bones" in the context of SpaceX's Super heavy-lift launch vehicle, as shown in these images?
4
What are these two devices extending from each end of the Progress MS16 cargo ship's solar panels?