Does a photo with two Saturn V's on launch pad 39A and 39B exist?

There is a beautiful photo of two Space Shuttles on launch pads 39A and 39B. Apollo 10 was the only Saturn V launch from pad 39B. Were either Apollo 9 or Apollo 11 close enough in time to have two Saturn Vs occupying both pads? If yes, does a photo exist? 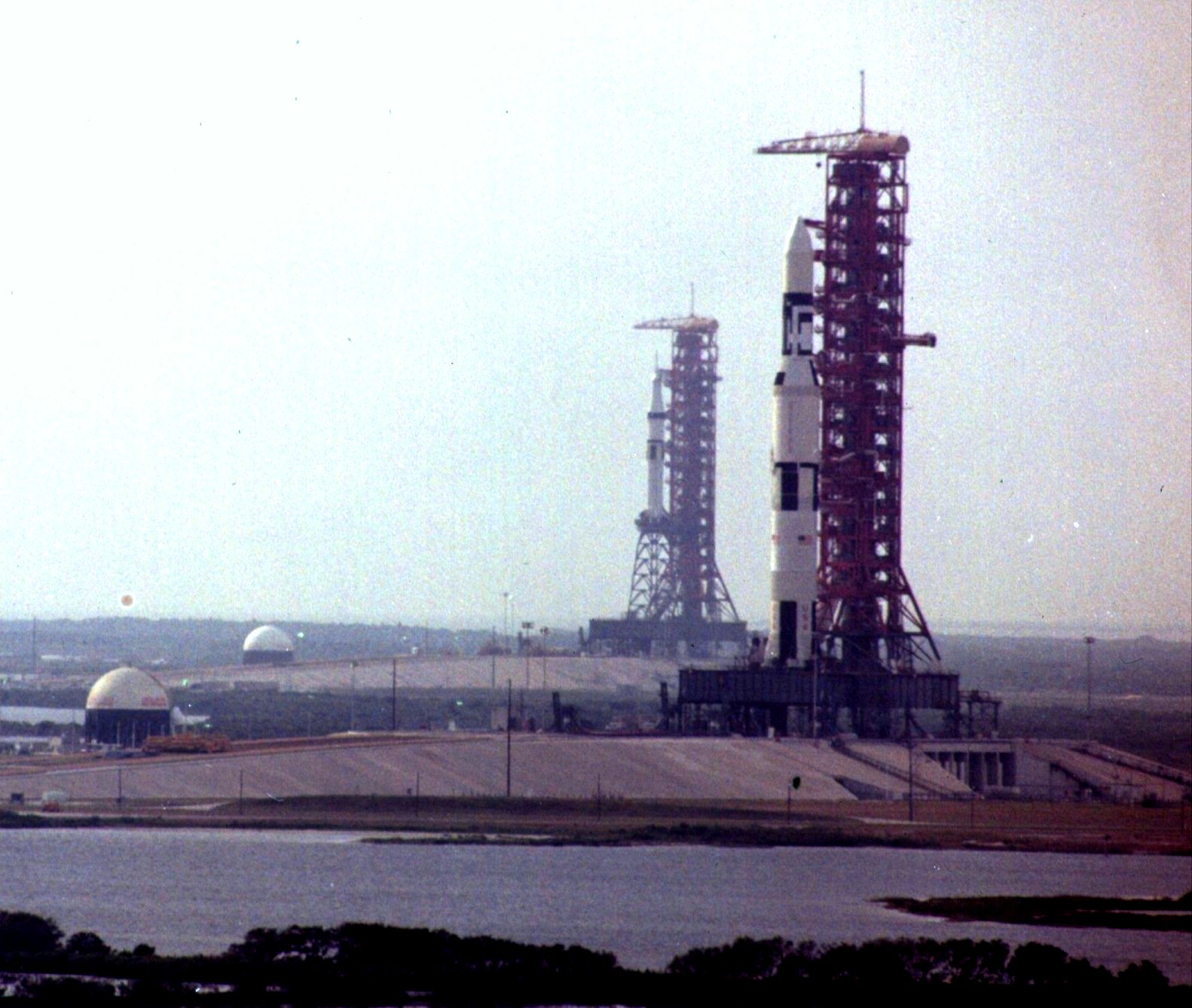 A Saturn V with Skylab and a Saturn 1B with the first crew (source: NASA) 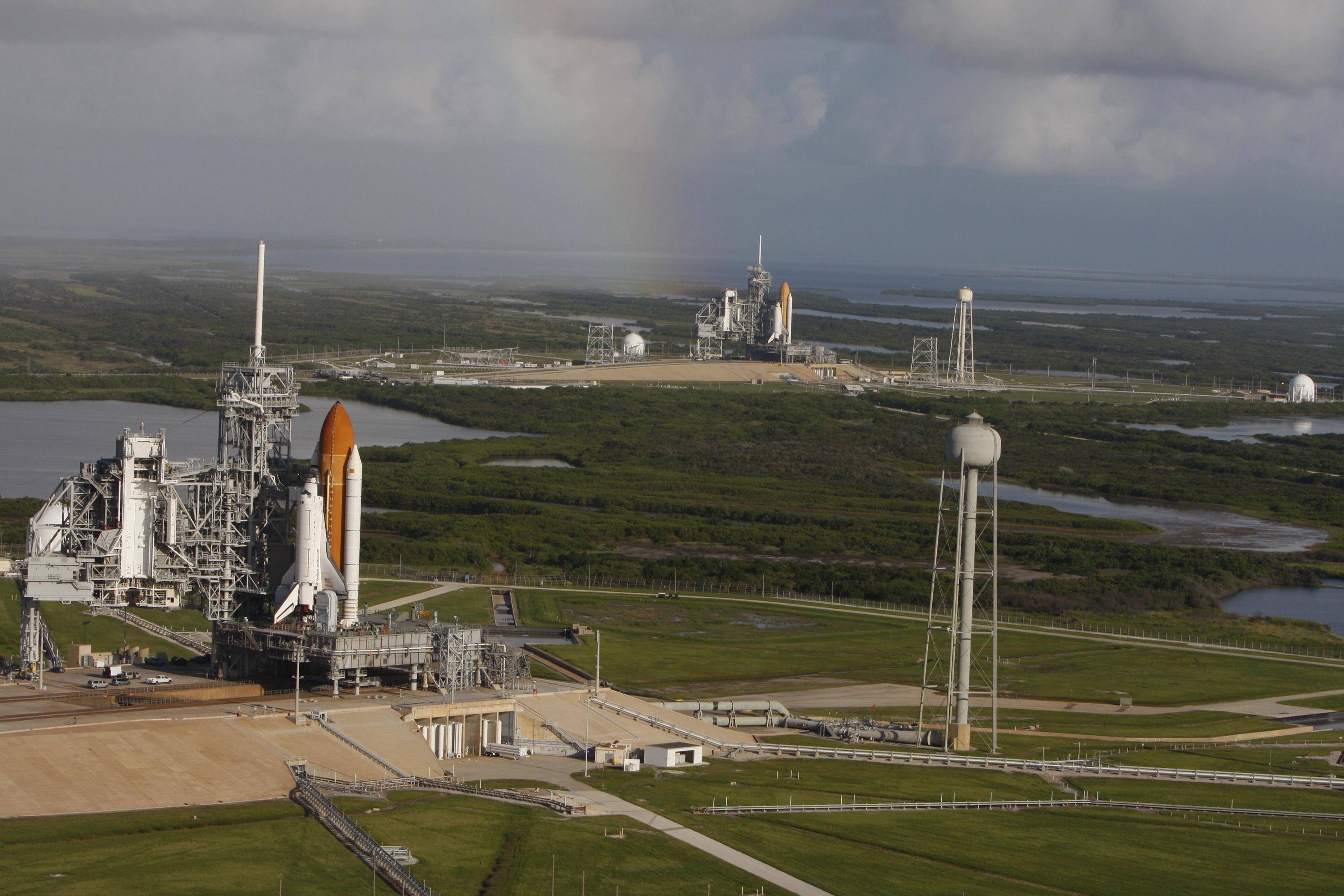 https://www.nasa.gov/feature/50-years-ago-apollo-11-rolls-out-to-the-launch-pad Has this picture of Apollo 11 rolling out to 39A, with the text:

On May 20, 1969, while Apollo 10 was on its way to the Moon, the Saturn V that carried Apollo 11 on its historic journey took the first steps toward its ultimate destination.

Apollo 10 launched on May 18. Thus, no such photo can exist.

16
In the Saturn V launch sequence, what defined COMMIT, and what happened between COMMIT and LIFTOFF?
19
Was LC39A built with a rocket much larger than the Saturn V in mind?
15
Why was the Saturn V considered to be human-rated after Apollo 6?
28
How did they access the LM to mount the flag package while the Apollo stack was already on the launch pad?
3
Technical historical books covering the Apollo-Saturn program
6
Were all three Mobile Launch Platforms ever in use simultaneously?
14
Where did AS-206 go between 1967 and 1973?
8
How was AS-212 (Saturn 1B) supposed to carry both a CSM and LM?