Are there any satellites in geosynchronous orbits that are neither geostationary nor 'wobbly geostastionary' (figure of eight geostationary)?

None of the examples in this question: Are there any satellites in geosynchronous but not geostationary orbits? are nothing like geostationary. They still stay above the one side of the earth. What about satellites that go around the earth exactly twice per 23h 56m 04s? Or some other whole number of times? They are also geosynchronous because after one revolution of the earth they are back above the one point on the earth's surface. Or in the other case, after exactly two revolution. This is an unusual sense of the word 'geosynchronous', but a valid one. It is this type of geosynchronous satellite that I am asking about.

artificial-satellite geostationary geosynchronous
Share
Improve this question
edited May 8 '21 at 5:50
Matthew Christopher Bartsh
asked May 8 '21 at 3:14

I went to https://celestrak.com/satcat/search.php and downloaded the CSV version then sorted it with the scrappy script at the end. I kept data where the periods were between 1434.0 and 1437.5 minutes because there was a pronounced peak there.

Geosynchronous satellites are always jiggling around due to imperfect station keeping or being caught in the middle of a slow, electric propulsion induced station-keeping or longitude-changing maneuver.

Note also that when folks want to "park" two or three (or more?) satellites in the same longitude slot, they use slight offsets in both eccentricity and inclination to create a "special kind of wobble" that is very small, but reliably keeps them from hitting each other for a while. How does the "eccentricity-inclination vector separation" technique work for colocated GEO satellites?

But I found about 10 geosynchronous satellites with moderate eccentricities between about 0.06 and 0.14, and a few very high-fliers with larger eccentricities.

Are there any satellites in geosynchronous orbits that are neither geostationary nor 'wobbly geostastionary' (figure of eight geostationary)? 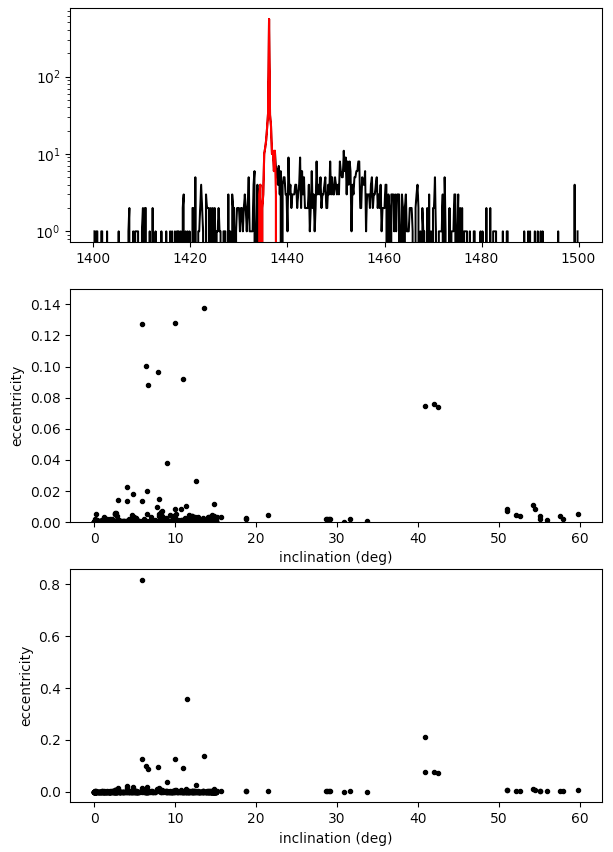 Wobbly and not-wobbly geosynchronous orbits that the OP has described: 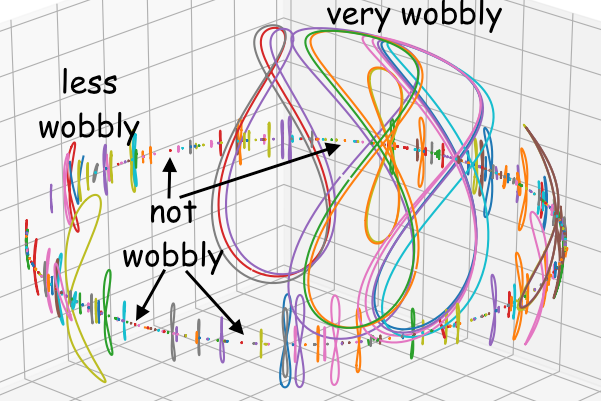 Satellites that orbit twice per day are called semi-sychronous and geosynchronous is explicitly only one orbit per Earth sidereal day. Molniya orbits are semi-synchronous, but I don't know if they are 'not wobbly'.

Not the answer you're looking for? Browse other questions tagged artificial-satellite geostationary geosynchronous or ask your own question.

45
Are there any satellites in geosynchronous but not geostationary orbits?
4
Are there terms for Earth orbits with rational number multiples of 1 sidereal day?
10
Does the "17" really mean anything with respect to GNSS orbits being rational factions of a sidereal day?
3
How does the "eccentricity-inclination vector separation" technique work for colocated GEO satellites?