Was Fidel Castro ever in a Soviet spacecraft?

This situation will not affect the territory of the Russian Federation. (all google translations)

but then poked around the same website and found the following images relating to Fidel Castro and the Cuban cosmonaut Arnaldo Tamayo Méndez.

These three images caught my interest, especially the one with what looks like it might be Fidel Castro sitting in an early spacecraft.

Question: Was Fidel Castro ever in a Soviet spacecraft? If so, which one? Is this it? When? Was he in or did he see any others? 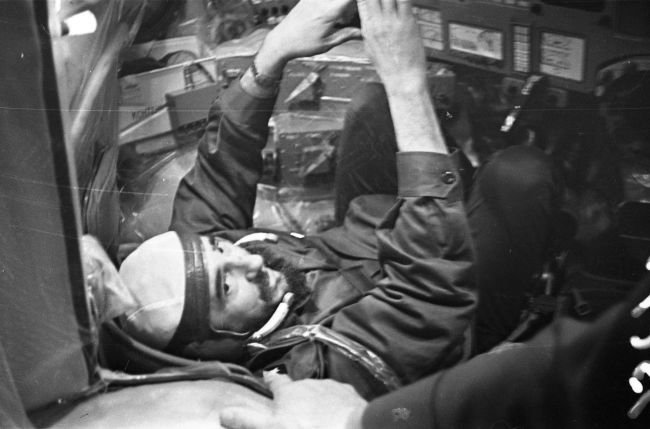 below: click for larger; the last one is from the same article (which I can no longer find). 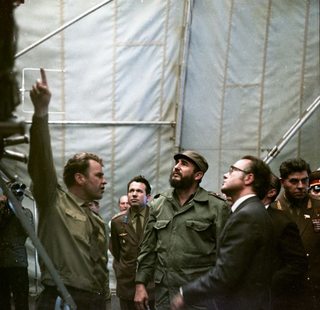 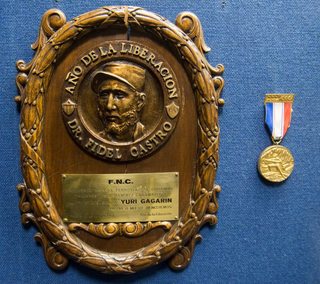 history soviet-union
Share
Improve this question
asked May 9 at 4:52

Fidel Castro visited the Soviet Union as part of a whirlwind tour in 1972.

The simulator was used for practicing changing out optical elements used in procedures like docking.

Fidel was in the simulator, but donned only headgear, as he is still in his normal military clothing in the OP's photo. 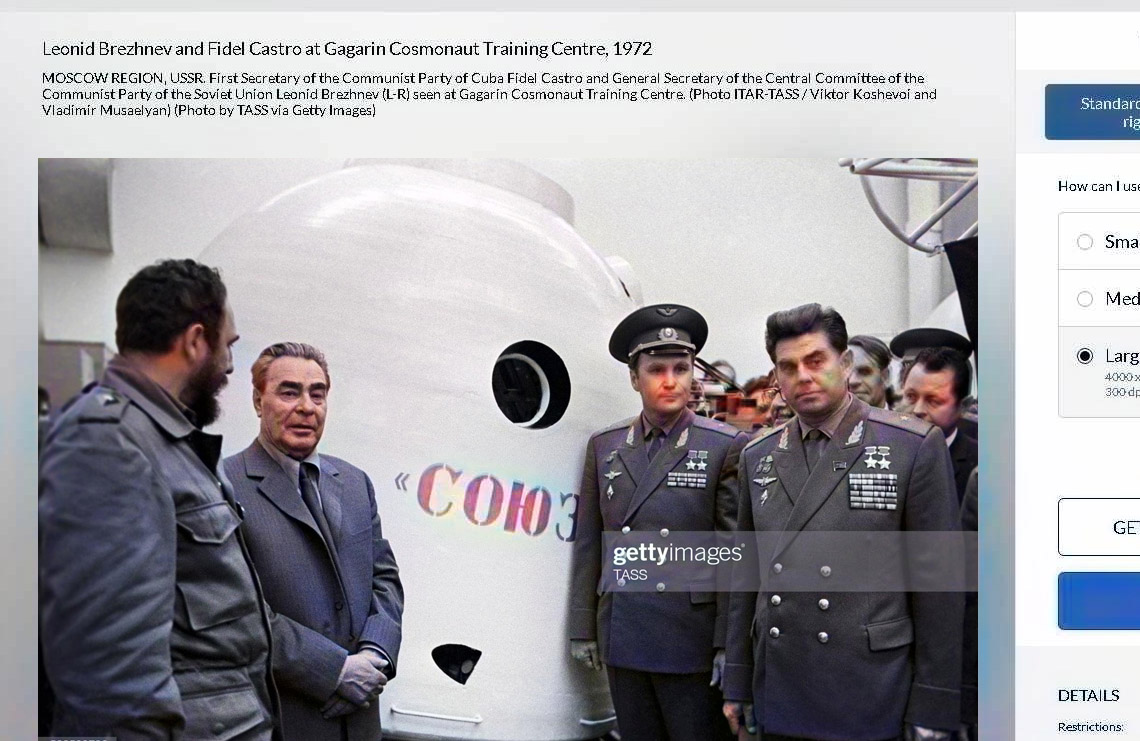 They are outside the Volga training capsule (used for Soyuz training) 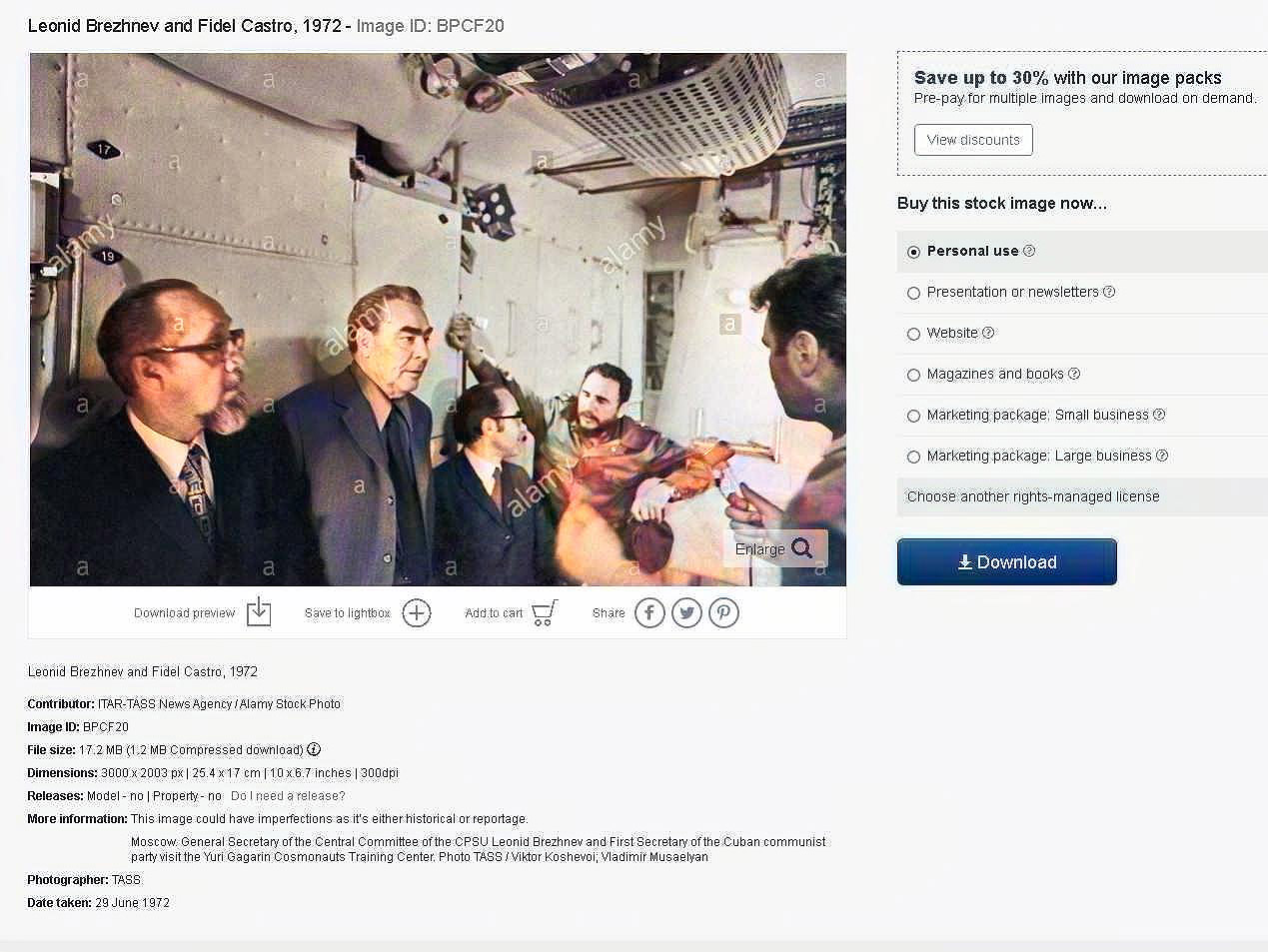 I believe that they are actually standing inside the military space station Almaz (diamond)1, or at least a back up or training version.

Reason being is that early Salyuts did not carry the The Agat-1 photo-camera, which is the huge conical object that Castro is leaning on.

Almaz 1 was launched the following year in 1973.

Update: Extra picture research shows it is the same Salyut-2 (Almaz/OPS-1) military space station as seen in other photographs. 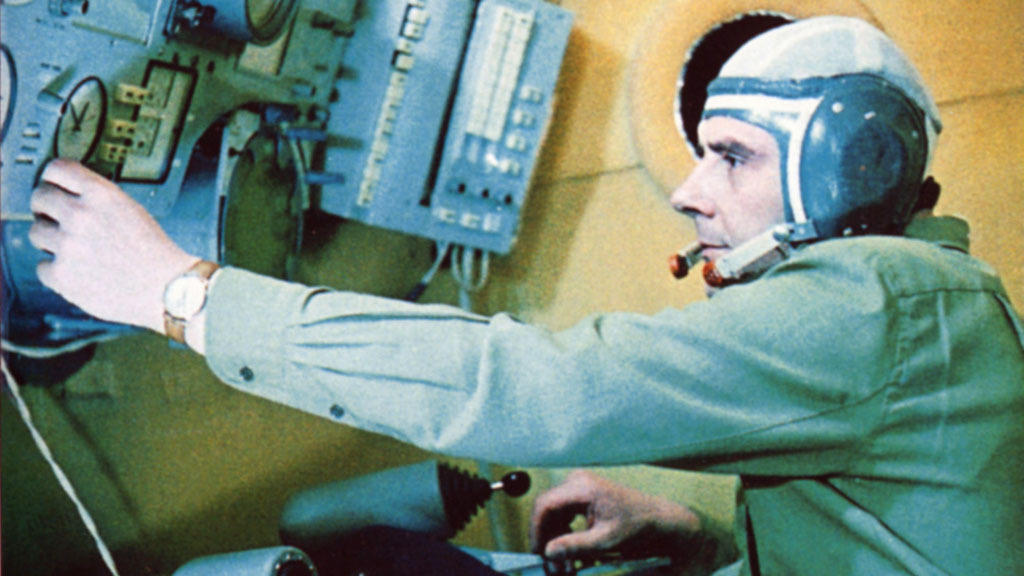 This is a photo of Vladimir Komarov who would later be lost in 1967.

Here he is training, and the early Soyuz control panel matches the one that Fidel Castro is sat at, in the OP's photo. 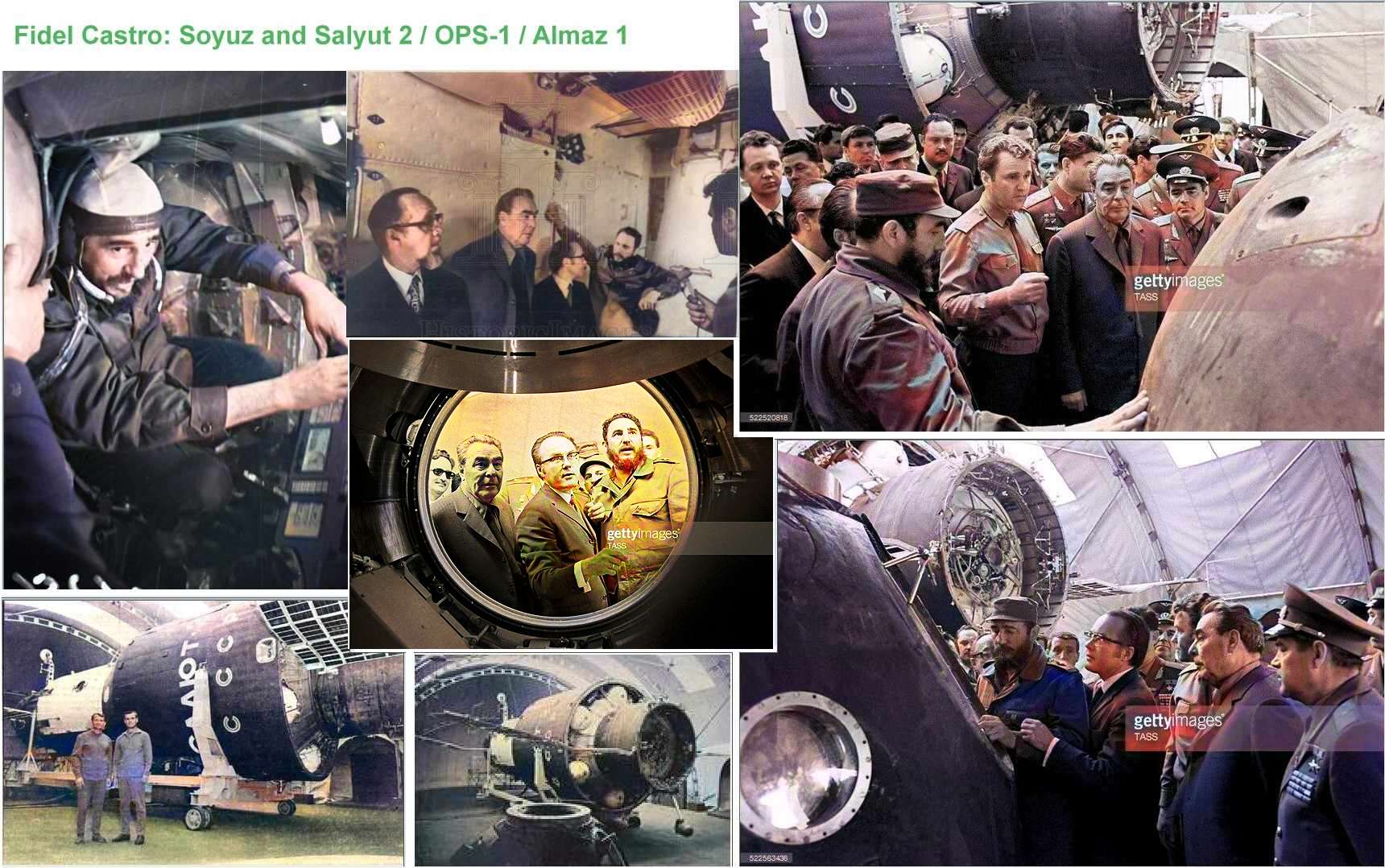 Not the answer you're looking for? Browse other questions tagged history soviet-union or ask your own question.

0
Was the teletype machine on MIR the first printer in space? Is there a photo, and what frequencies were used?

12
Was the R-7 the first two stage rocket of the Soviet Union?
2
Better source for the 1967 photograph of Surveyor-1 by Lunar Orbiter-3?
23
Was the Soviet N1 really capable of sending 9.6 GB/s of telemetry?
7
What Soviet signals (if any) attempted to scramble communication and sabotage Apollo missions?
8
What's the record for the fastest trip to the Moon?
2
What did Luna 3's illuminator illuminate and why did it need a cover?
5
Why were later Russian engines inferior to the NK-33?
6
Soviet Luna 16 Spacecraft
7
What was the first Soviet spacecraft that could recharge its battery it each orbit? Where were the photovoltaic cells made?