What standard was used by NASA to certify the Dragon capsule controls as safe for crewed flight?

After watching the livestreams of Crew-1 and Crew-2 missions, I was curious about the certification the capsule had to go through, especially with the new control panels which seem to be largely touchscreens.

Of course, by now touchscreens are a mature technology. Using a large screen can possibly convey more information than an array of physical buttons and readouts of the same size. It also makes the whole solution smaller (and indeed, the Dragon capsule is roomier than Soyuz, for example). However, touchscreens in industrial and automotive environments have also received criticisms such as: while driving a car it is easier to reach and feel for a button than find it on a touchscreen.

It seems to me that touchscreens present another issue: you can't reliably tell whether your input has been registered or not. With a physical button, you always know if you pressed it or not. With a touchscreen, it can be more ambiguous.

My question is: surely there must have been some tests or certification done by NASA to ensure controls works as expected. Since the control panel of Dragon used such a different setup, were old standards applied or were new ones developed? Are those standards available to look through?

spacex dragon human-rating
Share
Improve this question
edited May 13 at 11:29

On the other hand, that I am not privy to this information means I can answer this question. (I could not do so if I was privy to this information.) I am very sure that this is exactly what was done. For one thing, the Cooper-Harper rating scale has been used for over half a century. For another, during the Dragon Demonstration Mission 2 (the first Dragon mission that involved people who were in the vehicle; Demo One was uncrewed), the crew said that the vehicle responded exactly as they had been trained in simulators. 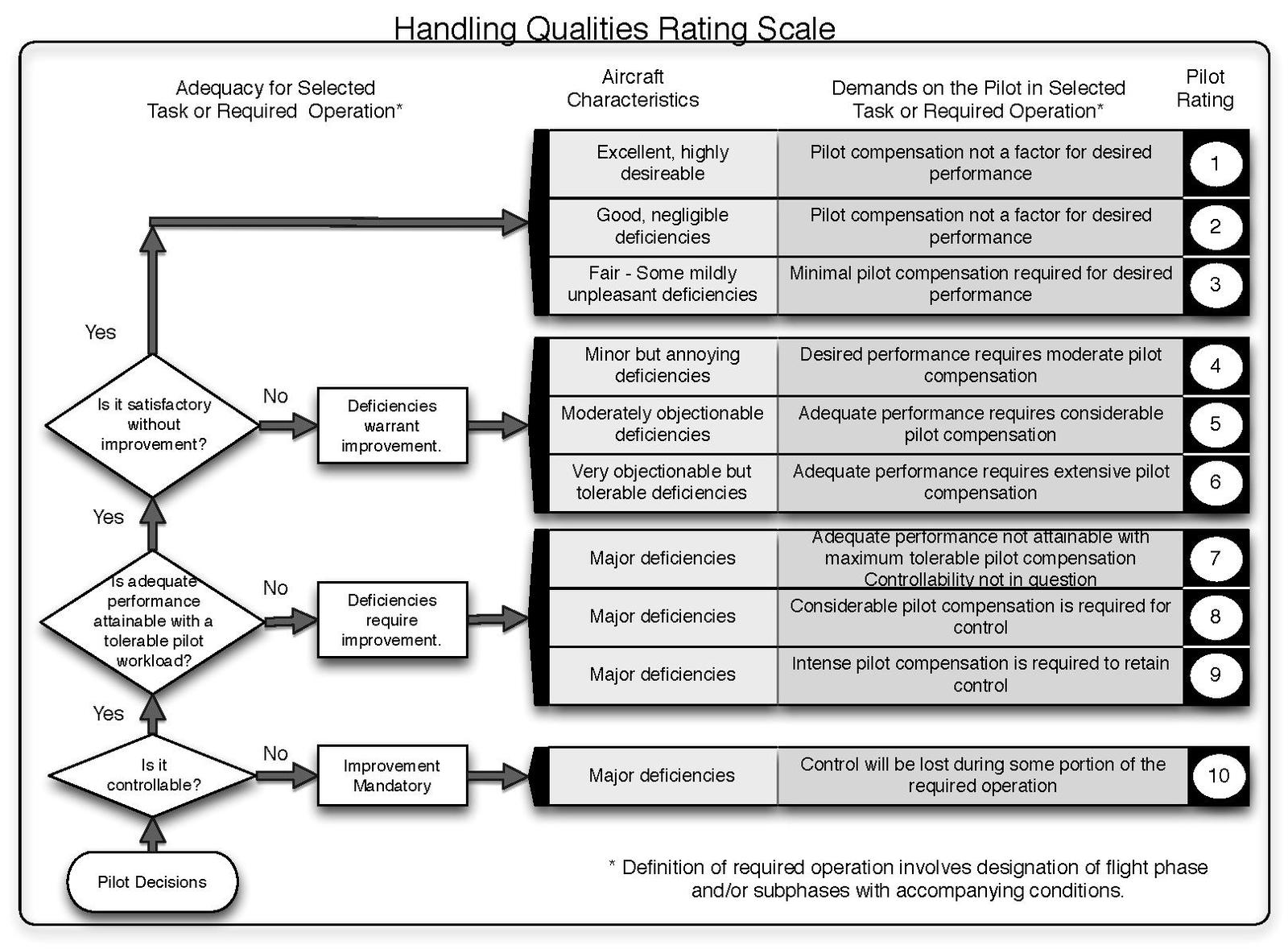 The next major decision point asks about the tolerability of the workload. If the workload is not tolerable, the score is a nine, eight, or seven, depending on exactly how bad the workload is. The X-15 passed the controllability test but failed the workload test. People died as a result.

The scale has been extended beyond ability to pilot a vehicle. The extensions retain the upside-down nature of the Cooper-Harper scale, where a one means perfectly awesome and a ten mean perfectly awful.

Sorry, I can't truly answer the main question, as I don't have access to that information. This is more of a general answer to OP's statement:

you can't reliably tell whether your input has been registered or not. With a physical button, you always know if you pressed it or not. With a touchscreen, it can be more ambiguous.

In fact, the same can be true of traditional keypad/physical switch interfaces. Yes if you flip a toggle up or down it is unambiguous. But a pushbutton? Not at all, unless it lights up when activated (common in some systems for exactly the reasons enumerated here, but not in typical consumer products).

There are some different types of touchscreens in terms of hardware, but that is the easy part - I suspect that being usable with both gloves and bare fingers and other basic physical issues determined the hardware technology used.

The end result is that the touchscreen interface may not be as slick as Android or iOS, but can still provide cost and space savings over traditional hardware.

Not the answer you're looking for? Browse other questions tagged spacex dragon human-rating or ask your own question.

17
Did the ISS have to adjust its course when the SpaceX Dragon capsule was detached?
7
What Dragon was used in May 2015 Pad Abort test?
19
What payload was expected for the 2018 Mars Dragon flight (“Red Dragon”)
5
What prevents the current Dragon capsule being used for crew?
3
What is the expected date for the first Starship 20km test flight?