Was there a mechanism to vent fuel cell reactants on the Shuttle orbiter?

Related to my recent question: Why was the Space Shuttle Orbiter's in-orbit time limited?

I was told a limiting factor to time in orbit is that the cryogenic gases used as reactants by the Shuttle's fuel cells would be vented when not used due to pressure buildup (from heating). I was told 1) being a closed-loop system[1] is unrelated 2) the cooling system[1] of the fuel cells would not be considered in normal operation if there's [little to] no draw.

Q: Was there a mechanism to vent fuel cell reactants on the Shuttle?
If yes, what were the conditions required?

The Power Reactant Supply and Distribution (PRSD) aka cryo tanks on the orbiter had relief valves that fed manifolds that vented overboard, H2 on the starboard side, O2 on the port, both over the wings. This shows the starboard side. 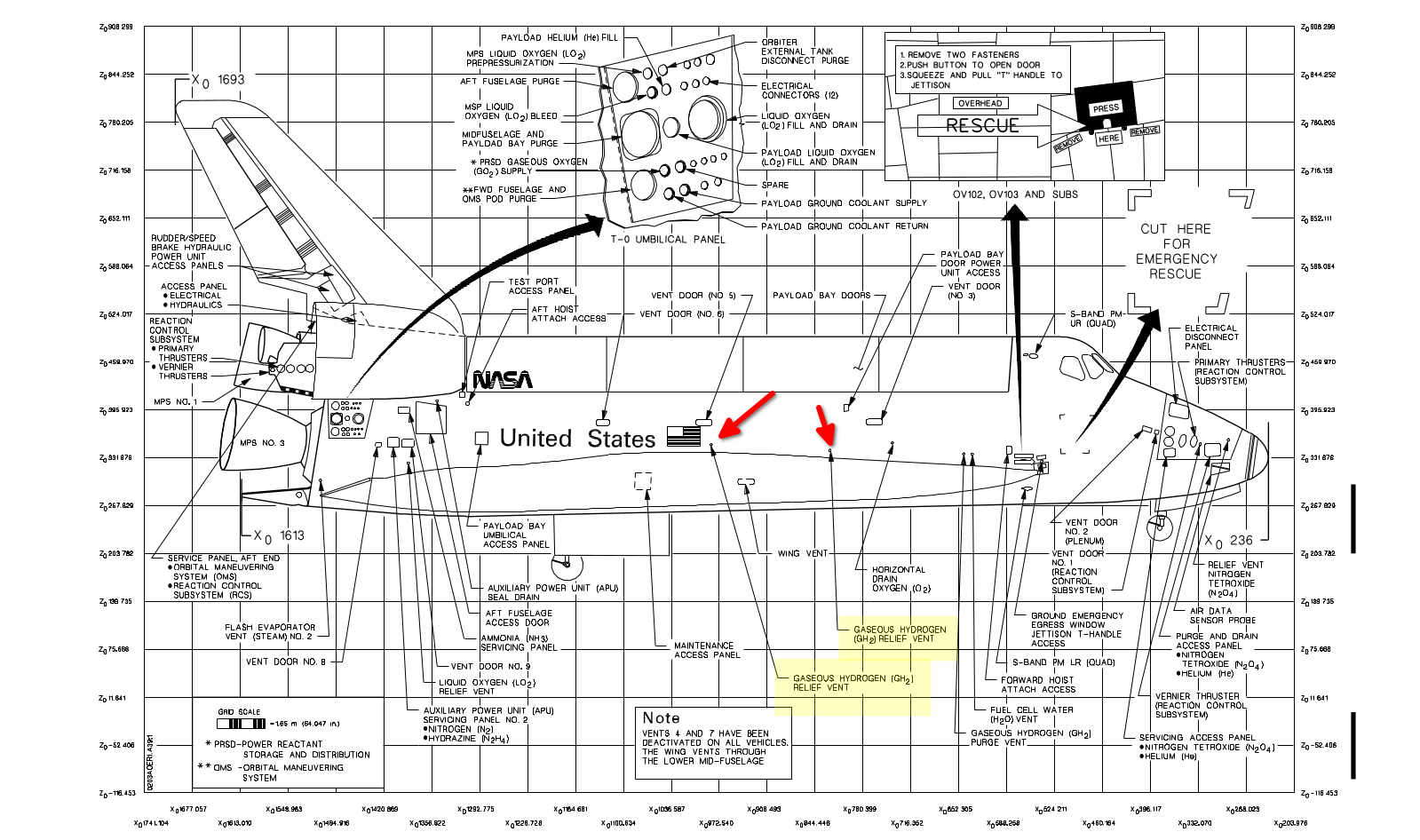 Here is a drawing showing the overboard relief from the Press Manual. 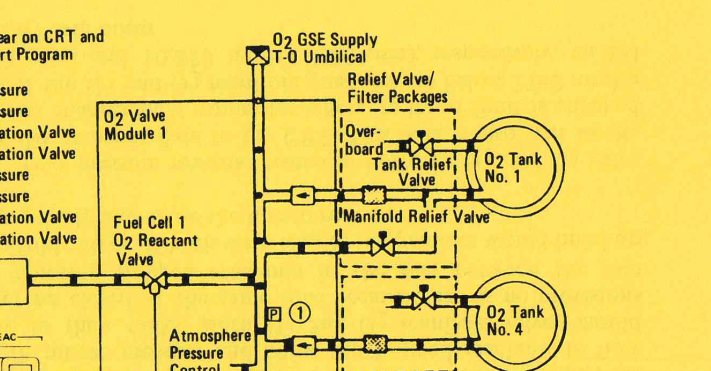 The other answer is talking about the "manifold relief valves" which allowed an isolated, overpressurized cryo manifold to relieve back into the tanks. It was not a tank or overboard pressure relief system.

AFAIK this never happened in the history of the program. EGIL (the flight control position responsible for the electrical system) would have been in big trouble. The PRSD tanks were vacuum insulated (I know it sounds redundant, but the Orbiter did operate in the atmosphere) and normal usage kept the tanks below the crack pressures. In fact normal ops was turning heaters on to keep the pressure up.

You could also vent reactants through the fuel cells themselves - this was called "purging". The valves that did that were not pressure operated though, they were opened by the crew. This purging was done routinely, every flight.

Addendum showing what a normal pressure history in the tanks was like: 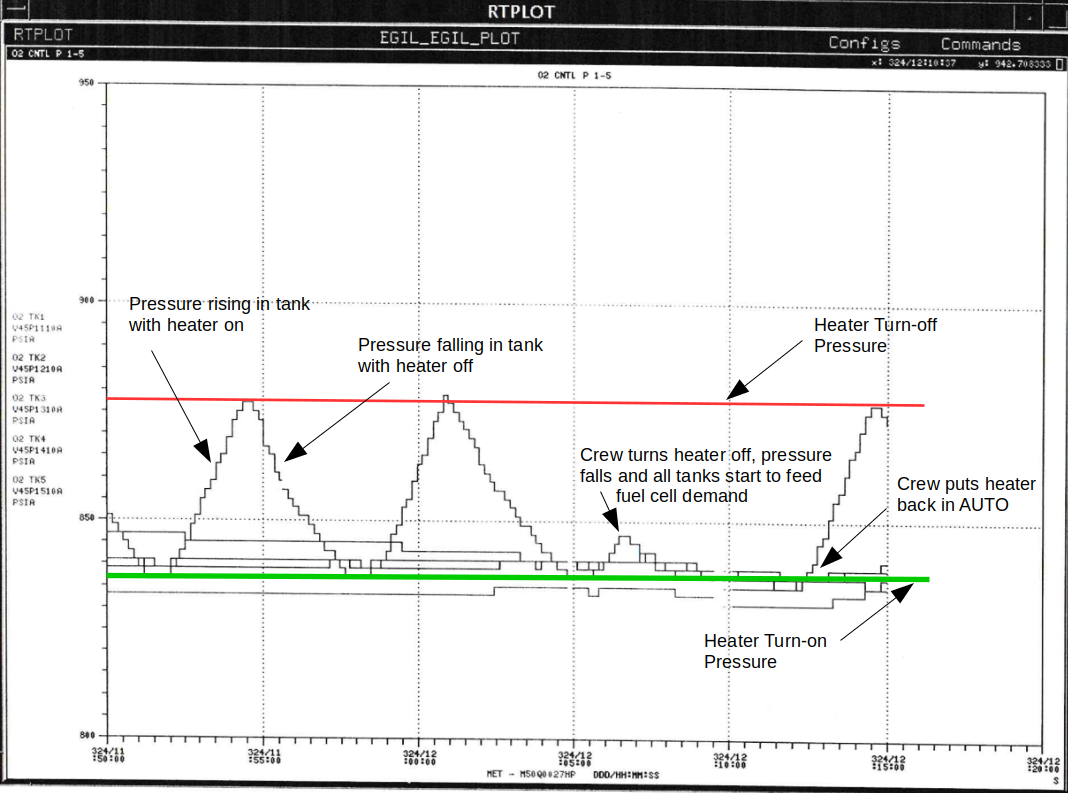 There were relief valves for the cryogenic tanks:

The reactants flow from the relief valve/filter packages through four reactant valve modules: two hydrogen (hydrogen valve modules 1 and 2) and two oxygen (oxygen modules 1 and 2). Each valve module contains a check valve for each cryogenic tank line to prevent the reactants from flowing from one tank to another tank in the event of a tank leak. This prevents a total loss of reactants. The oxygen valve modules also contain the environmental control and life support system atmosphere pressure control system 1 and 2 oxygen supply. Each module also contains a manifold valve and fuel cell reactant valves.

Not the answer you're looking for? Browse other questions tagged space-shuttle tanks operations fuel-cell or ask your own question.

23
Why would oxygen be stored as a super critical fluid?
16
Why was the Space Shuttle Orbiter's in-orbit time limited?

7
Why didn't the space shuttle use non-foam-shedding external tanks?
3
How much fuel/oxidizer was held in the piping of the Shuttle orbiter?
14
What happened to boiled-off gases from the storage tanks at Launch Complex 39?
7
Loading tanks for supercritical oxygen and hydrogen on the launch pad, how to achieve low temperature and high pressure?
14
Why is the Space Shuttle's External Tank fuelled through the Orbiter's main engine plumbing system?
8
Why were these Shuttle purges done with different gases?
2
What was the first successful demonstration of a fuel cell in space?
16
Why was the Space Shuttle Orbiter's in-orbit time limited?
18
Could fuel cells of the Space Shuttles have been restarted in the case of a total power failure?
4
Why the Space Shuttle electrical system is so complex?