What are these details on (renderings of) the Zhurong rover's wheels?

Looking at some renderings of the CNSA Zhurong rover I noticed some curious (pun intended) details on the wheels: 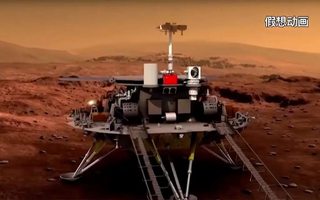 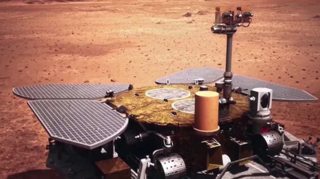 seen in some clips of this Wall Street Journal video and this BBC video.

These markings/cutouts do not appear in pictures of physical mock-ups of the rover: 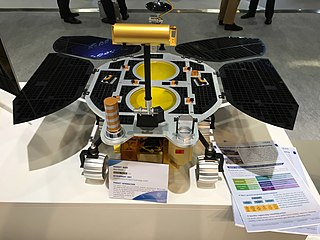 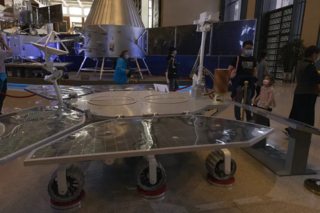 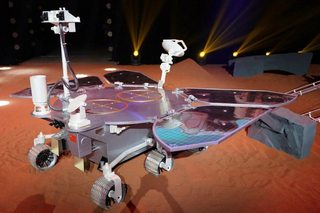 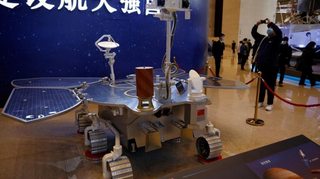 I was thinking it could be some coded Morse code message (like Curiosity), but I could not make sense of the Morse code translations. I discerned the following possibilities (assuming Latin alphabet, might there be a Chinese alphabet equivalent Morse code?):

The pictures clearly show just one single pattern, the following are my interpretations of that single pattern (i.e., left to right, right to left, ignore most inner 'dot', etc.)

Which all seem meaningless to me.

Actual pictures released by CNSA and shown in this Spaceflight Now article and this SciNews YouTube video appear to definitively show that these details are NOT on the rover.

Does anyone know if these details are on the actual rover?

What do these markings mean (if anything)?

Those details on the wheels of the Chinese rover are for knowing how much, how well and how many times a wheel turned on the soil of Mars.

Had you assumed that those marks:

are in fact numbers, you would have concluded that if all those signs are well imprinted in the sand of Mars it means that the rover travels a distance equal to the circumference of a wheel.

Matt Heverly, the lead driver of Curiosity at JPL, while talking about the marks left by the US robot rolling on the ground, said:

"The purpose of the pattern is to create features in the terrain that can be used to visually measure the precise distance between drives" (Source: Rover Leaves Tracks in Morse Code - 08.29.2012)

Probably used to identify which wheel made which track on the surface.

If it was used for measuring distance, you'd need different numbers on the same wheel to indicate its rotation.

Not the answer you're looking for? Browse other questions tagged mars identify-this-object rovers cnsa zhurong or ask your own question.

59
Curiosity: Why did they "reinvent the wheel" instead of using pressure tires?
5
How are the Curiosity rover's batteries doing after all these years (and all these cycles)? Have they degraded significantly?
11
Is there independent evidence that China landed a robot on Mars in May 2021?
3
Is the sky of Mars black (except its lower side toward the horizon)?
2
Why is it so cold in the nighttime (-130 C at 25.1 degree North) at the location where the Chinese rover landed on Mars?
3
How were the ramps for the Zhurong rover stowed on the lander for flight?
4
What's the exact location (lat/lon) of Zhurong?
6
What are these Martian space-whale (or seagull) shaped features?
9
What CPU does China's Zhurong rover use?