The space shuttle TVC controller included an acceleration term which kicked in above 547 ft/s to alleviate side loads caused by wind shear, etc. The acceleration term basically allowed the shuttle to fly into the wind to reduce angle of attack, and this would be done even if it took the shuttle off course (until velocity hit Mach 2.2, at which point the shuttle would go back to tracking its attitude schedule).

My question: what was the lateral load limit on the shuttle? I’ve seen charts of Falcon 9 showing a 1g limit along one of the lateral axes, I believe. How much lateral acceleration (e.g. from wind gusts) would have been acceptable in the space shuttle?

Operationally there was no such limit. The limits that were managed to in the yaw channel were "q-beta" limits, the product of dynamic pressure and sideslip angle. A "stack" of q-beta vs q-alpha limit planes, indexed by Mach number, was produced preflight and the trajectory was calculated to keep the vehicle "in the funnel". 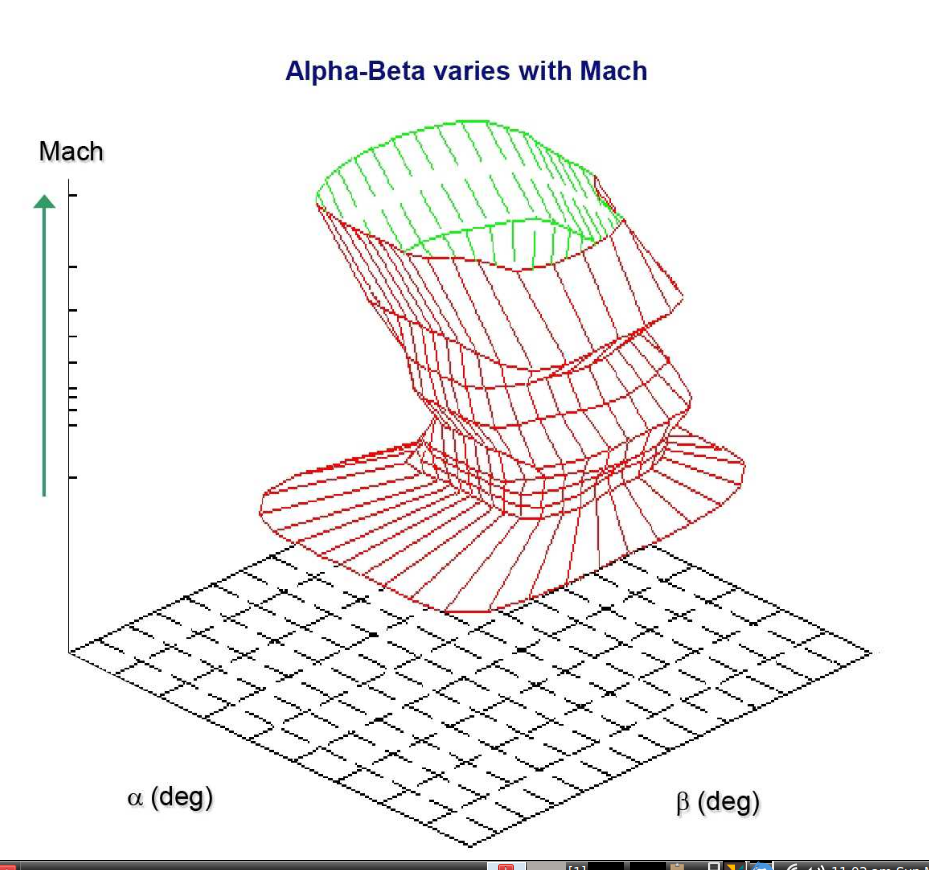 See this answer for more info Upper stage structural loads on ascent? as well as a link to the source of the image.

Also, load relief in the yaw channel didn't take the vehicle "off course" - the roll channel would roll the vehicle to point it back into the correct plane. 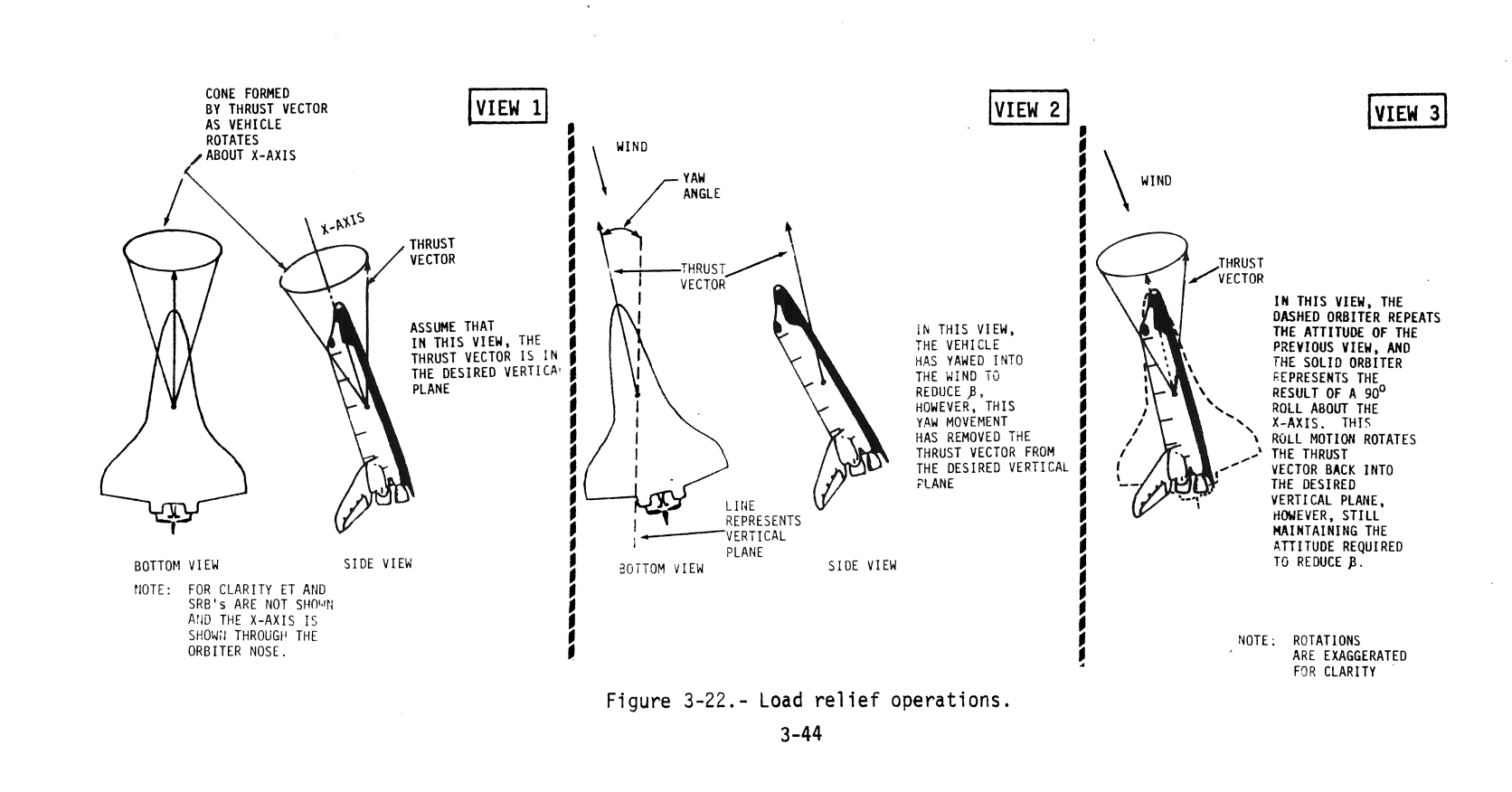 4
How are rockets gimballed to produce a gravity turn for the space shuttle?
7
Upper stage structural loads on ascent?
5
For launch vehicles, during atmospheric stages, are there constraints on the yaw angle?