Plot of the thermally-induced tilt in Martian surface during solar eclipse by Phobos? (slope of 1 atom per meter?)

"We found some not-quite-conclusive signals," he said. "But anyway, that gave us an idea on what to look at for the upcoming eclipse," which would occur on April 24. And this was a particularly promising transit: it would occur just before noon, so there would be lots of sunlight to block, and Phobos would cross the sun's disk more directly. All told, the scientists expected a 30% dip in light reaching the lander, six times the difference in dimming of some of the previous transits.

The lander's camera can't zoom enough to photograph a Phobos transit, but unsurprisingly, InSight's solar panels noticed the dip in sunlight reaching them. More strangely, the mission's seismometer and magnetometer had both noticed a difference as well.

The question was why.

Stähler said that he and his colleagues had hoped the transit might cause the same sorts of dramatic phenomena that solar eclipses can cause on Earth, like the massive atmospheric responses to the coolness of the sudden shadow, for example. Perhaps, even, the temperature drop triggered a low-pressure system that lifted the Martian surface a bit, explaining the seismometer's results.

But when the researchers looked more closely, that explanation turned out to be a bust. If a larger-scale atmospheric phenomenon were at play, the researchers should have caught its side effects during near misses, times when Phobos would have appeared to transit the sun as seen from a nearby location on Mars but only approached the sun from InSight's view.

"It saw a little tick, a little tilt, similar to what we saw on Mars," Stähler said. So Widmer-Schnidrig arranged to repeat the lightswitch trick deep in the mine, this time on purpose. And the signals did match, suggesting that particularly well-isolated sensitive seismometers, like InSight's and those in the Black Forest, can indeed detect a tiny tilt in the ground caused by light turning to dark and an accompanying cooling effect.

The tilt is smaller than small.

"If you imagine you had a 1-meter [3 feet] table and you lift one side of the table by one atomic diameter, that's sort of it," Stähler said of the tilt InSight's seismometer registered. "It's really a tiny, tiny signal." But it registered.

Question: Is there a publicly accessible plot of the thermally-induced tilt in Martian surface during solar eclipse by Phobos? Was it of order "1 atom per meter" in magnitude? Did it tilt one way going into maximum eclipse and tilt the other way going out of it?

Just fyi the magnetometer effects turned out to be a change in DC current flow in the solar panels as the sunlight dropped. 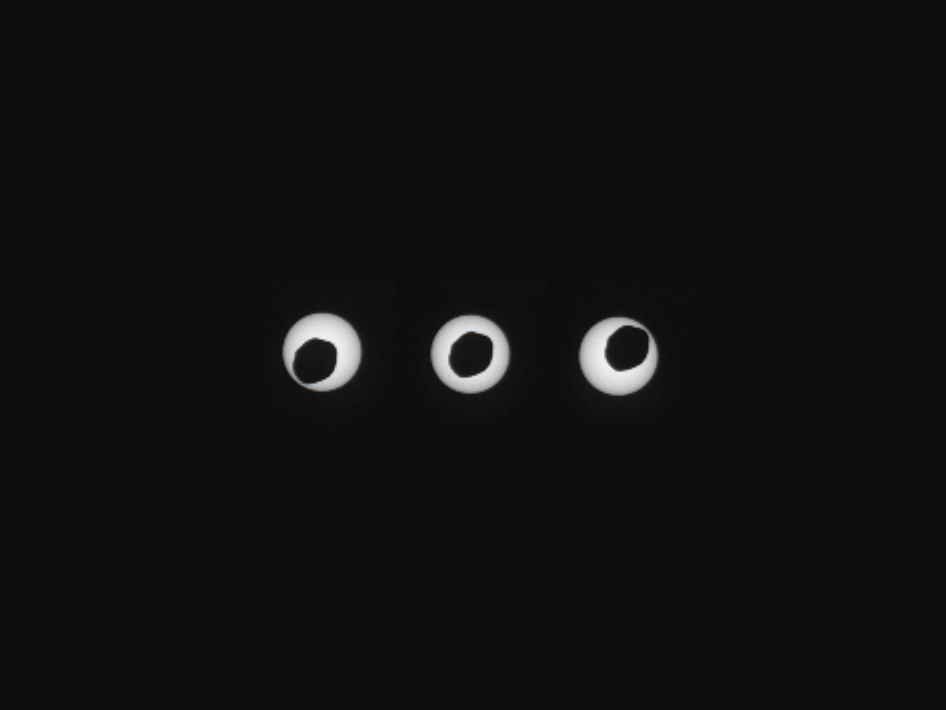 The paper in question has this to say:

After correcting for instrument response, these three transits all have a clear signal with an acceleration amplitude of ~$50\text{ nm/s}^{−2}$and a duration of ∼$100 \text{ s}$. Rotation into a ZNE coordinate system shows afirst pulse of positivepolarity on both horizontal components with a duration of $30 \text{s}$, followed by a decaying part of about $70 \text{s}$. There is no clear signal on the vertical component for any transit event.

The following plot from the paper shows all of the relevant data collected: 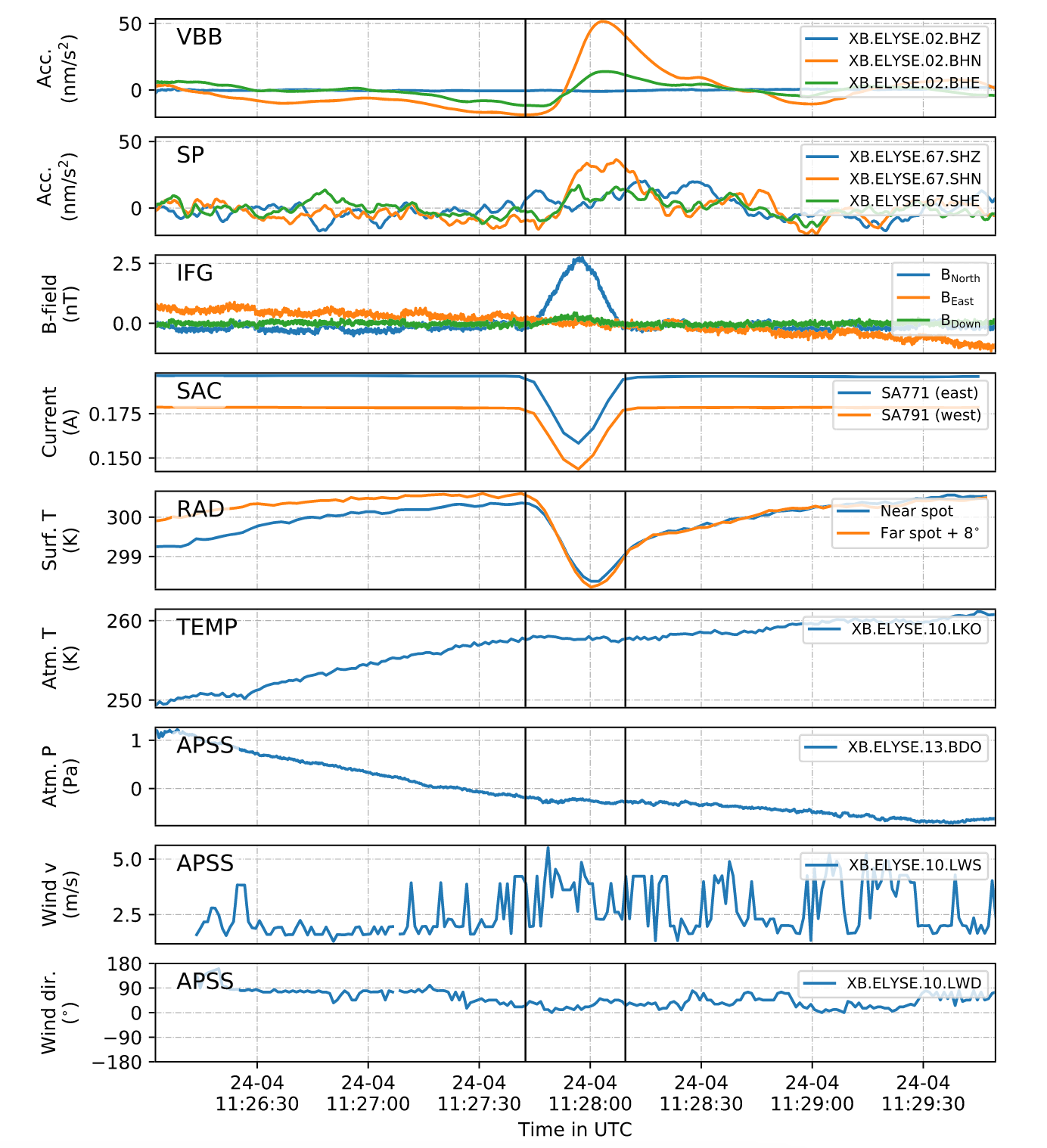 and also provides a comparison of two InSight sols (97 and 501):

As @uhoh's comments explain, this tilt was measured by the usually horizontally-focused accelerometers of the seismometer instead tilting very slightly, such that they "got a teeny tiny taste of gravity".

Not the answer you're looking for? Browse other questions tagged mars planetary-science insight seismology solar-eclipse or ask your own question.

6
Can satellites or the ISS be seen from Earth during a Total Solar Eclipse?