Change in drag coefficient when Dragon flips over on launch escape?

In emergencies, the launch escape system will fire to separate and propel the crew module away from the rocket.

After the engine shuts down, the payload trunk will separate leaving the crew module to carry on alone.

The crew module, being aerodynamically unstable by design, will quickly flip over so that its heat shield is facing forward.

And this means a big change in the drag coefficient of the crew module.

I know there is no data out there for the drag coefficient, but if it is/were close to other ogive-like vehicles, then roughly what values would you expect? Would 0.3 for nose-forward and 1.5 for heatshield-forward be in the ballpark of reasonable?

I’m ignoring dependencies on speed and altitude at my peril. Just trying to get a baseline expectation for the change on the drag coefficient due to the flipover alone.

Even better, is there data out there for a flipover of an pointy vehicle with a blunt heat shield?

Rough and approximate are fine for my purposes. Think “ballpark” if you don’t have exact numbers.

Here's one example of CD for various angles of attack and Mach numbers. 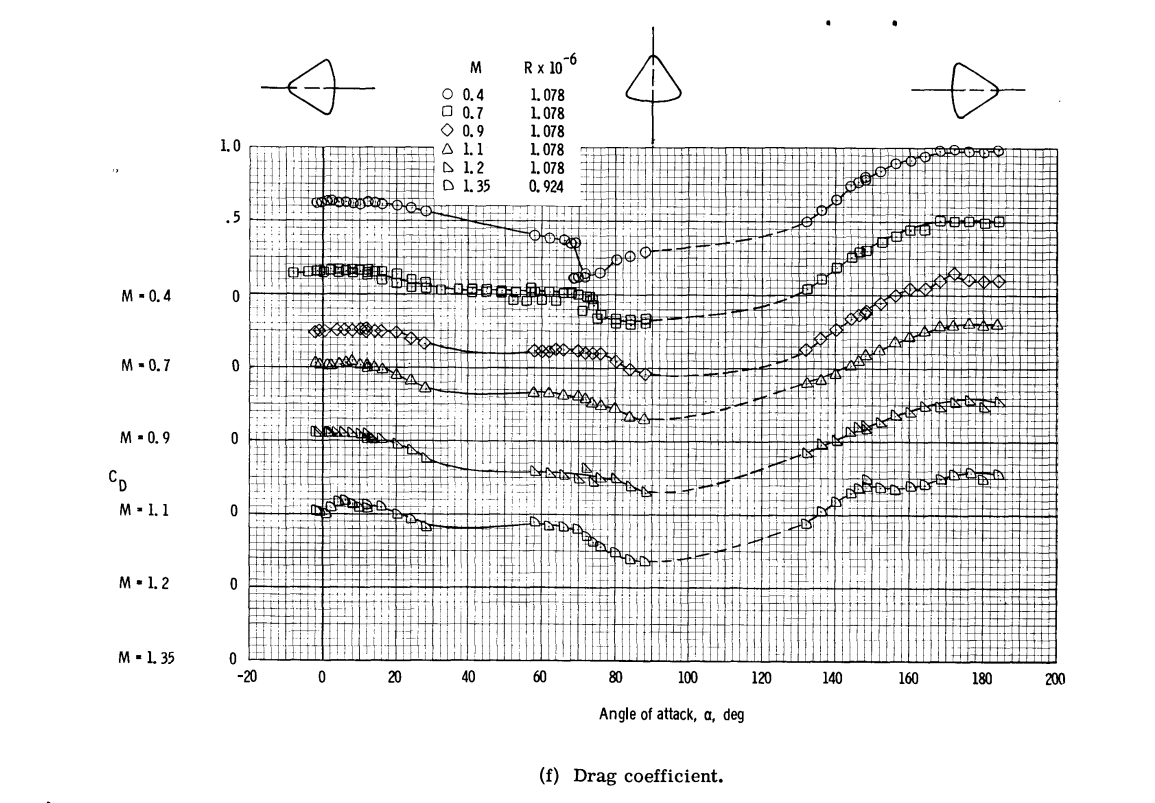 14
Re-entry Heat Shield Alternative
3
How can I estimate the Coefficient of Drag on a Saturn V rocket, a simulator or some data would be pretty awesome
3
What's the atmospheric drag coefficient of a Falcon 9 at launch (sub-sonic, large fairing)
2
Budgeting delta-v for atmospheric drag when orbit is elliptical?
6
Exactly how "Ferrari-like" was GOCE? Was its drag coefficient as low as the car's?
5
Crew Dragon: Could launch escape thrust determine payload capacity?
5
Logic sequencing: From fault detection to launch escape?
3
Soyuz: Do you know the coefficient drag and lift to drag ratio are during reentry?