Is there a record for unbroken series of "successful launches" by some objective criteria? Who has it now? What has to happen for it to change hands?

Mr. Musk one can not help but be impressed by the numbers that you've given us, in terms of the cost your product measure against ULA. We start with the premise that Senator Shelby noted; ULA has a flawless record. It's been able to meet the goals that we've set for them time and time and time again. You're suggestion that is we paid dearly for it, and could pay a lot less now.

I guess the question I need to ask now is the premise of this is/goes back to the creation of ULA. Do you believe it is possible to maintain two companies, in competition, for future launches? And with your company, with a record of success but more limited because of the time that you've been around, without - for example - commercial business to sustain you when government budgets can not?

(Uh, yeah, absolutely...) First I should mention that the premise of perfect success is not quite correct for ULA... they certainly have a very good track record, but the first Delta IV Heavy failed, and there was a partial failure of one of the Atlas missions which resulted in a satellite having a reduced life. So it's certainly a good... it would be a flawed premise to say it's perfect.

And in equally distinguished "testimony": @geoffc in The Pod Bay mentions:

Question: Is there a record for an unbroken series of "successful (orbital) launches" (or "perfect success" by some relatively objective criteria)? Who has it now? And what has to happen for it to change hands?

spacex launch record commercial ula
Share
Improve this question
edited May 28 at 3:19
uhoh
asked May 27 at 23:30

Of the American companies ULA and SpaceX, the ULA currently maintains the longest "flawless" streak: 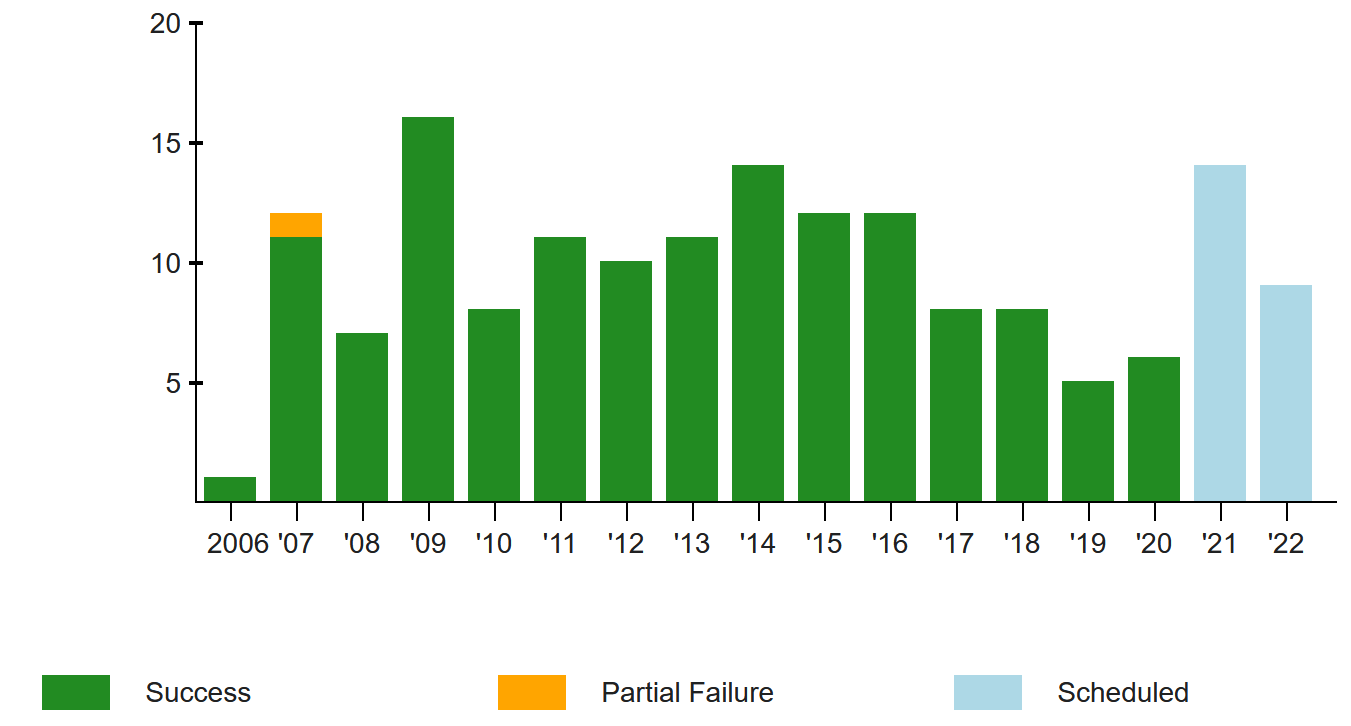 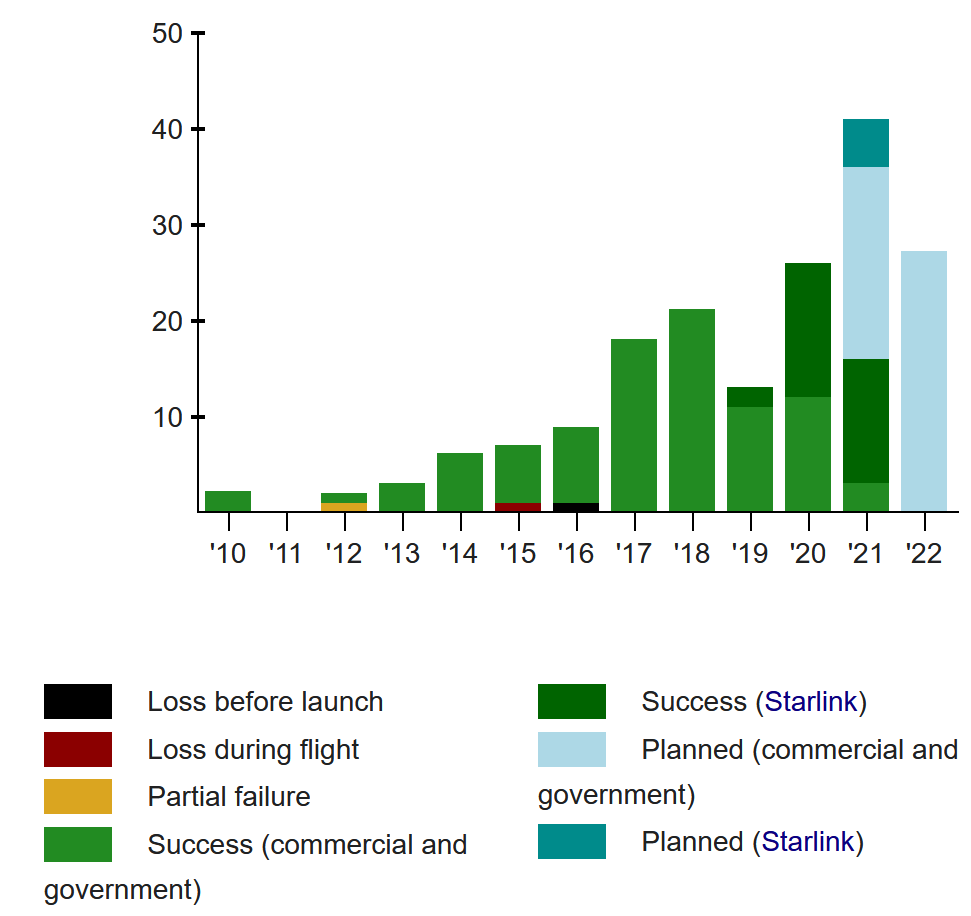 Assuming neither company has a failure, SpaceX will soon overtake the ULA, possibly by 2022. That said though, if you include Soyuz and rockets in the R-7 Family...

This shows that between 1991 and 1996 there were approximately 133 consecutive successful orbital launches of the rocket. This means that they currently hold the record, but will be beaten by the ULA and then SpaceX within the next couple years (assuming, of course, the companies don't suffer a failure).

Not the answer you're looking for? Browse other questions tagged spacex launch record commercial ula or ask your own question.

11
How many rockets have been launched into space? (roughly, of course)

8
What ULA innovations was Michael Gass alluding to during latest U.S. Senate address?
6
Why are there no more Delta II rockets?