AFAIK, NASA and others are using mainly gold to protect surface from heat radiation.

But, as we can see with our own eyes, chrome or silver had probably a much better albedo, because they are white, with very good reflectivity - eligible to make mirrors. Gold is yellow, thus it doesn't reflect very well, at least not in the whole visible spectrum. 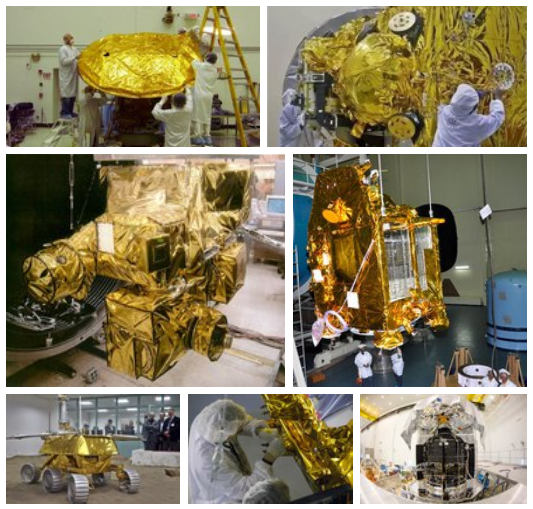 Thus, why is gold used?

+1 Good question! It's not actually gold, but I think this is a common misconception, so allow me to elaborate for a bit.

The stuff that you see satellites covered in is not normal foil, its just the outer layer of so-called "Multi Layer Insulation" or MLI. That means that there are several layers of foil, each separated by a spacer, so that transfer between the layers happens by radiation, not heat conduction. This severely limits how much heat is transfered between the two sides of the insulation.

That means that the satellite's sensitive parts (the batteries are usually most critical) are protected from fluctuations of the temperature on the surface, such as when the satellite passes through the shadow of the earth.

However, if the satellite stays out there for years, no thermal resistance in the world will keep the satellite from eventually reaching an equilibrium temperature, where the amount of energy that goes into the satellite matches what goes out. But you can influence at which temperature this happens, by using special surfaces.

To illustrate this, let's look at some examples from more-or-less daily life:

When you put something into a convector oven (which works by circulating hot air), let's say at 200°C (400°F), it will eventually also be 200°C hot. The same thing happens if you heat something with infrared light from all directions. If your light source is 400°C (750°F) hot, eventually the object that the light falls on, will also be 400°C hot.

However, have you ever noticed how on a hot summer day, a gray concrete wall in the sunshine is only warm to the touch, while stainless steel, for example of a slide, can be scorching hot? Doesn't the polished metal reflect more light than the gray wall? The special space foil of satellites would barely get warm at all.

The answer to why this is lies in the difference of wavelength of the emitted and the absorbed light.

Things, in general, emit radiation with a wavelength inversely proportional to their temperature, this is Black Body Radiation. So the Sun radiates visible light (because it is very hot), while you radiate infrared light, which has a much higher wavelength (because you are way cooler).

Another quantity is $\alpha$, the absorptivity. High $\alpha$ means that the object will heat faster in our infrared oven. The factors $\alpha$ and $\epsilon$ are the difference between black body radiation, and "gray body radiation" which is basically the same. These factors just account for the fact that not all surfaces are black, meaning that some surfaces reflect light.

Funny thing: For any given wavelength $\alpha$ is always the same as $\epsilon$. That is why in our radiation oven (where the IR light comes from all directions), the object will assume the temperature of the oven, even if the oven is in a vacuum.

But the sunlight comes just from one direction, so the satellite (or the wall, or the slide) can radiate to the other directions and will never be as hot as the surface of the sun, so the blackbody light it emits has a different wavelength than the radiation it receives. And that's important, because while $\alpha$ and $\epsilon$ are always equal to each other, they are different for different wavelengths.

As a sidenote, absorptivity+reflectivity+transmittance=1, this means that all light gets either absorbed, or reflected or let through a surface.

Because the sun is very bright in space, we usually therefore want to create a surface that emits a lot in the infrared and absorbs little at the sun's most powerful wavelengths.

To that end, manufacturers of Multi Layer Insulation use the second surface mirror effect:

(image from Multek/Sheldahl catalog, presumed in fair use)

They use a material that is transparent to the sun's radiation and highly emitting in the infrared as a cover (substrate). This is often brownish Kapton. Below that they have a material that reflects as much of the sun's light as possible, which usually silver or aluminum. Gold would be a bad choice, because, as you correctly pointed out, it has quite high absorptivity.

So what you see is not gold, but a thin layer of brown plastic above a surface of silver or aluminum.

Some more values of $\epsilon$ and $\alpha$

Gold is also used by NASA in the construction of spacesuits. Because of its excellent ability to reflect infrared light while letting in visible light, astronauts’ visors have a thin layer of gold on them to protect their eyes from unfiltered sunlight. 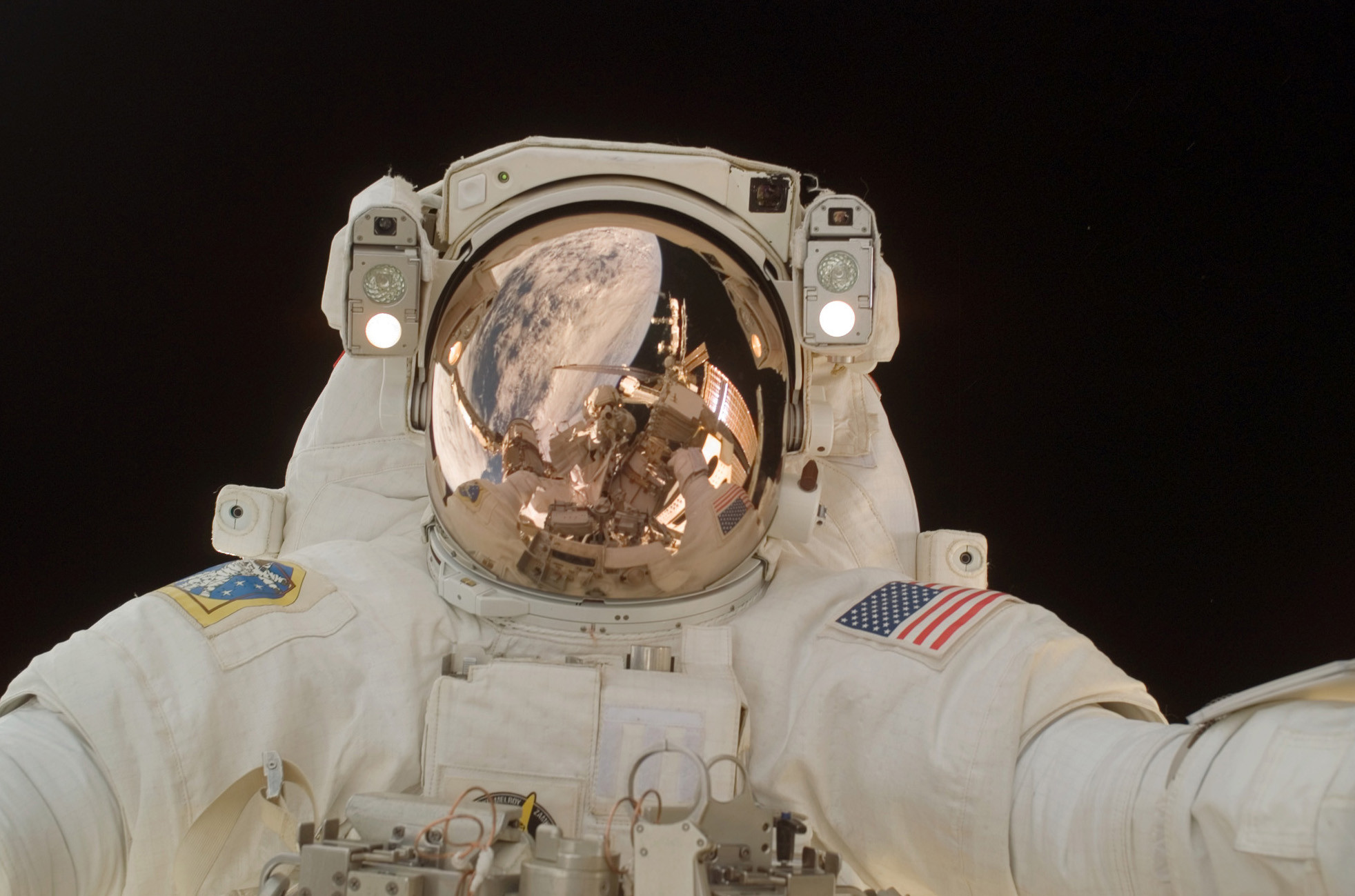 Not the answer you're looking for? Browse other questions tagged protection heat-shield heat or ask your own question.

30
Is there any evidence that NASA was worried about deep lunar dust?
37
Why does the ascent stage of Apollo 11's lunar module look like it's made of paper?
16
Radiation shielding magnetic or mass, which is more efficient?
10
What was mylar used for on the Apollo Command Module space craft? Why is it gold after returning from space?
19
Why aren't the ISS's nor Space Shuttle's radiators black?
15
What would determine the interior temperature of a large space station?
15
What's the typical temperature of a satellite orbiting the Earth?
8
How are spacecraft engineered to prevent overheating?
5
What would happen if you wore 'soft suit'(IVA suit) in the vacuum of space?
1
How is heat in space dissipated?
See more linked questions

10
What was mylar used for on the Apollo Command Module space craft? Why is it gold after returning from space?
20
Is the technology behind the Shuttle's heat-shielding tiles used in any product today?
3
Why do some spacecraft have heat radiators? Why not repurpose the energy?
0
heat recovery thermodynamics in space
24
Why was the Friendship 7 Mercury heat shield detachable?
5
Was the Space Shuttle TPS technology ever state secret?
1
Could an inflatable heat shield be used on the SpaceX Mars Lander?
27
Why aren't RCS openings an issue for spacecraft heat shields?
6
Why is the Heat Shield of ESA's Solar Orbiter Black in colour?