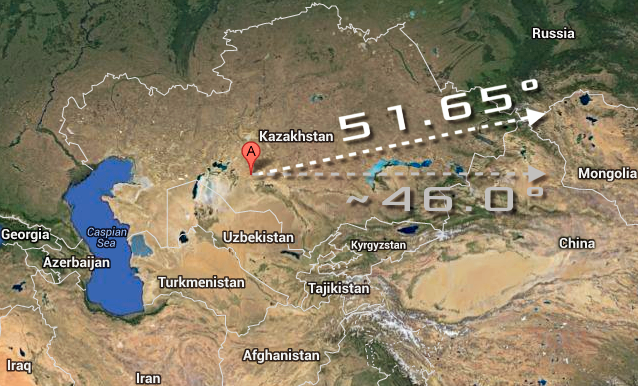 45
Can I see the ISS from the surface with the naked eye?
13
Does ISS follow Earth's rotation?
9
Do astronauts only perform spacewalks while the ISS is on the night side of the Earth?
17
Why did the recent Sirius FM6 launch use such a high inclination?
3
Space rocket payload by inclination

6
Orbital altitudes, are some better than others and why?
10
How is the ISS helpful for launching cubesats and minisats?
3
Does ISS wobble north/south?
5
What are the advantages of a Molniya orbit over a tundra orbit?
25
Why use a retrograde orbit?
3
How many spacecraft deployed from the ISS have escaped Earth orbit? Are there plans for any in the near future?