Why exactly did Khrushchev present Pushinka to JFK's daughter Caroline?

Pushinka (Fluffy) was the name of one of the Strelka's (Arrow's) six pups that she had after being safely landed to Earth from orbit to which it was launched aboard Vostok-1K rocket No. 2 on 19 August 1960. Wikipedia describes this in a bit more detail in the Soviet space dogs article, section on Belka and Strelka. 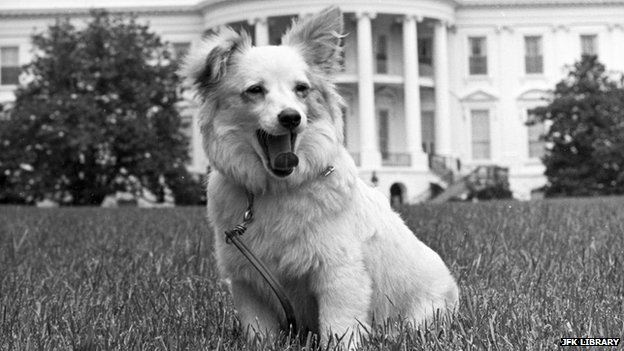 It is to my understanding that Chairman Nikita Khrushchev and US President John F. Kennedy maintained a rather warm relationship despite the cold war era already being at full swing, and they communicated regularly. BBC News magazine covers this Pushinka: A Cold War puppy the Kennedys loved story in even more detail and also republishing Kennedy's letter to Khrushchev upon receiving the pup: 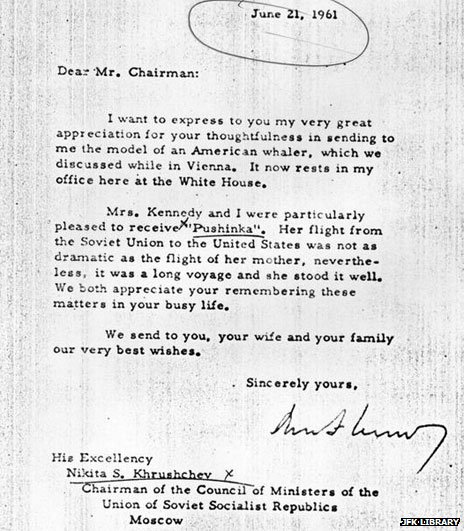 It's a heartwarming story for sure, but what exactly were Khrushchev's intentions with it, besides, you know, rubbing it in that the Soviet communist space program was at that time more advanced than the free world capitalist one?

Was this information ever disclosed to the public, perhaps in some memoirs / biography or analyzed in more detail by some cold war historian like Martin Sandler that the BBC article mentions?

It was quite common in those times for such presents to have a hidden message to it, and I find the whole thing a bit curious to say the least. Was there a more obscure agenda behind this present to JFK's daughter Caroline? I guess it could be seen as a good will / public relations gesture of sorts, and that's I guess how it was received by the general public. But it could as well serve as a proof that the outer space isn't hostile to life on Earth? Or perhaps serve as any number of other messages that I can't think of.

Browse other questions tagged history russia animals or ask your own question.

12
What did they expect to happen with Laika?

9
What purpose do these red “horns” on the Soyuz 2-1B payload fairing serve?
26
When/where did the cosmonauts fight wolves?
3
What exactly did the Outer Planets Panel say in their recommendation for outer planets missions?
12
What did they expect to happen with Laika?
12
Did early Russian capsules really have “Human Inside” labels?
16
Why did Sputnik 1 have four antennas?
26
Did Ham the Chimp follow commands, or did he just randomly push levers?
8
Why did Ham the Chimp push levers?
6
Why did Germany launch its spy satellites from Russia?