How can they be so sure that Dragonfly will "freeze to death" as opposed to simply (and eventually) running out of RTG power? (238Pu decay)

Space.com's NASA's Perseverance rover is the 1st spacecraft in years to carry fresh US plutonium. It won't be the last. includes the following passage:

So, if you want to send a spacecraft to our solar system's giant planets and beyond, or to other dark places like the permanently dark regions deep in craters near the moon's poles, you'll likely want nuclear power. That preference isn't just about sunlight either; nuclear power also helps spacecraft confront threats like low temperatures and high radiation.

"It allows us to explore where the sunlight doesn't get, but it also allows us to explore harsh environments, and that's because we can take our heat with us," June Zakrajsek, the Radioisotope Power Systems (RPS) program manager for NASA at the Glenn Research Center in Ohio, told Space.com. "It's the reliability and those kinds of factors that are really important for our missions, and we couldn't do some of the missions without it."

NASA's next plutonium-powered spacecraft will be the Dragonfly rotorcraft mission, launching in 2027 to Saturn's strange moon Titan, which NASA says receives about 1% of the sunlight that Earth does. Because of Dragonfly's nuclear power source, the spacecraft will probably freeze to death in the landscape of liquid methane and towering water-ice cliffs long before it runs out of power, Zakrajsek said.

Question: Why would Dragonfly freeze to death at all? All missions come to an end and for some reason, something breaks or solar panels get covered in dust or money runs out and administrators pull the plug, but coming from a NASA program manager this sounds so incredibly certain. Is there a plan to "freeze it to death" on purpose?

The RTG makes heat, which is used in two ways in missions to cold places: Through thermocouples to generate electricity, and through waste heat. Some of the waste heat is cycled through coolant loops or heat pipes to keep things warm; the excess is radiated. The electricity can also be used to run heaters. As the RTG ages and the plutonium within it decays, it generates less heat, and therefore both less waste heat and less electricity. Eventually the RTG doesn't generate enough of the two to keep its critical components warm and something breaks.

Here's a picture of the RTG for Mars 2020 showing the heat pipes: 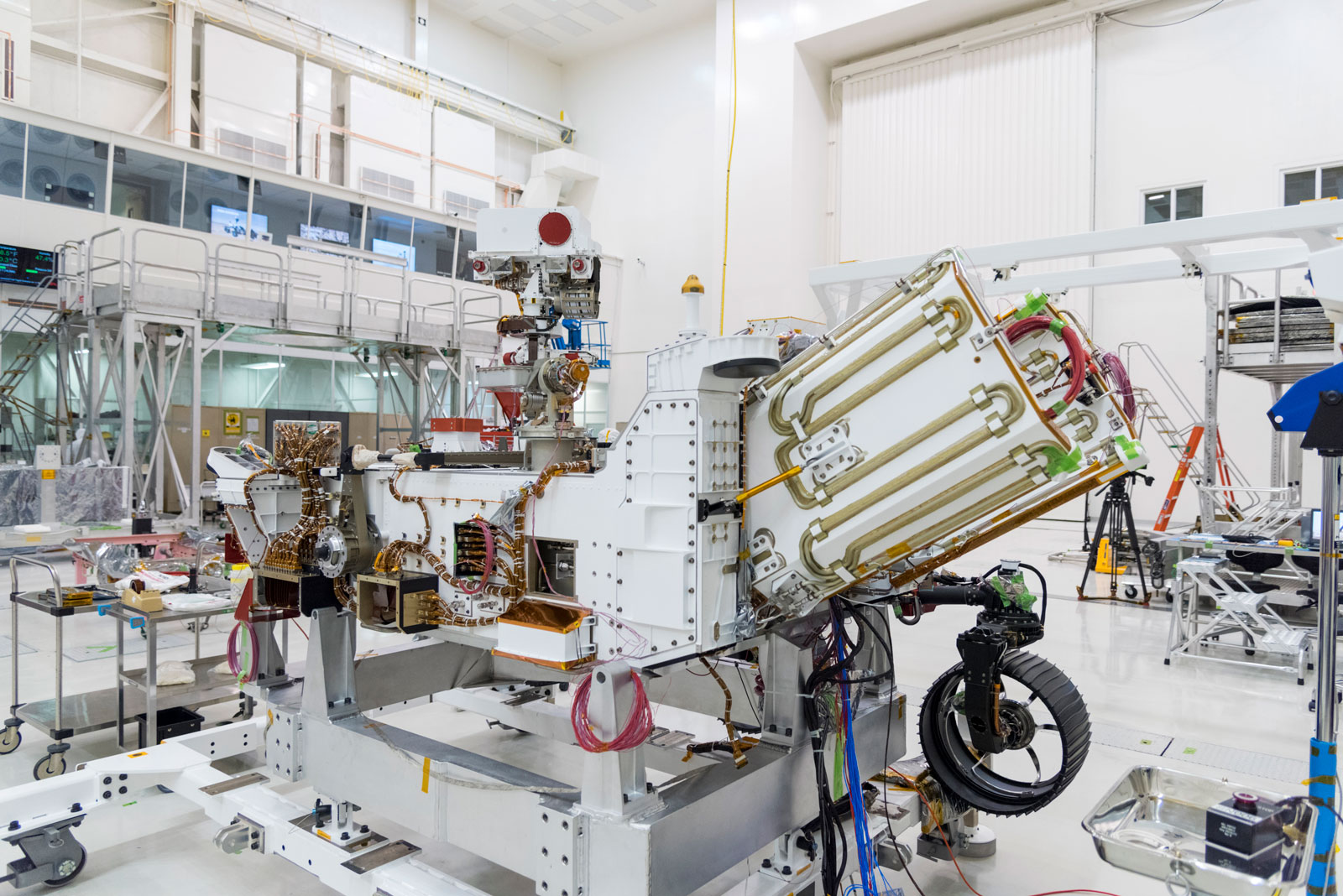 Essentially a nuclear battery, an MMRTG uses the heat from the natural radioactive decay of plutonium-238 to generate about 110 watts of electricity at the start of a mission. Besides generating useful electrical power, the MMRTG produces heat. Some of this heat can be used to maintain the rover's systems at the proper operating temperatures in the frigid cold of space and on the surface of Mars. Some of it is rejected into space via the rover's Heat Rejection System.

The gold-colored tubing on the heat exchangers form part of the cooling loops of that system. The tubes carry a fluid coolant called Trichlorofluoromethane (CFC-11) that helps dissipate the excess heat. The same tubes are used to pipe some of the heat back into the belly of the rover.

However, nuclear "batteries" are a very different beast. They're actually generators, not batteries and simply deliver power at a fixed (although slowly declining) rate. You can't run them down, only time does that. Thus it's quite possible for a spacecraft to freeze to death (the cold gets something vital) while the generator is still working fine.

It's also possible for a spacecraft to "die" because the available power is too low to do anything. The Voyager probes aren't too far from meeting that fate.

Not the answer you're looking for? Browse other questions tagged nasa titan rtg helicopter dragonfly or ask your own question.

3
Closed oxygen cycle methane-burning internal combustion engine for Titan rover/helicopter? Works like a battery together with RTG that won't freeze?

8
Has NASA "gone south"? Why are astronauts needed to explore the Moon's south pole?
5
What is the current status of Stirling engine-based radioisotope generator technology?
6
Does NASA's Deep Space Network sometimes listen to other space agencies' spacecraft "just for the heck of it" or other non-mission related reasons?
9
What is the pop-up circular disk with spiral pattern in this NASA animation of the Dragonfly helicopter for Titan? Antenna? Kind, band, target?
5
What is the relationship (if any) between NASA's Kilopower project and its request for 40 kW reactor designs?
13
Does NASA have any rocket options to replace ISS segments?