Can a LEO based satellite constellation revive the analog radio or TV era?

Many analog terrestrial radio and tv transmitters have been replaced by digital ones like DTT and DRM technologies. Analog radio signals include FM, MW and even SW. Although the quality of reception of the digital technology far outweigh the analog ones, analog based receivers are far cheaper and suitable for developing countries.

Due to DVB standard compliance including forward error correction implementation, digital radio and DTT receivers are still not a cup of tea for most people. For people living in developing countries, OTT is still not a viable option for the mass either as streaming cost data.

Terrestrial antennas have omni directional signal patterns, but such a proposed satellite base antenna can be directionally polarized reducing the huge power requirement. A broadcaster can feed data to the satellite based analog transmitter through Starlink.

Can a LEO based satellite constellation revive the analog radio or TV era? Is it even practicable?

Can a LEO based satellite constellation revive the analog radio or TV era?

Is it even practicable?

Per Prediction of the ‘useable’ coverage of FM radio services an FM radio with a rod antenna will receive STEREO FM at a power level of about -75 dBm which is about 3E-11 Watts. The rod antenna is shorter than a wavelength but will be part of a resonant LC tank circuit so their receive cross-section will be of order one square wavelength. Let's call it a third of that, or only 3 m^2. 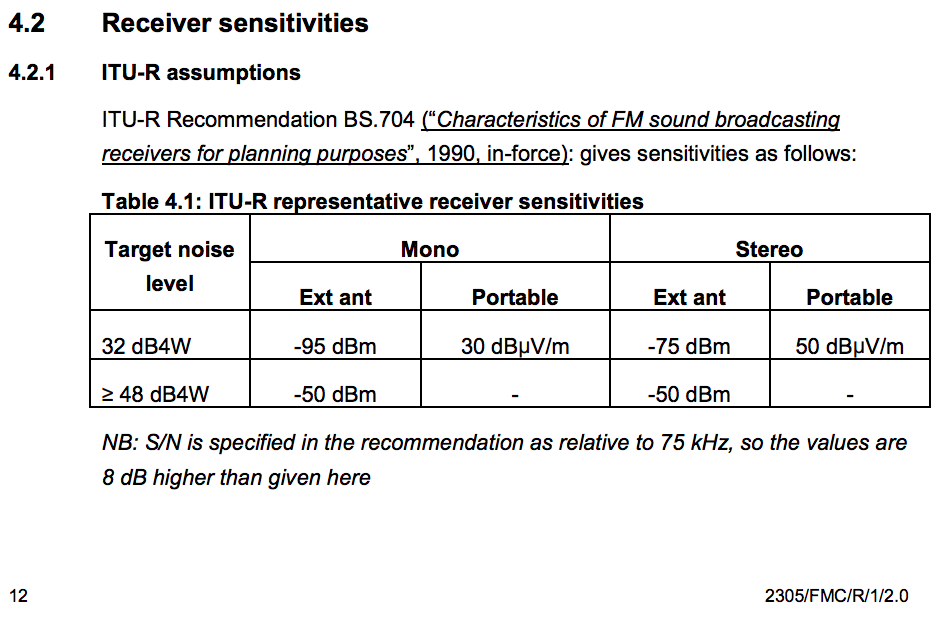 note: FM radio rod antennas are not really directional. If you point them vertically they won't receive from the zenith but they will from the sides. So our satellites will be using broad inclined beams to the front, back and side, and skip the nadir so as to best excite the vertical rod antennas.

That sounds amazing, but it seems to be back-of-the-envelopish, spherical cowish true.

But let's throw in a factor of 100 for fun and say there are one hundred satellites in a low-inclination multi-plane constellation at an altitude of say 2000 km. This old SpaceX Starlink plot (back when they were thinking of higher orbits, from SpaceX's 4,425 satellite constellation - what's the method to the madness?) says for an altitude of 1000 km you have a useful radius of about 1000 km. We'll use the same triangle and say each satellite has a footprint of order) 𝜋 2000^2 or 1.3E+07 km^2 which is 3% of our 10,000 x 40,000 footprint.

So one hundred satellites of 4 kW FM broadcast, directed in annular or conical beam should be able to give fairly good FM reception to the developing world. It will not be excellent, there may be occasional dropouts (it may be more like listening to Short Wave than Sirius XM), but it certainly may work.

A 8 kW solar panel is nothing to shake a stick at (4 kW power, 50% of the time in eclipse), it's pretty big, like 25 m^2 roughly. And the antenna, while mostly very light weight dipoles, will be nontrivial in size. But it will be a lot smaller than the one discussed in answers to Why do AST SpaceMobile satellites have antennas much larger than Starlink, whereas they both aim at providing network coverage anywhere on earth?

So reviving one analog FM radio frequency is in fact doable but if you are looking to get rich quick it's not going to work that well. 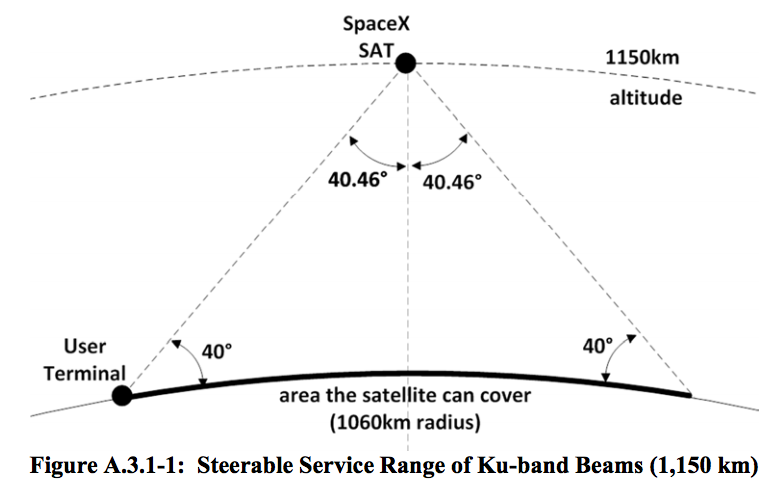 In the current state of technology, the answer is definitely no: analog transmission of TV and radio will not make the receivers cheaper.

First, this is because the receiver's antenna cannot be omnidirectional. It would pick-up too many signals from many satellites. A directional antenna that can track the wanted LEO satellite, then switch to another one when the current one disappears over the horizon would be expensive (its cost represents the majority of the cost of a Starlink terminal).

Second, you cannot reuse traditional AM/FM-receivers because of the high and varying Doppler effect. A new technology has to be developped.

FM radio (at near 100MHz carrier) is pretty much local (the visible horizon is almost the limit). It is up to local authorities to allow FM analog broadcasting in the 88-108MHz band and up to local businesses to find a viable business model, no space technology needed. A few kW transmitter is damn cheap and works flawlessly.

My country (Bulgaria), while not really 3rd world, delayed its transition to digital radio for a variety of reasons, to the point it became pointless - both established FM radio stations and startups emerged online, mobile Internet connection is acceptably cheap and everyone has it on their phone. The transition to digital radio is expensive and no one sees any point for paying it up.

That's why we still listen to analog FM radio - including 2 government-controlled and quite a few private stations.

If one wants to establish a new station, they can get an FM frequency pretty cheap. And no one bothers anymore.

In short, FM radio is alive and kicking without any rocket science involved.

What about the analog TV? Well, we somehow succeeded in the transition from analog to digital TV. The TV band is already re-occupied by the digital broadcast. You are not allowed to broadcast analog TV anymore - no matter if you do that from a satellite.

And even if we talk about a country where digital TV is not on the table, your potential auditory will need to find analog-TV receivers.

And the usual kind of sat-tv is pretty much popular exactly in the developing countries. So no business model either.

MW and SW: they don't really play well with space.

First, one needs pretty much large antennas for them (not suitable for a satellite). How about 50m for a simple dipole?

And second, the same ionosphere that makes possible MW/SW reception over the horizon will make a Sat MW/SW quite a challenge.

A quick walk over the MW/SW band reveals a great deal of stations from all over the world alive and transmitting. These are alive as well and the space offers no possible improvement.

The peculiarities of the MW/SW bands makes them safe against any attempt of digitalization.

Not the answer you're looking for? Browse other questions tagged low-earth-orbit communication-satellite or ask your own question.

39
Why are the GPS constellation satellites in such a high orbit?
25
SpaceX's 4,425 satellite constellation - what's the method to the madness?
3
Why do AST SpaceMobile satellites have antennas much larger than Starlink, whereas they both aim at providing network coverage anywhere on earth?