Do geodesics close on an ellipsoid?

I want to calculate the shortest distance between two points (Point A and Point B) on the ellipsoid surface. For this I need to use geodetic passing through these two points. Well, if I continue this geodesic that I defined between 2 points along the ellipsoid, will the geodetic converge at point A again?

In some sources it was said that only meridians and equator are closed geodesics, this confused me. 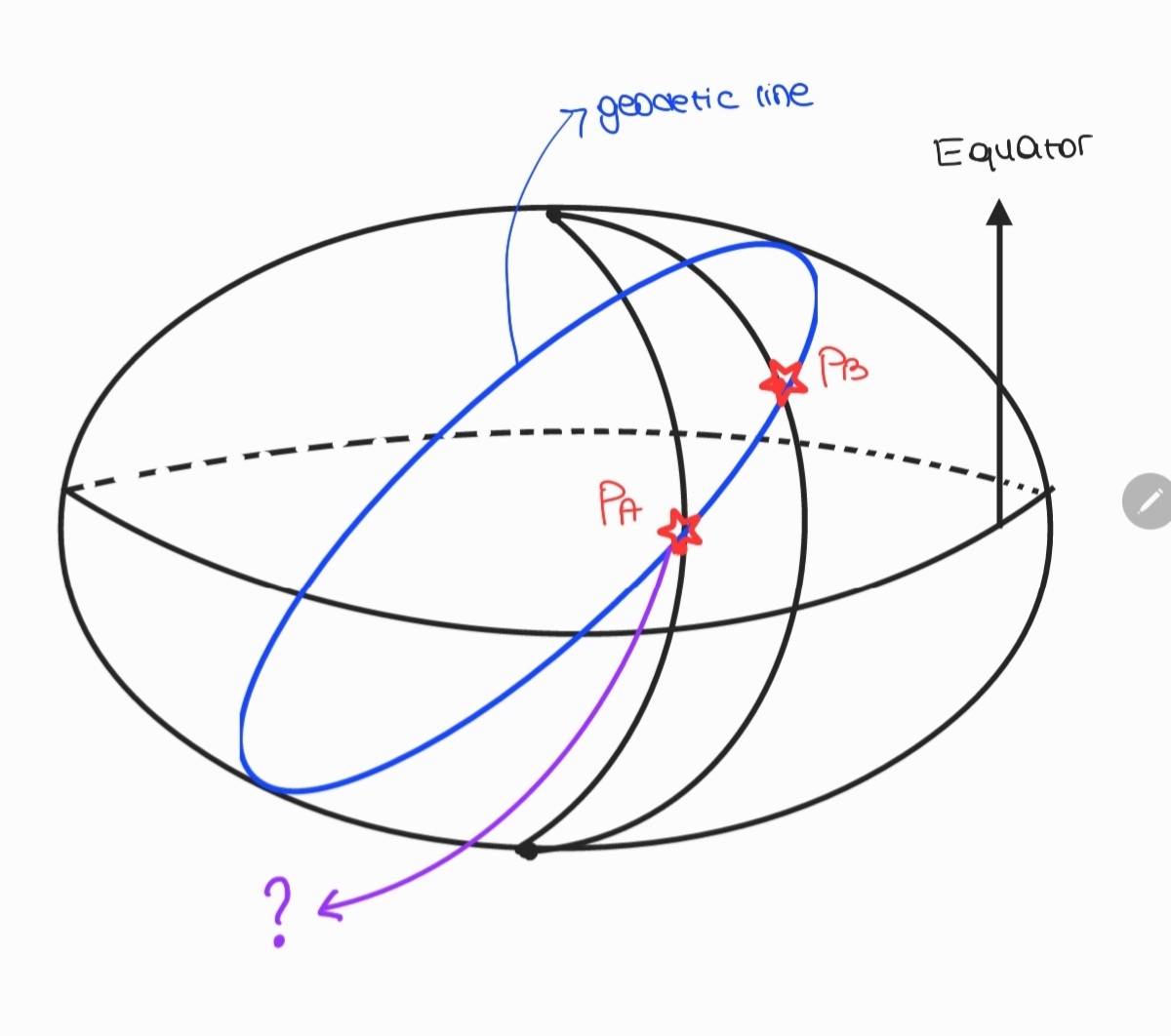 No, in general, they don't close. (Though, as you say, some geodesics do.) Consider, for example, an oblate ellipsoid of revolution, and take two points on its equator such that the angle $\alpha$ between them is not a rational multiple of $\pi$. On a sphere, the only geodesic passing through tho points on the equator is the equator; but in our case, since the ellipsoid is oblate, if $\alpha$ is large enough (i.e., close enough to $\pi$), then there are shorter paths connecting the two points, so there are other geodesics passing through the two points. If we take one of these geodesics â€” let's say the one going through the northern hemisphere â€” and continue it past one of the two points into the southern hemisphere, it will behave symmetrically there and intersect the equator after another angle $\alpha$. And then after another $\alpha$, and so on. Since $\alpha$ is not a rational multiple of $\pi$, there will be infinitely many points where this geodesic intesects the equator, so it will never close.

8
How to calculate libration amplitude of objects orbiting the $L_4$, $L_5$?
11
Mars Orbit Upon Intercept
12
What are speed limits for free fall, orbital trajectory, and unbound trajectory?
17
Are some Halo Orbits actually Stable? (stable orbits about unstable Lagrange points)
2
Do horseshoe orbits have anything to do with Lagrange points? Do words fail us here?
5
How does gravity change beyond L2?