The Chinese Mars rover and lander can be seen in the same picture. What device took the photo?

The China Space News Agency published an image showing the Chinese Mars rover and lander in the same photograph.

What camera took the picture? 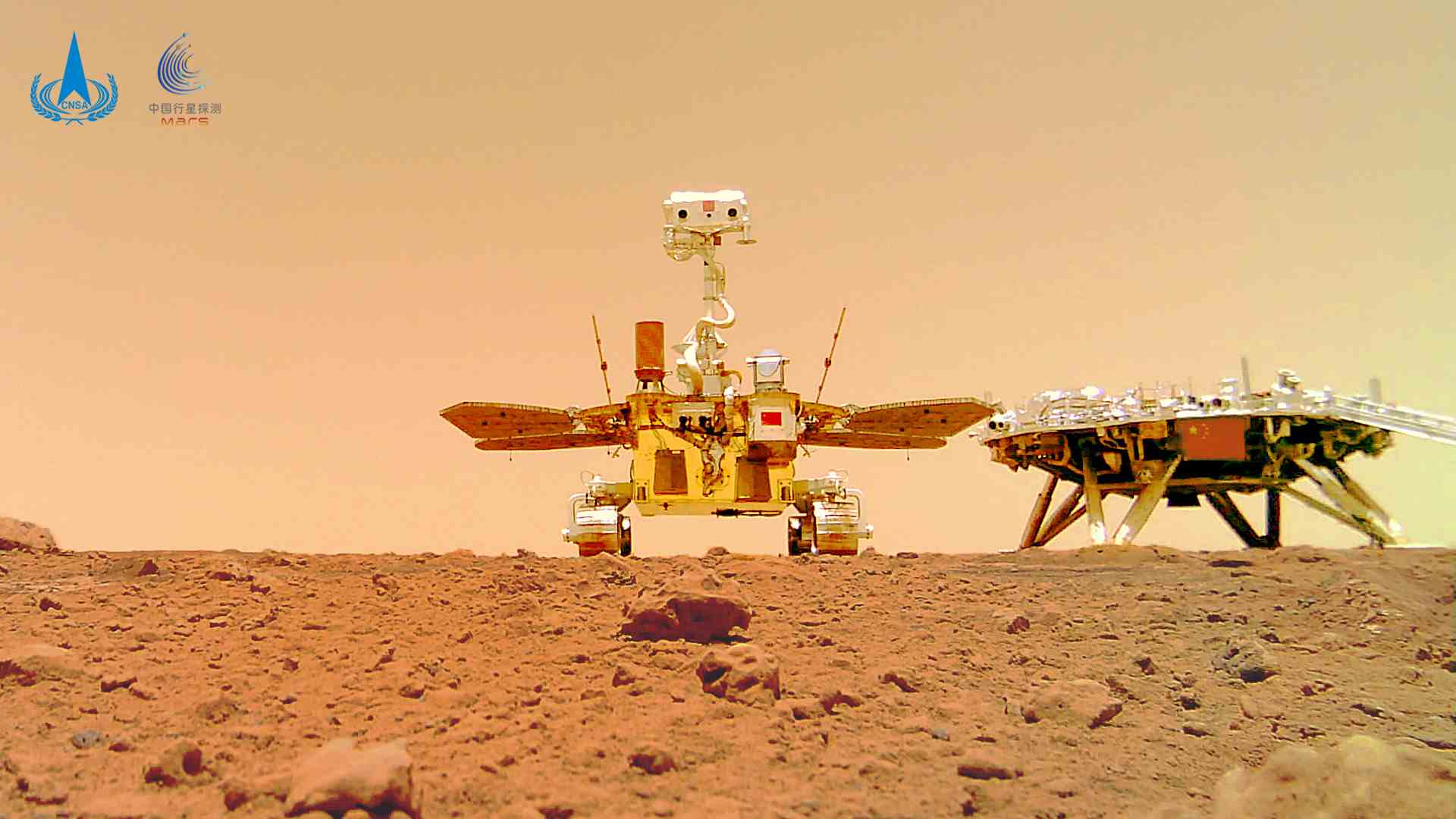 The group picture was taken by a wireless camera that had been released by the rover on the ground, from its bottom side. See this article in Chinese: http://www.cnsa.gov.cn/n6758823/n6758838/c6812123/content.html and use the Automatic Translator.

I believe the explanation in Chinese reads:

Not the answer you're looking for? Browse other questions tagged mars china or ask your own question.

31
Who took the Curiosity rover's self-portrait photo from the surface of Mars?
8
Where can I find access to information provided by CNSA and Chinese scientists and reputable science authors?
3
How did Argentina, Namibia, and Pakistan help China monitor and communicate with Chang'e 5?
41
Why did multiple nations decide to launch Mars projects at exactly the same time?
11
Is there independent evidence that China landed a robot on Mars in May 2021?
5
What are these details on (renderings of) the Zhurong rover's wheels?
2
Why is it so cold in the nighttime (-130 C at 25.1 degree North) at the location where the Chinese rover landed on Mars?
3
In their first 100 sols which NASA Mars rover drove the furthest and which one the least?