Why does the Minotaur I wear a yellow jacket that "banana-peels" off as it launches?

Videos available of the recent Minotaur I launch at Wallops for NROL-111 show a yellow jacket on most of the four stage SRB-to-orbit launch vehicle. I read or heard somewhere that wires attached to the ground "banana-peel" the yellow jacket off the rocket as it launches.

I could imagine an insulating jacket on a rocket with cryopropellants, perhaps with clean dry air blown underneath to prevent ice build up, but I can't imagine why this cover would be necessary on an SRB whose heritage is a (presumably) robust ICBM.

Question: Why does the Minotaur I wear a yellow jacket that "banana-peels" off as it launches?

NASA Wallops video "NRO L-111 Launch" cued at about 12 seconds before launch, with a lot of introductory information:

cued at 28:15 There is a lot of cogent discussion in the video before the launch which may be helpful; for some inexplicable reason the NASA Spaceflight narrators suddenly and temporarily loose composure just moments before launch: 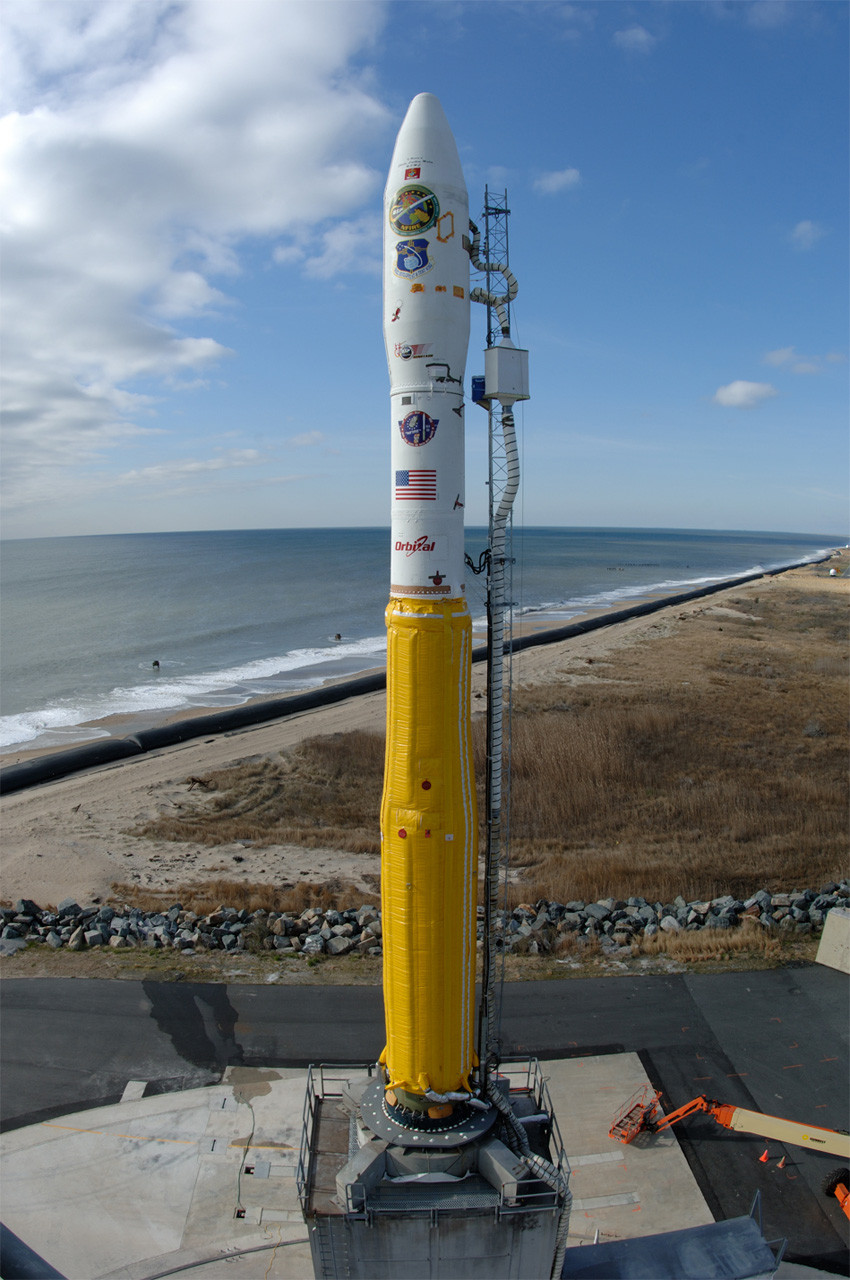 The jacket is to control the Propellant Mean Bulk Temperature, a critical factor in solid rocket motor performance.

The silos for the missiles that the launcher was derived from were air-conditioned for this reason.

the Minuteman boosters in the Lower Stack were designed to be launch (sic) from a climate controlled silo with virtually no outside weather effects until launch.

Therefore, continuous temperature control was required.... ...the tight booster temperature constraints could easily be broken. It was decided that whatever system was used it had to be quickly removable - to ensure the availability of the full launch window - and quickly replaced - in case of launch abort. After trading off various options, the approach finally implemented was an inflated, insulated thermal blanket. The blanket can be seen in Figure 16 as the yellow cover over the lower portion of the Launch Vehicle.

(emphasis mine. figure 16 omitted, it was very low res, the picture in the question is far superior)

Not the answer you're looking for? Browse other questions tagged launch identify-this-object military icbm minotar-1 or ask your own question.

15
How does solid propellant mean bulk temperature influence solid rocket thrust and specific impulse?
3
What are the temperature constraints on various solid rocket boosters?
1
What is an "Aceteria improved Ryan suborbital sounding rocket"?

20
Does the Perseid peak affect mission launches?
3
Why has the number of European space launches dropped in 2018?
7
What is the circular item that fell off of the returning booster during the CRS-16 mission?
31
What are these membranes at the aft end of the Shuttle that get torn off during lift off?
24
Why is this part of the Space Shuttle launch pad suspended so high off the ground?
8
Why does the Electron rocket throw sparks; especially at SECO?
22
Why does the U.S. military maintain their own weather satellites?
5
Why doesn't the USA use structurally stronger rockets for the more important launches?
17
Why do Space X starship launches need permission from the FAA?
1
What is an "Aceteria improved Ryan suborbital sounding rocket"?