What is an "Aceteria improved Ryan suborbital sounding rocket"?

Why does the Minotaur I wear a yellow jacket that "banana-peels" off as it launches? links to the NASA Wallops video NRO L-111 Launch (already cued at the statement in question).

At the end of the video at the video time of 34:04 the announcer says (according to the closed captions; I wasn't able to make out anything clearer by listening):

Mission information including photos will be available on NRO, NASA Wallops and Orthogram websites and their respective Facebook and Twitter accounts.

The next launch from Wallops is an aceteria imrpoved ryan suborbital sounding rocket, carrying the Rock-on educational payload.

Launch is scheduled for 8 AM Thursday, June 24th. Thanks for joining us today.

Question: What is an "Aceteria improved Ryan suborbital sounding rocket"? Exactly what rocket will launch next from Wallops? 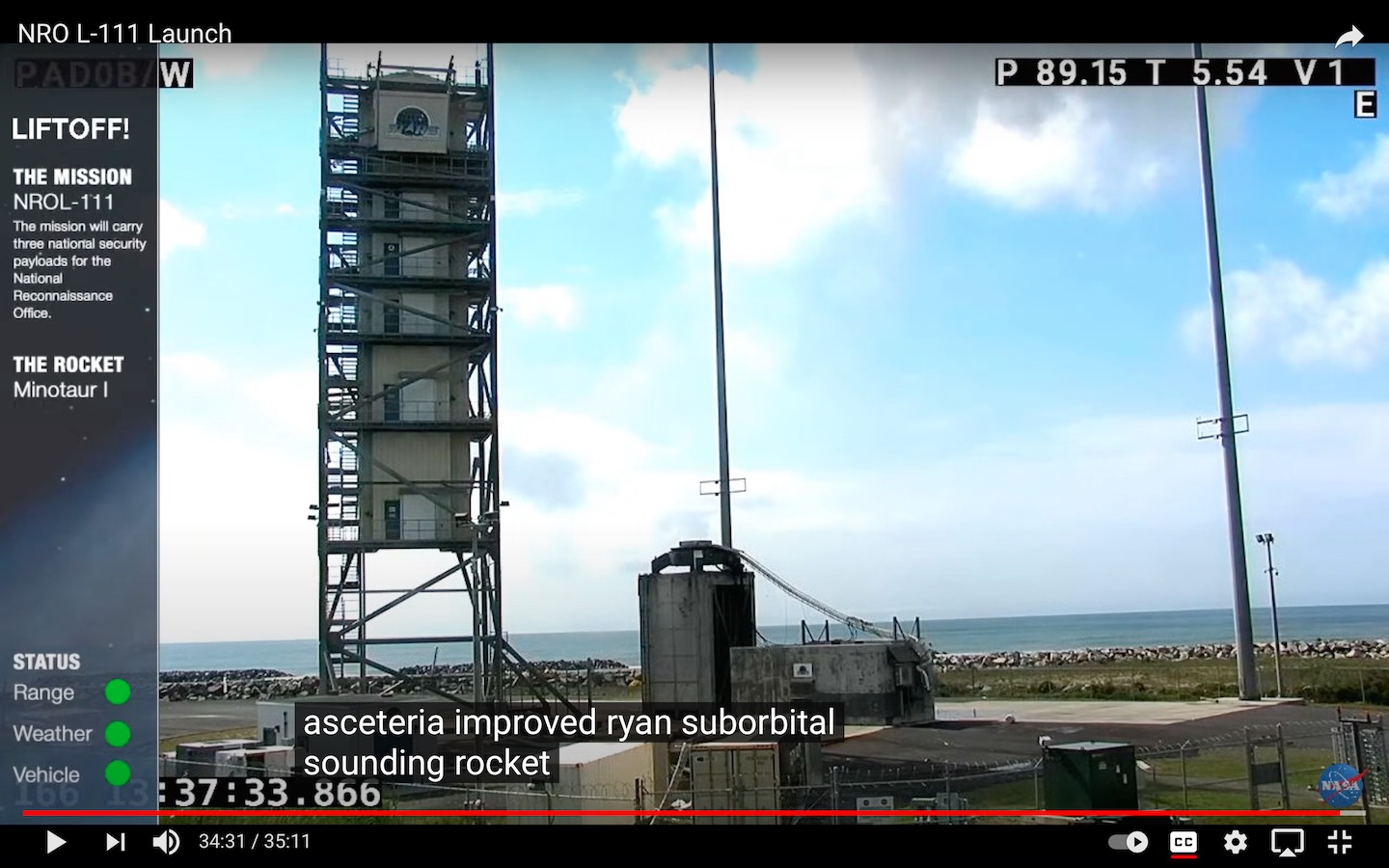 The announcer's diction is quite poor; what's being transcribed as

Wallops has an article on their website about the June 24 RockOn launch being referred to. (h/t Organic Marble)

The RockOn program is a recurring annual workshop for students to create experiments to fly on sounding rockets; RockOn has used the Terrier-Improved Orion sounding rocket several times before.

Not the answer you're looking for? Browse other questions tagged launch identify-this-object sounding-rocket outreach or ask your own question.

37
Why does the Minotaur I wear a yellow jacket that "banana-peels" off as it launches?
2
Why a Terrier Malemute?
3
Largest number of rockets launched into space from a given launch site in a 24 hour period?
3
What's up with the "What's Up at Wallops" app?