How large could manmade, domeshaped caves inside the ice dome in Korolev crater on Mars become without the danger of collapsing?

Would not the right exploitation of the ice dome in Korolev crater be the most economical way to create Earthlike room for living on Mars, if they were safe to use?

With "Earthlike" I mean the area would have breathable air with a temperature of, for instance, minus 5⁰ C and an atmospheric pressure of about 100 kPa. 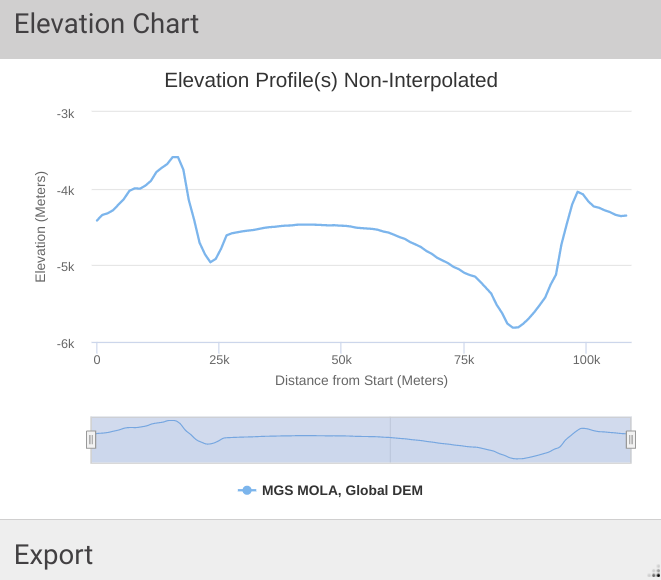 The image above shows a vertical cross section of Korolev crater with the ice dome from north (left) to south (right).

The northern slope of the ice dome has a mean angle of about 6⁰, so starting at the base with a 100 m. long horizontal trench into the slope, at the end of the trench the real entrance into the ice dome would be a tunnel into the about 14 m. high vertical wall.

The northern slope would be suitable for tunnels because on the slope of the northern rim of the crater, facing the Sun, the most energy could be produced to mine the ice of the dome.

But can it be argued or reasoned if and how the safety of such a cave would depend on its size, or can it even be estimated with calculations ?

To get a calculation as simple as possible, we can suppose the cave to have the shape of a dome.

More of a comment, but I need the space.

Using the assumption that the ice would be a crystalline solid analogous to a crystalline rock such as basalt, it would be best to keep the size of the openings within the ice small. Make them as large as they really need to be. This will reduce stability issues.

Making the tunnels and the caverns can be done via three methods:

One problem I see in having tunnels and habitats in ice how to overcome erosion of the floors of the travelways. In conventional tunneling and mining this is usually solved by continually maintaining the roadways with new gravel and grading with either a grader or the bucket of a loader. Having a bed of ice will be problematic, particularly one that always traversed upon.

To get an idea of what might be possible regarding sub surface habitats on Mars and elsewhere, with some adjustments made for atmospheric issues, the opal mining town of Coober Pedy in South Australia offers a good example.

Following on from comments made so far, a fourth option has been discussed: using diamond wire to cut blocks of ice. Given ice would not be as hard as rock, diamond in the wire could be replaced with tungsten carbide.

Recently I watched a video which briefly mentioned the former "under ice" base the US military had on Greenland.

The construction of the in-ice base used in Greenland during the late 1950s to mid 1960s was different to what is proposed by this question. Trenches where cut into the surface of the ice covered, prefabricated buildings were placed in the trenches which were then covered with arched roofs.

The base was designed to be used for a period of 10 years, with suitable maintenance of the trenches. The trenches were occupied for 5 years and abandoned after 8 years. Trench deformation was a major problem, as was the location of the sewage sump, but that's another matter. 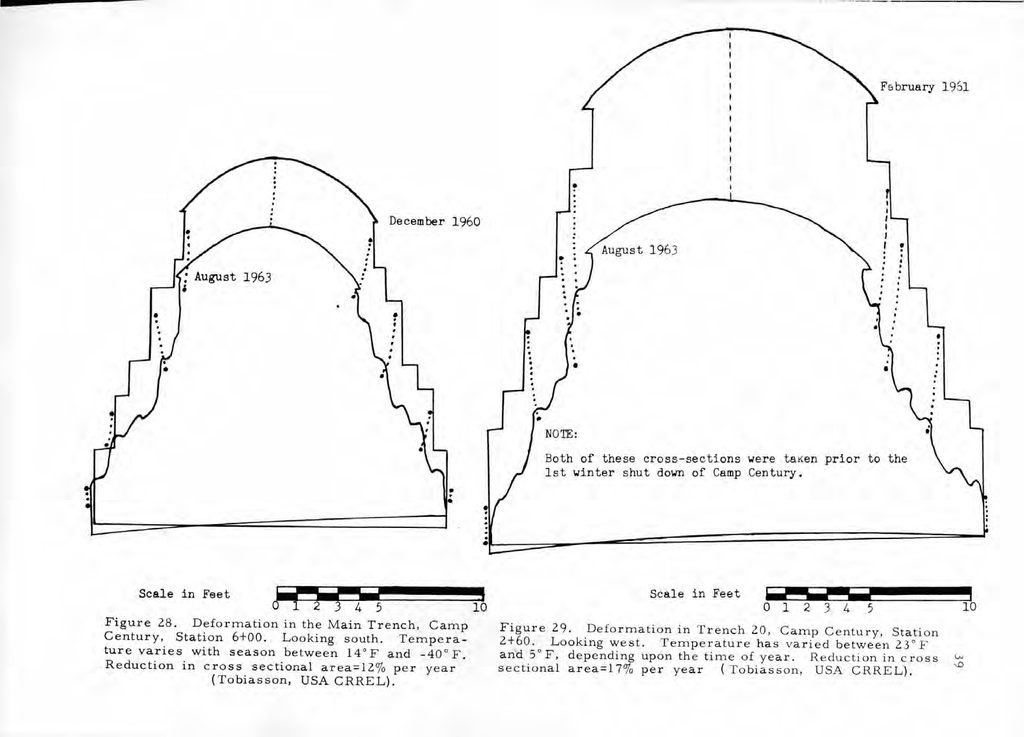 Part of the problem for the ice base was the movement of the glacier was faster than anticipated. This may not be an issue in your situation but the properties of ice will be.

snow and ice are viscoelastic materials, which slowly deform over time, depending on temperature and density.

Maintaining a cavity within a block of ice and ensuring its integrity (size and shape) will be more difficult than maintaining a similar cavity in competent rock.

Not the answer you're looking for? Browse other questions tagged mars colonization habitat ice caves or ask your own question.

0
How deep a crater could an impactor spacecraft cause on Mars?
10
How much elevation has Mars Curiosity climbed so far from the bottom of Gale crater?
1
Does the polygonal pattern on the floor of this "crater" on Mars mean that there's water ice below its surface?
6
Are there still more images of caves on the surface of Mars that could be easily made accessible for humans?
3
What would be the challenges for a settlement immersed in liquid fluorocarbon on Mars?