Joint between actuators and structure in thrust vector control systems

I've been wondering how exactly it is that actuators are joined to the structure of a thrust vector control system. The reason I'm confused may be illustrated by the following image of a Vernier engine. 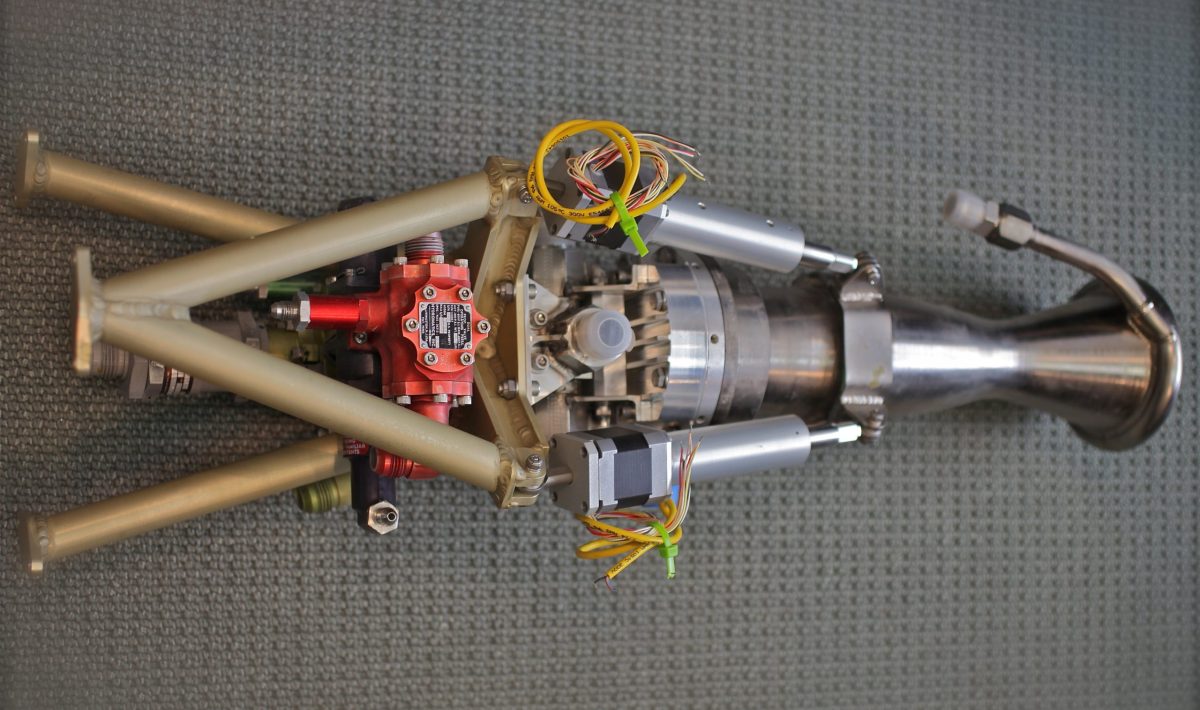 I have tried to draw a diagram to make this more clear. 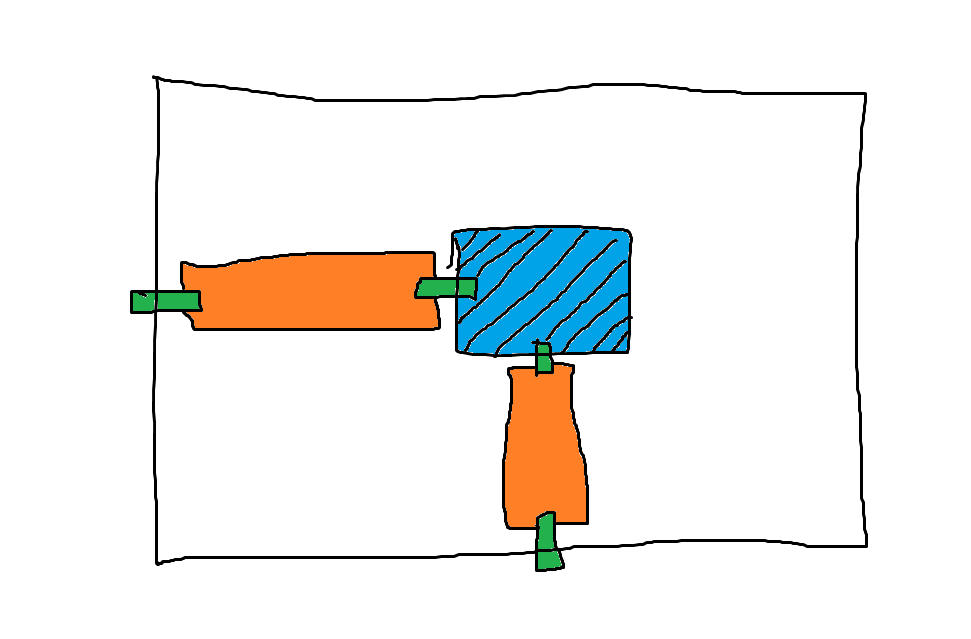 edit : Apparently it is called an "rod end bearing"

edit 2 : As mentioned in the comments it could even be a Clevis joint.

The place where the green rectangle in your diagram touches the blue rectangle has a ball and socket like joint. This prevents one actuator from blocking the movement due to the other actuator. 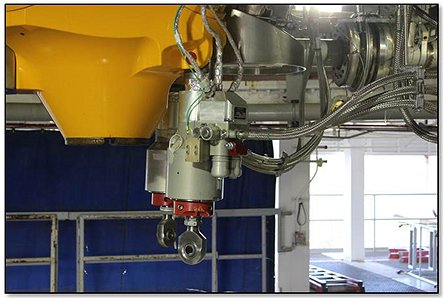 Above picture from blog.nasa.gov shows one of the two ends of an actuator where details are not obscured by the brackets on the nozzle.

Notice the ball and socket like arrangement at the bottom end of the actuator. There would be a similar arrangement on the so called "thrust take off side" also.

This ball and socket joint allows free movement in two directions. In one direction is the actuators own motion. The other direction movement is for use when the other actuator is moving.

See the images from this post. I think you can see a gap between the bracket to which the actuator attaches. A hint of the ball and socket joint can be inferred from the picture.

I have crudely marked the location on the image from the question as well as the above linked question. 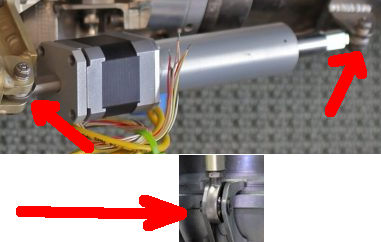 Not the answer you're looking for? Browse other questions tagged propulsion thrust-vectoring mechanisms or ask your own question.

4
Actuators for gimbaling of engine in rockets and launch vehicles

13
Alcubierre "warp" drive and gravitation/orbital considerations
5
What are joint systems used for mounting manipulators to spacecrafts?
6
Is it unusual to vector the thrust from an SRB?
7
SpaceX Engine Mounting / Gimbaling
3
Do gimbaled engines have to be carefully test-fired to ensure the thrust axis intercepts center of rotation?
6
Falcon 9 Merlin engine thrust vectoring
1
What differences exist between the pressurants and their associated systems between a pressure fed and pump fed liquid rocket engine
6
Solid state thrust vectoring