Was the teletype machine on MIR the first printer in space? Is there a photo, and what frequencies were used?

Seeing the video KK5IM 2021 Shack Tour spotted in The Ham Shack lead me to What paper size do they use on the International Space Station? which begins:

We know they have at least one printer on the ISS – that's NASA-supplied so it would be in the US Orbital Segment. Presumably there is a printer in the Russian Orbital Segment as well. (Mir had a teletype.)

(The ISS inkjet printer is also discussed in Was this printer shown the ISS in 2015 built specially to work in microgravity?)

Question(s): About the Teletype machine on MIR (in order of imporance):

For those unfamiliar with what a teletype is, a screenshot from the wonderful video linked above 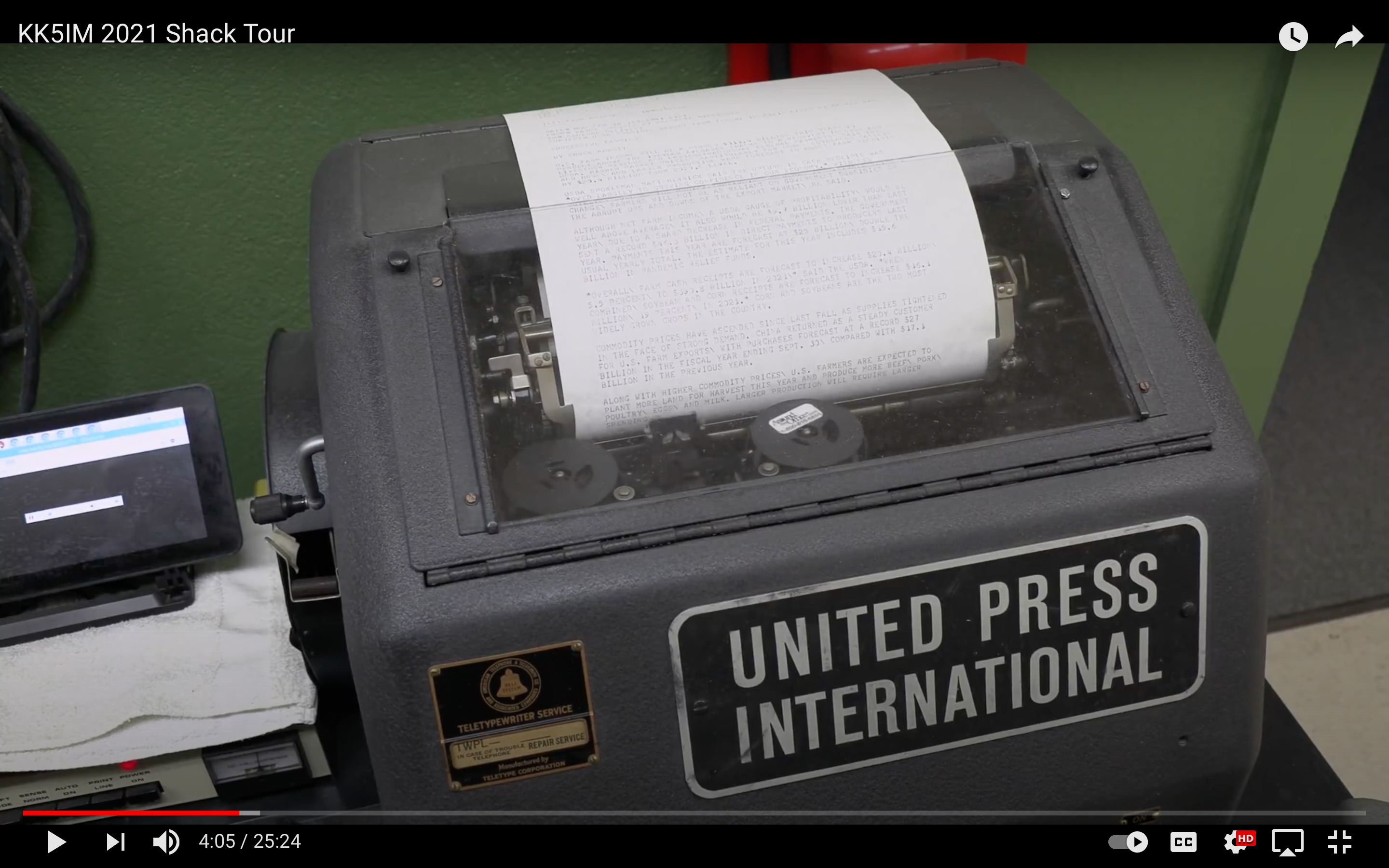 For your first question, it was definitely not the first teletype printer:

The airlock module had other functions, too. In it were located the controls for the temperature of the Skylab and the purification system of its air. In addition to the space station's electrical control and hazard warning systems, the module also had a Teletype printer, like that used by newspaper wire services and telegraph companies, over which Skylab astronauts received messages from Earth. Much more information could be sent over it than by voice.

Stroka teleprinter allowed the TsUP to send hardcopy instructions to the Salyut 4 cosmonauts.

So that gives us Skylab (1973) and Salyut 4 (1974). This Office of Technology Assessment report seems to confirm that the Salyut 4 teleprinter was a new feature over Salyut 1:

Two navigation systems for the station's automatic control were evaluated, as was a new teletype system.

The teleprinter had been added to the Skylab design in 1969 (Living and Working in Space, ch 6). I haven't been able to find out if there were any plans for a teleprinter of some kind on MOL, had it ever flown, though it seems plausible - if only because it would be less confusing to send up written lists of observation targets than read them all out over a voice link.

I have also not been able to find out if there was a teleprinter in the Salyut/Almaz stations. If so it would have been on Salyut 2 in early 1973, and so just beat Skylab into orbit, but would never have been operated.

However, Salyut 3 (and thus presumably Salyut 2) did have facilities for developing photographs and making prints from the negatives. From Mir Hardware Heritage:

Cosmonauts could develop film from the Agat camera on the station. Important or interesting images were printed, then scanned by a TV imaging system for broadcast to Earth.

This probably doesn't match your definition of "printer", but it's worth noting. I don't think any earlier flights would have had facilities for developing film and making prints on-orbit. There were earlier automated systems that took film images, processed the film, and then scanned for transmission (eg SAMOS, Lunar Orbiter; see this question) but these did not require an intermediate stage of making prints, and there would have been no need without a human in the loop.

Had it flown, MOL would likely also have had on-orbit developing facilities (in order to allow users to re-focus the cameras) but interestingly that article suggests they would work directly with the exposed frames, rather than making prints.

UPDATE 2: Confirmed that (unencrypted) teletype existed on Salyut 2, from one of the programmers on the teams, with an amusing note on where they got the magnetic tape from:

On board the Salyut-2 and the Salyut-3 stations, the Salyut-2M computers were installed. It had a tape drive... Magnetic tape for this drive was taken from American balloons. The Americans sent spy balloons over the Soviet territory; some of them fell down, and tapes were taken from those balloons.

The Salyut did not have a digital communication line; they used the Stroka teletype system.

Since we provided for the possibility of correcting programs, we linked the computer with the Stroka, and we entered new programs and corrected old ones through this system.

We sent everything over the teletype. 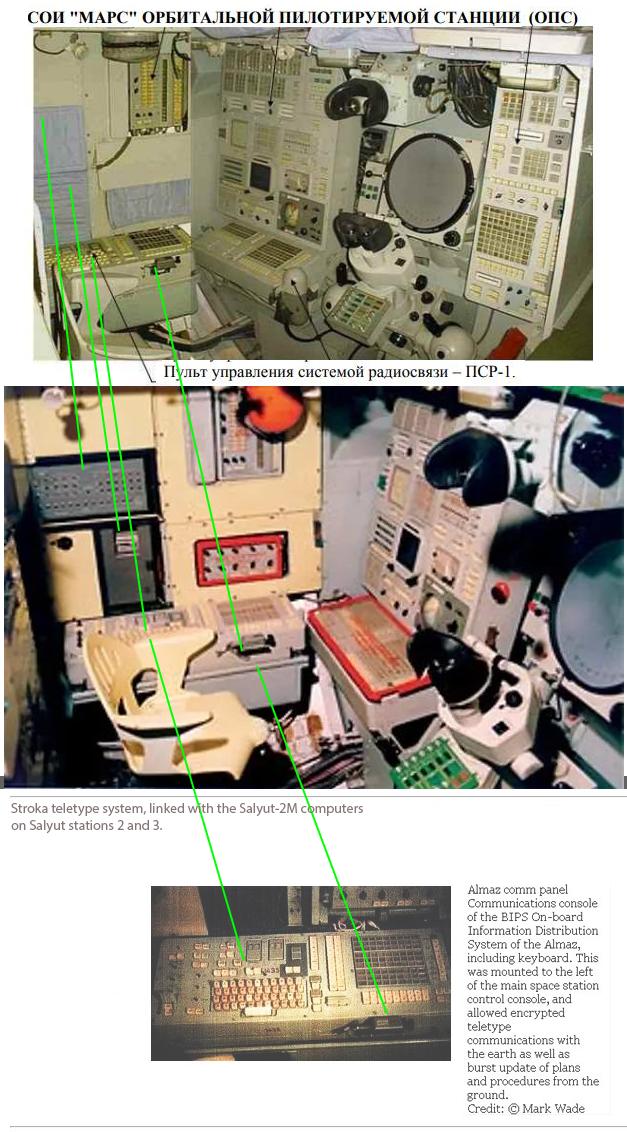 UPDATE: i've come into partial info. I think the BIPS is misleading and whilst there is a encrypted teletype system, the name BIPS is for something else.

What BIPS is, is exactly what the Russian sources say it is, a information retrieval system - cassettes with data on, which are loaded and projected on a mini screen. There is also a sort of slide rule and sort of plotter (perhaps). The cassettes are preloaded prelaunch and are only accessed when on orbital duties. 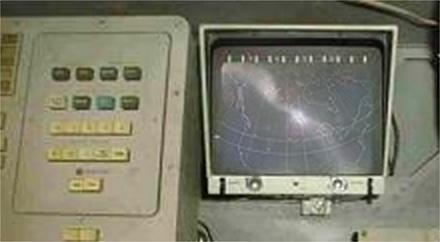 There is a computer enhanced mode for when the operator is too busy controlling something else which automates the search and display of data. 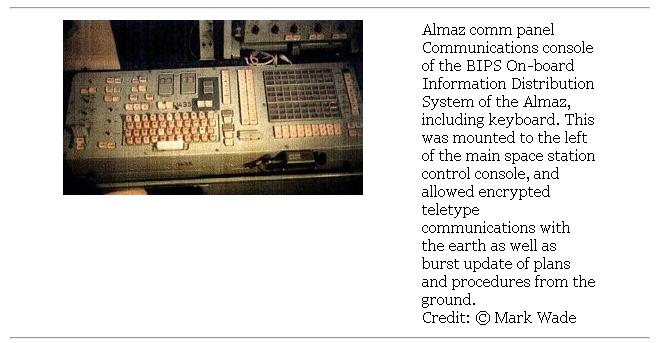 No mention of printer, so i think this does not qualify as the teletype system.

As i say, there is a encrypted teletype system, with keyboard and printer, as described at the control post, but i don't know its name.

Also, the control post layout of Almaz is substantially different to Salyut, with different departments involved in designing the layout given the military operations that were involved. This made it harder to find where the system might be placed.

Back to original answer:

Okay, this might not be enough for an answer but:

Question(s): About the Teletype machine on MIR (in order of imporance): 1.Was this the first printer in space? 2.Is there a photo available of it? 3.What frequencies were used, since traditional shortwave frequencies would not escape the ionosphere?

I think the answer by @andrew is correct, and I also think that if the answer only considered the act of printing, then this would be correct, Almaz 1/Salyut 2 would be the first.

If you include 'teletype' only then the answer could still be right, but for a different reason and with complications:

So, yes, pictures gleaned from Agat-1 apparatus would be first checked on the light table, them printed up large, scanned on a tv camera and then sent via television signals on the next pass over the Soviet Union.

(Agat-1 was basically a massive telescope, a mirror that took a year and half to complete manufacture, and had a large camera slaved to it to capture what was seen. Resolution was good at the time, being able to read numbers on aircraft and see the suspension cables on the Brooklyn Bridge. Pictures considered worthy were then shot on a tv camera and transmitted, of course this was quite low resolution at the time so if they wanted the negatives, they would put it in the self contained canisters and eject them to Earth for retrieval)

The film developing and printing system was a huge assembly to one side of the Space Station. 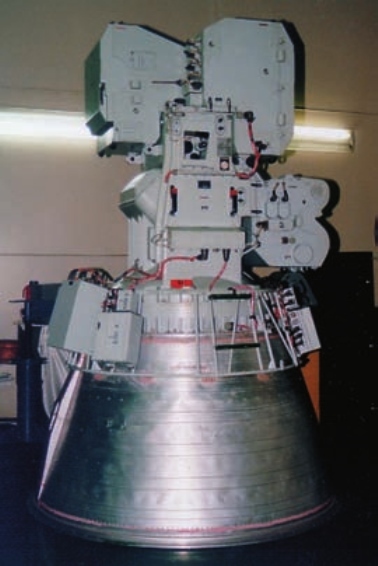 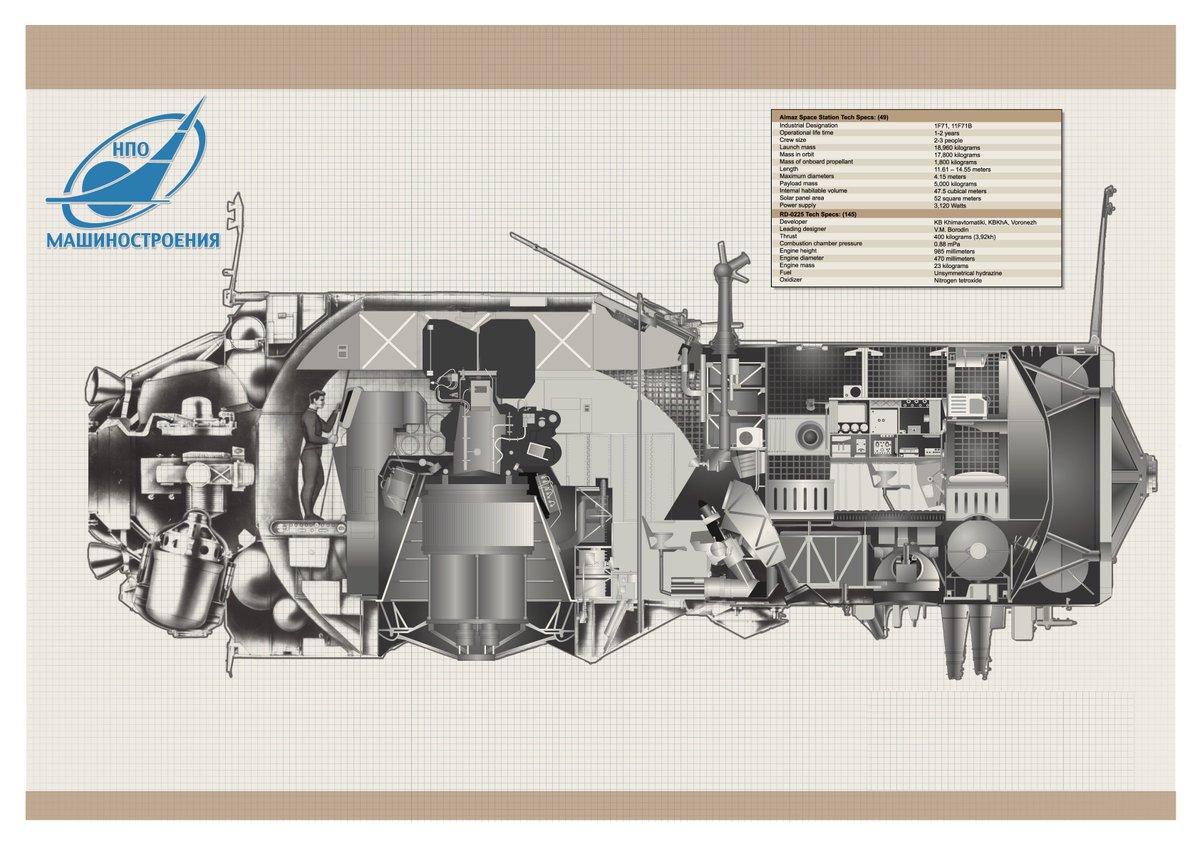 Encrypted teletype communications was the norm, and many are still secret, some only being revealed in the last 10 years so when they had been developed in the 1950s and 60s.

and subsequently other links such as this: http://www.self.gutenberg.org/articles/eng/Information_display_systems

Conical 1.2 m long transition section, housing the main station control console, including the stations manual controls, the large POU-11 panoramic view screen for selecting targets for the other station sensors, the keyboard and printer of the BIPS encrypted teletype system, and the eyepiece of the ODU-5 sighting scope. 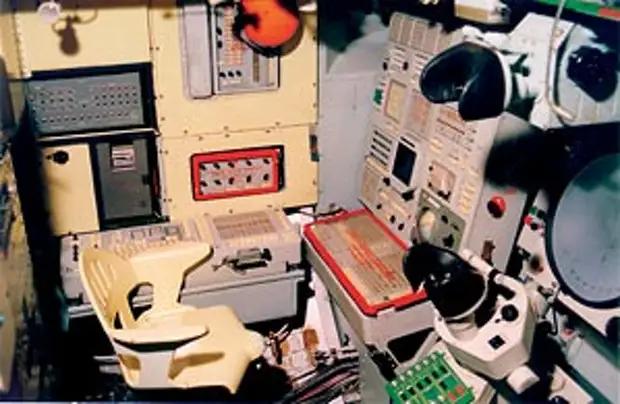 the Pechora television equipment and an information retrieval system were placed in the working area to quickly obtain data on the equipment operation.

So, technically, Almaz-1/Salyut-2, by achieving orbital insertion, even if not for very long, had both the first printer in space and the first (encrypted) teletype system in space.

But i fall short of other details...

Details are sparse probably because not many photos would be taken of a secret device and the device is still secret..

12
Was this printer shown the ISS in 2015 built specially to work in microgravity?
10
Was Fidel Castro ever in a Soviet spacecraft?
5
How to develop a photographic film in lunar orbit?
19
What paper size do they use on the International Space Station?