Why were the Space Shuttle Orbiter's landing gear not level? 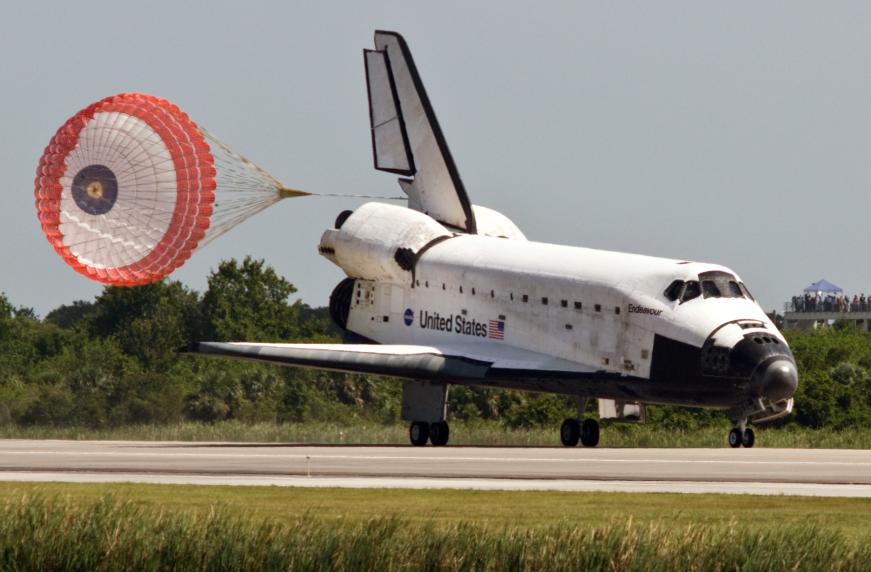 There are really two questions here: why is the main gear long, and why is the nose gear short?

The main gear for most aircraft are designed to carry most of the aircraft's weight and therefore they're positioned near (slightly aft of) the center of gravity. The space shuttle lands at a high angle of attack (a very nose-up attitude) because of its delta wings. In order to provide adequate clearance to avoid a tail strike, the main gear needs to be long.

Concorde also had delta wings and landed at a high angle of attack. It similarly had very long main gear. 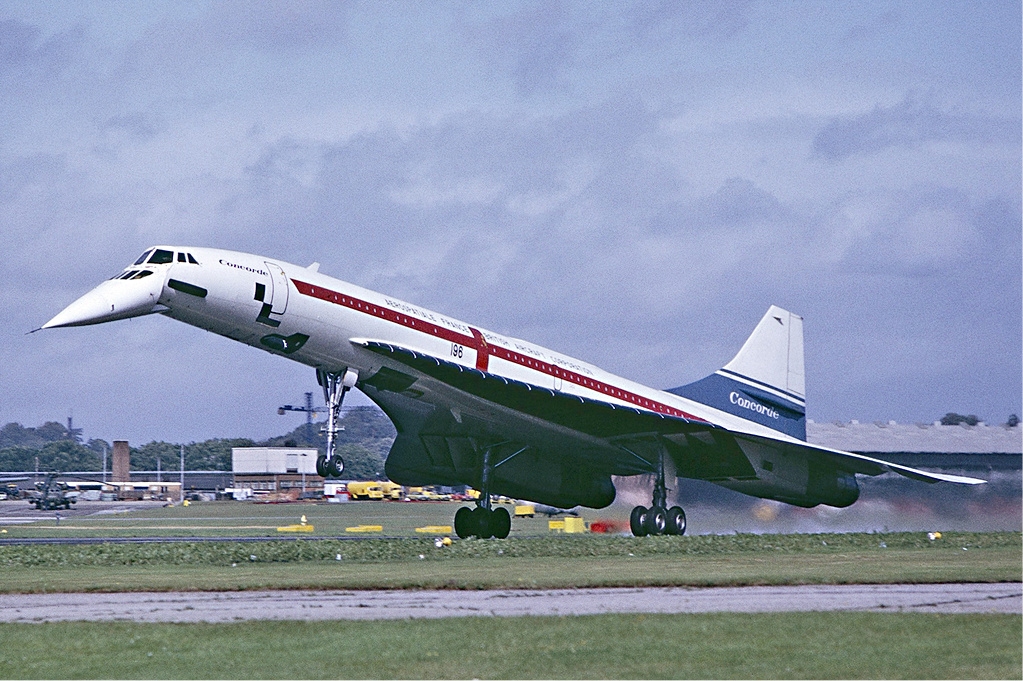 In order to keep the aisle level for passengers boarding and exiting, Concorde also needed a long nose gear.

So why didn't the shuttle have a long nose gear strut? To save weight. Every pound/kg of mass you add to the nose gear strut results in that much less payload you can take to space. The shuttle didn't have passengers walking up and down the aisle, so there wasn't much of a requirement to keep it level.

An interesting consequence of the negative (nose-down) angle of attack after touchdown was that it applied extra load on the main gear. At that angle, the wing wants to "lift" the shuttle downward into the runway. So, after the nose gear touched down, the elevons were positioned 10° down, which changed the angle of attack of the wing and helped reduce the weight being applied to the main gear. This was called "elevon load relief". See Shuttle Crew Operations Manual - Section 7.4-19

Not the answer you're looking for? Browse other questions tagged space-shuttle landing landing-gear or ask your own question.

3
How would vertical landing scale with size - does bigger = "easier" (actually)?
6
Why use skids for landing gear on an orbiter?
5
What military forces provided Space Shuttle search and rescue?
2
Why didn’t the space shuttle external tank have pressure-relief vents?
69
Why did the Apollo 13 crew extend the LM landing gear?
4
Were the landing gear doors closed during the Approach and Landing Tests?
6
What were the space shuttle’s emergency procedures for an SRB or ET separation failure?
11
What caused STS-129's low energy condition on the HAC?
16
Why was the Space Shuttle Orbiter's in-orbit time limited?