What is this thing on the right of the frame in this photograph? (STS-71) 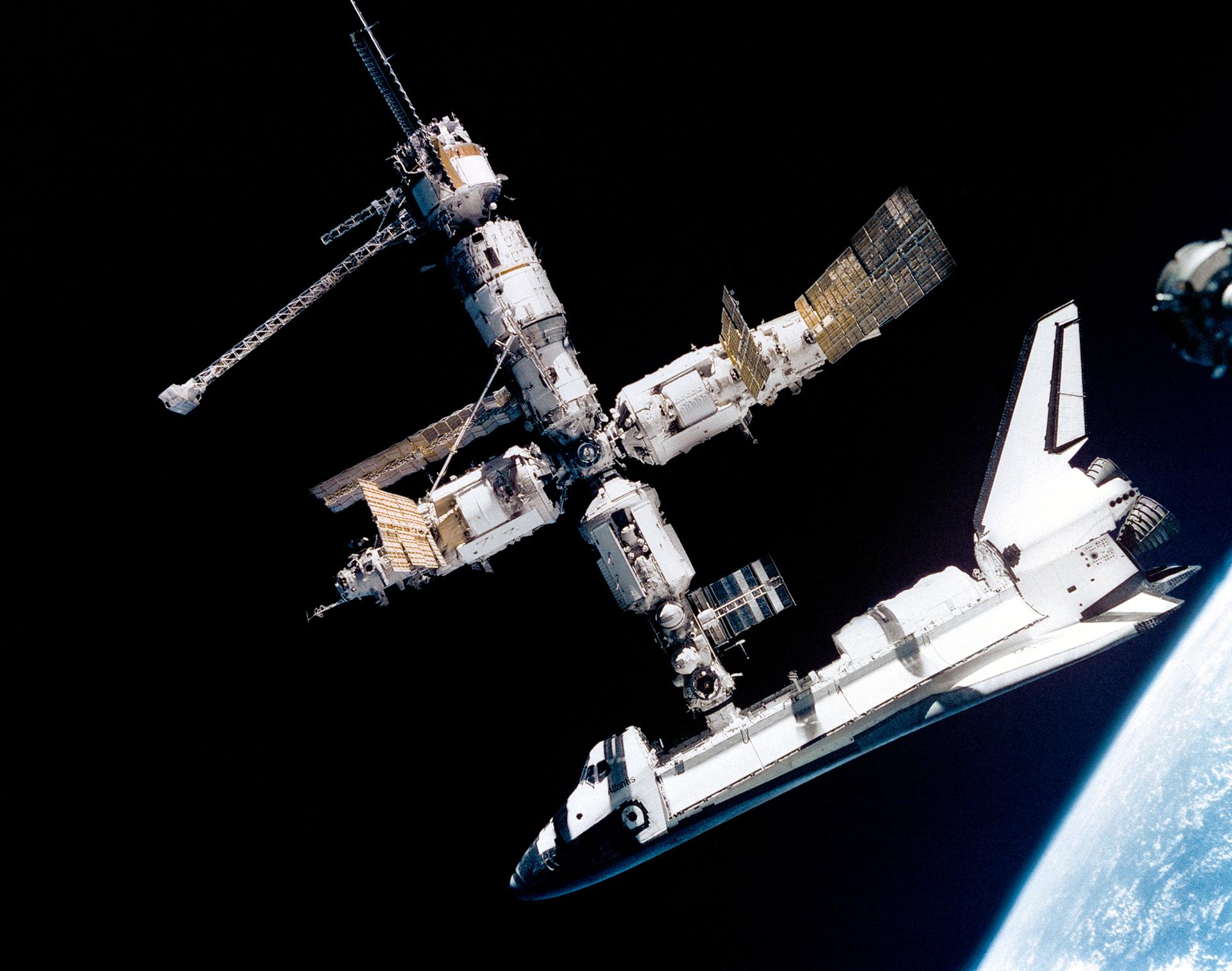 (some versions crop it out)

So far, given where the windows are on the Soyuz, I do not think it is the (pilot) periscope - which also has a square-like head as opposed to the round shape as in the photo.

Closest I can think of is:

(except it does not look like that - unless TM-21 had a different kind of antenna on the panel tip?) 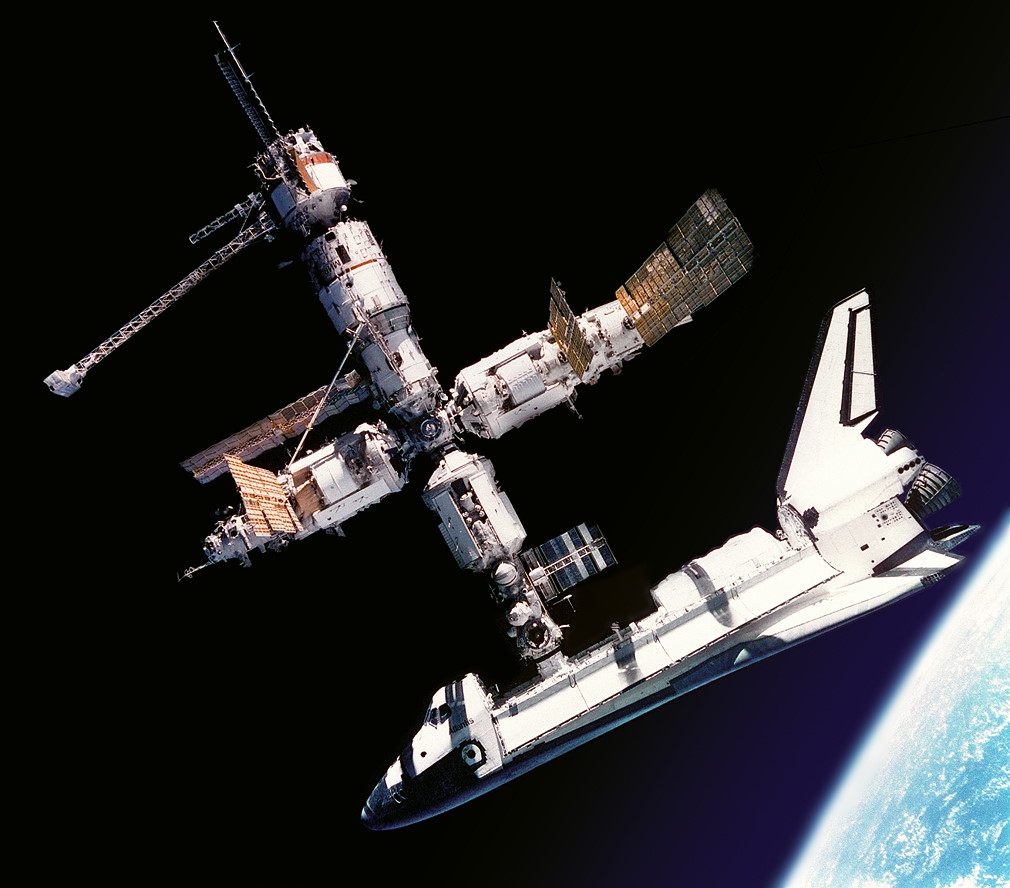 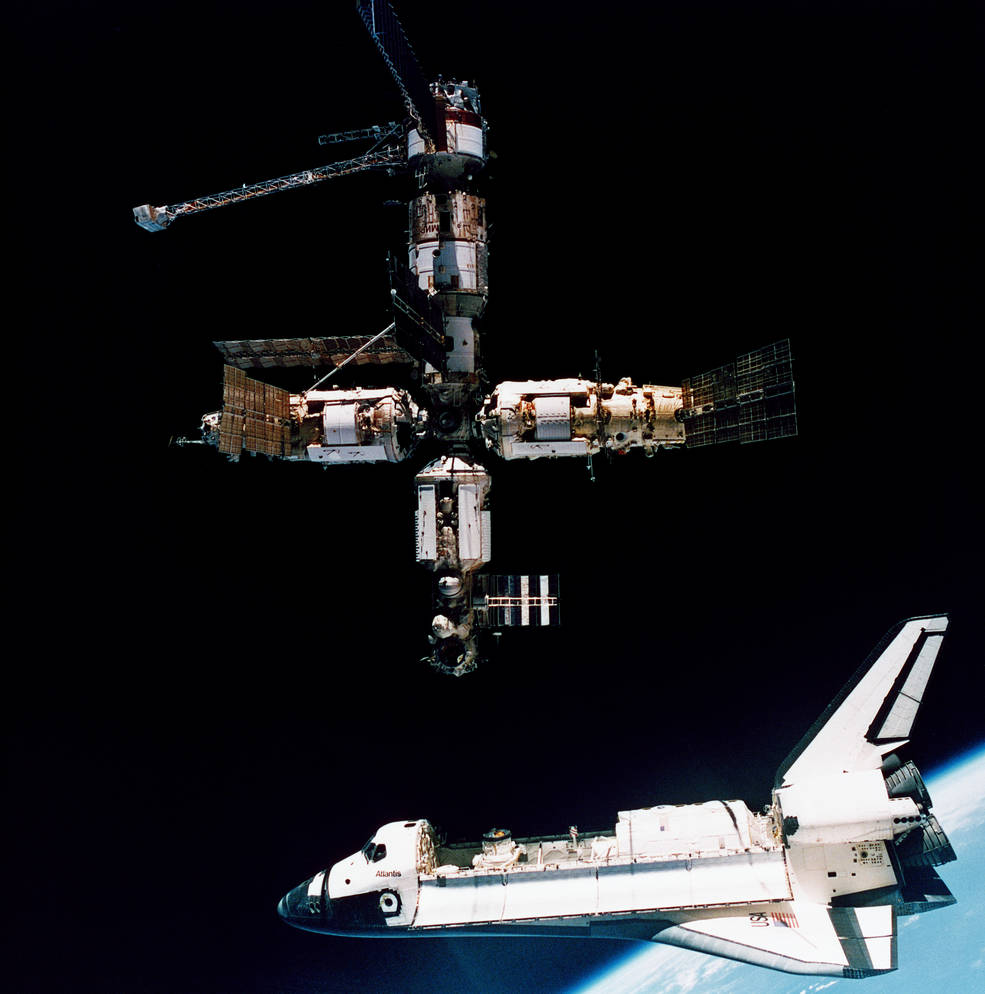 This is the actual Soyuz used for the photo opportunity: 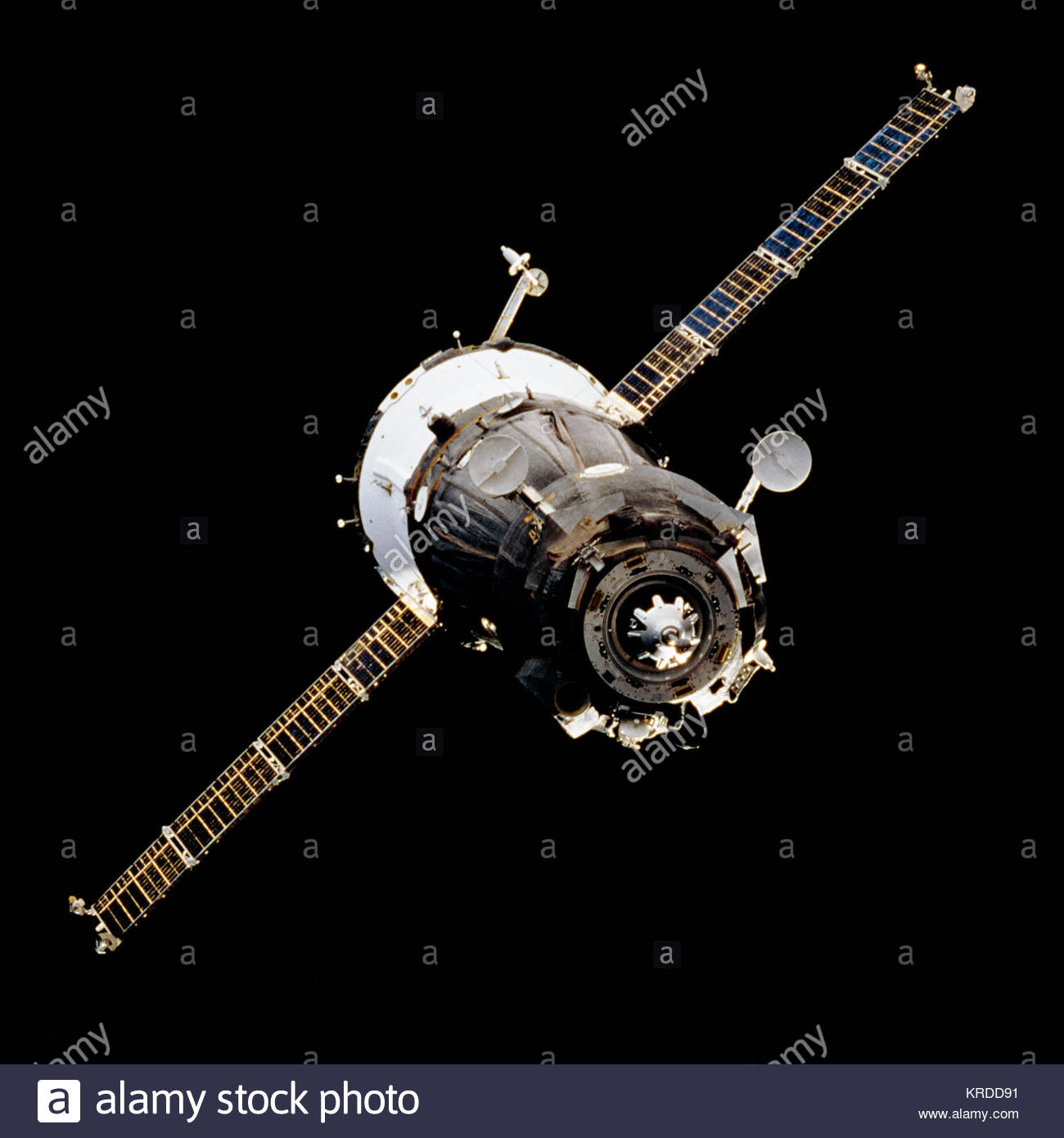 'Solar panel wing tip antenna' is my current thinking, as I do not know what else it could be... 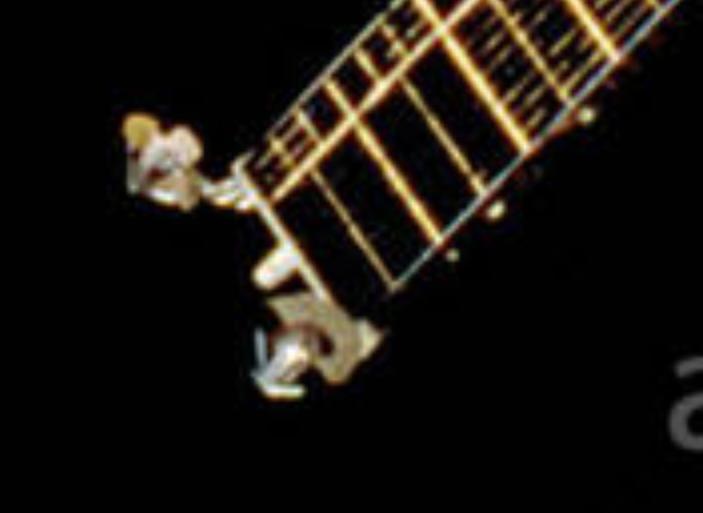 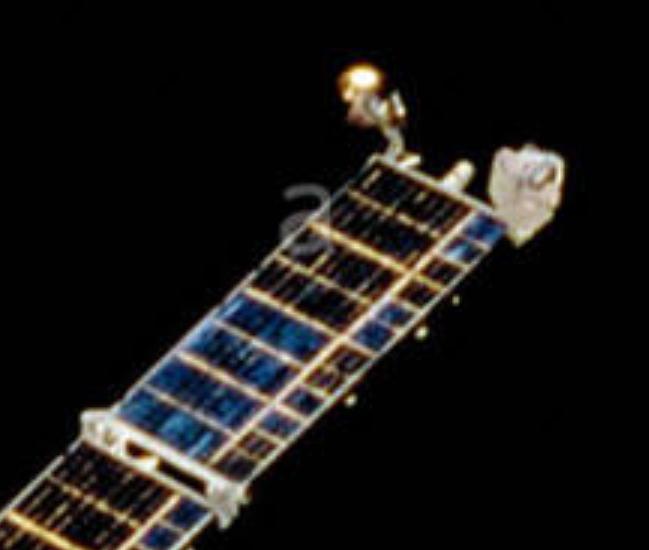 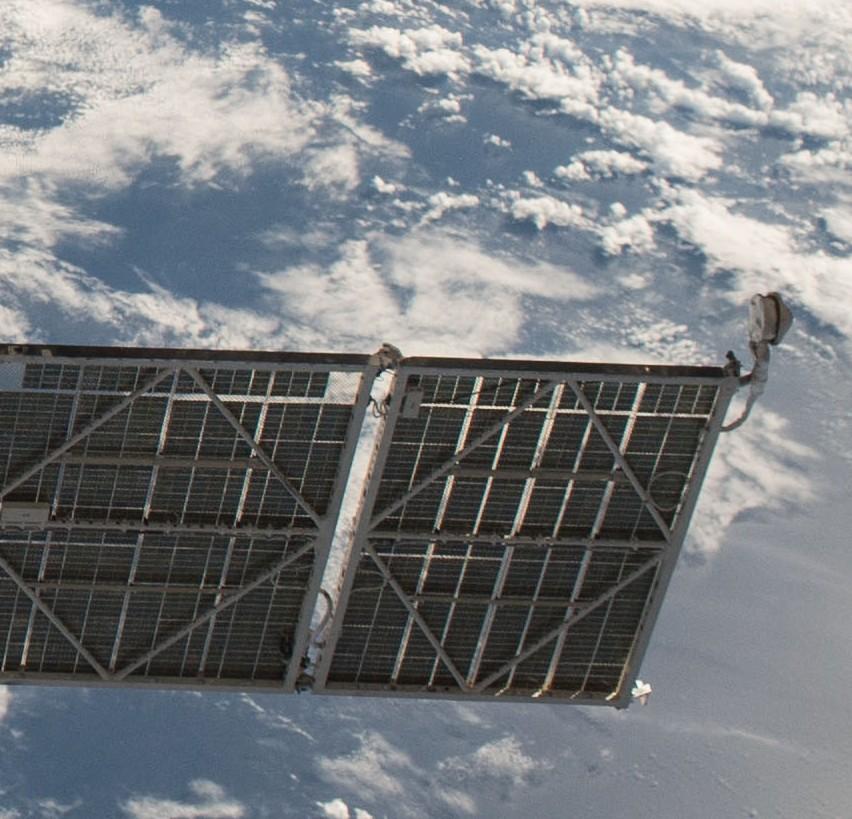 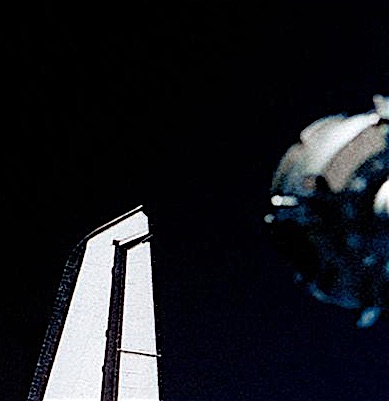 I had previously counted out the probe for the following reasons:

I assembled a rough 3D version of Soyuz, blister and tested with probe extended.

I previously had ignored this for the reasons above but now it fits - it becomes visible from the blister - makes sense since it is presumably to aid docking.

So, i can only come to the conclusion that the crew decided not to retract the probe because they weren't out for long anyway.

And it was easier to adjust the position of the Soyuz at this bearing compared to the orbital stack, hence usual side windows not being available.

(The sizes, dimensions, FOV and most things i guessed for measurements, a lot of the data i required seems hard to come by) 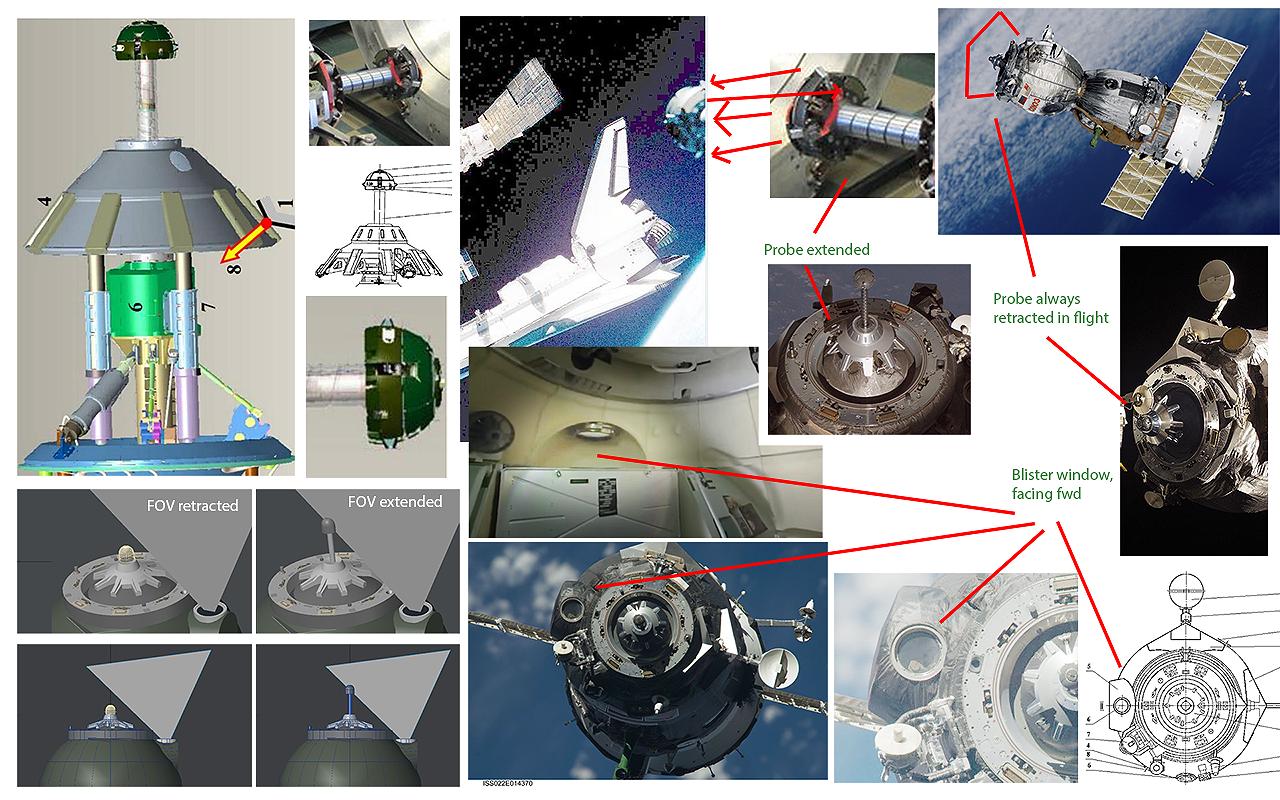 oh well, hope it was useful .. I think i thought it would be more exciting...

6
How many antennas does Kurs use in toto, and what are each of their functions?

1
What is this tiny articulated dish antenna-like thing on Zvezda?
11
Function of this big pointy thing on the Titan Transtage? Do other upper stages have something similar?
7
Is this rocket design from 'The Americans' credit sequence real?
3
Which Apollo 12 astronaut is shown examining the Surveyor 3 lander in this photograph?
5
What is the reason behind the chromatic aberration on this DISCOVR picture?
8
On the ISS what is that frame with a criss-cross of rubber bands?
2
What mission is this Chris Hadfield photo associated with and what is the location? And what is that thing?
13
What is this long truss associated with Mir?