Other than then N-1 (30 engines) has there been a single stage of a rocket with more engines than a Falcon 9?

Are there any stages on other launchers with more than 9, or even close to 9 engines? (Not in design phase, but metal bent, and possibly an attempt at a launch. Can't ask for success since that kicks out the N-1, just an attempt will make me happy).

The Jupiter-C and Juno second stage was a cluster of 11 (!) solid rockets. 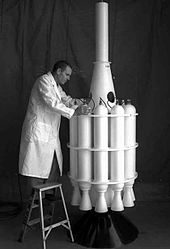 Depending on what you're willing to count, the R-7 & Soyuz launcher family have 20 thrust chambers going at launch -- 16 on strap-on boosters, 4 in the sustainer core. (Each cluster of 4 chambers shares one set of fuel pumps, etc., so it comes down to whether you define that as 5 engines or 20.) 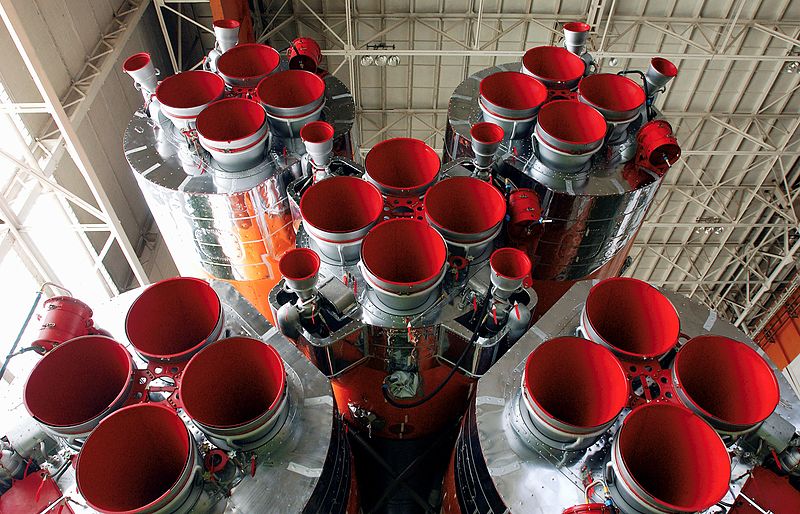 Black Arrow - UK satellite launcher (1 success in 3 launches) had 8 "Stentor" engines in the first stage plus what appear to be two significant sized gas generator exhausts. The two exhausts would definitely have added small but measurable thrust. Whether you count them as 'engines' is up to you (but I suspect that you won't :-)).

Here is a hot end view of the 1st stage of the successful launcher, with engines. 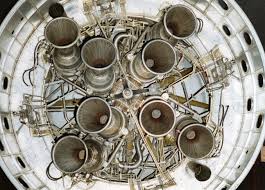 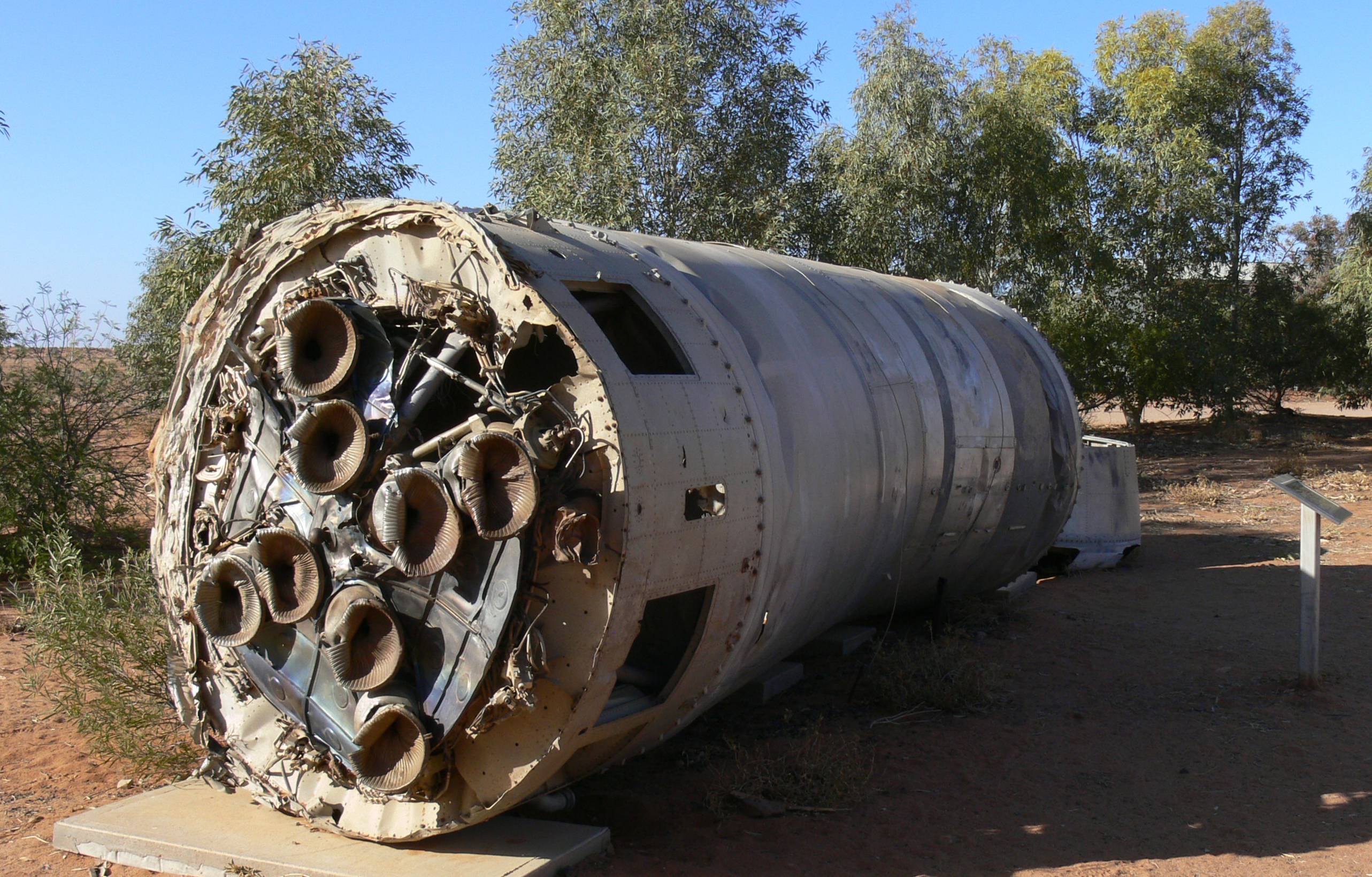 I hope to get to visit it sometime this lifetime, but may not manage. I've been within about 100 miles but the last 100 miles is a no-no-no for rental camper vans (and my wife also had some thoughts on the subject). Next time.

The OTRAG rockets, with von Braun involved until his death, apparently fired off at least one rocket with 12 engines, and had plans using the same basic hardware to build a 1 metric ton to orbit rocket with 64 engines, 48 in the 1st stage, 12 in the 2nd, and 4 in the 3rd. All were mounted in parallel with each stage peeling off after firing.

As far as I know, SpaceX holds the record. The Saturn 1B takes second place with 8 engines. Everything else I know off has smaller numbers. The Delta has up to 9 boosters, but they would not all fire simultaneously so you could argue those amount to 2 stages.

(shows you what I know, @Russell has found the winner)

yall are forgetting the electron. 9 engines on the first stage and 1 engine on the second stage. to be honest its just a smaller version of the falcon 9 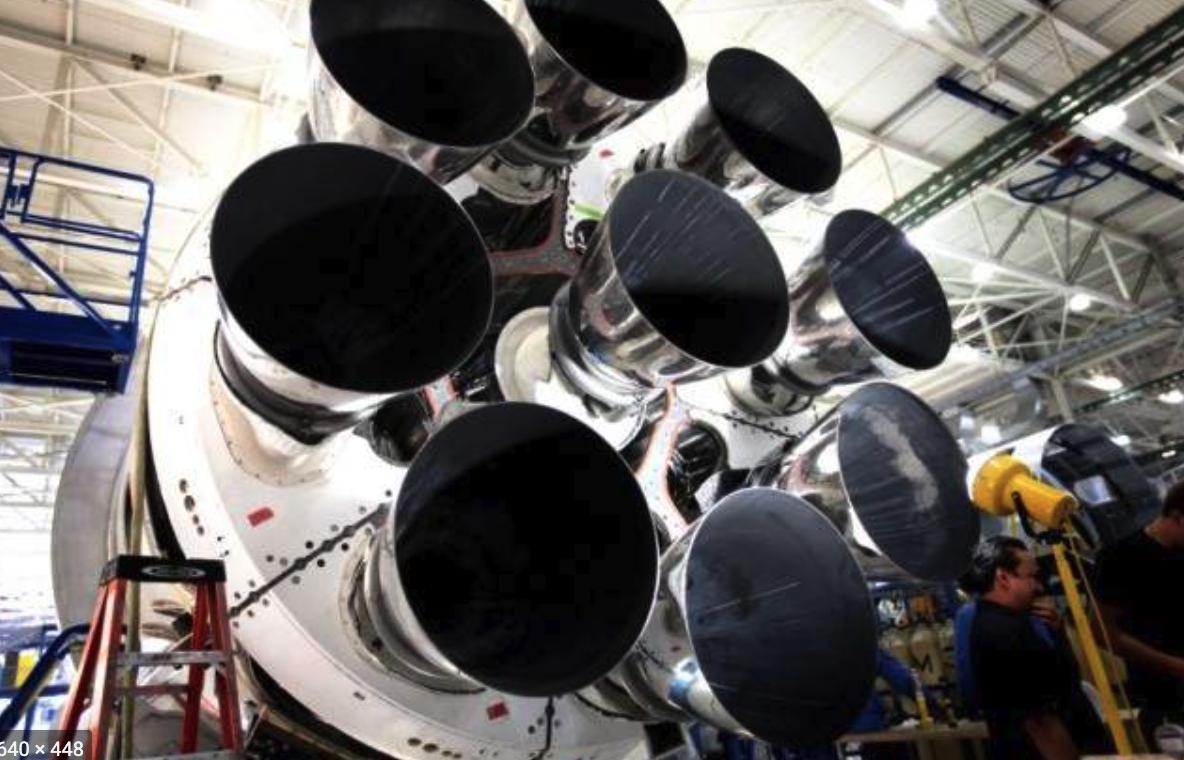 Not the answer you're looking for? Browse other questions tagged spacex falcon-9 engines n-1 or ask your own question.

0
What is the largest number of engines ever used on an orbital class rocket?
7
Has any rocket been launched into orbit from a plain flat surface?

6
Was any first stage recovery system tested on SpaceX Falcon 9 flight seven?
6
What auxiliary engines do the Falcon 9 first stage have?
2
SuperDraco Dragon V2 vs Merlin 1D Falcon
25
What makes the Merlin vacuum engine so deeply throttleable?
8
Why is the Dragon small compared with the Falcon 9 LEO payload
10
If it is difficult for Merlin engine to have deeper throttling, could it be as an option a different engine at the center of the rocket?
4
Can Falcon 9 first stage landing final burn using one, two, and three engines? Tradeoffs?
4
Is the BFB/super heavy likely to have an easier time landing than the Falcon 9 booster?
4
Are there any rocket engines in current or former use that aren’t normally restarted in flight, but have the capability for an emergency restart?