I am looking at the datasheets of many star trackers (just out of curiosity) and I see that there are two types of accuracy definition:

or similar naming. How are the two of them defined?

By just googling those names I get many results where those accuracies are quoted but I could not find what is their meaning and how are they defined. I would also find it very useful if you could kindly remind me what is "boresight" in the case of a star tracking device.

From the linked data sheet:

Bore sight is the direction along which the star tracker camera-lens system is pointing.

I have drawn a diagram based on what I have understood.

It looks as if the cross accuracy can be increased by increasing the focal distance of the lens system. The about-bore-sight accuracy can be increased by increasing the sensor size. About-bore-sight accuracy also seems to depend on the position of the star image on the sensor. If the star image falls exactly at the centre of the sensor, even a 360 degree rotation about the red axis will not move the image to another pixel on the sensor. The second method being costlier, it is not surprising that accuracy about that axis is traded off. 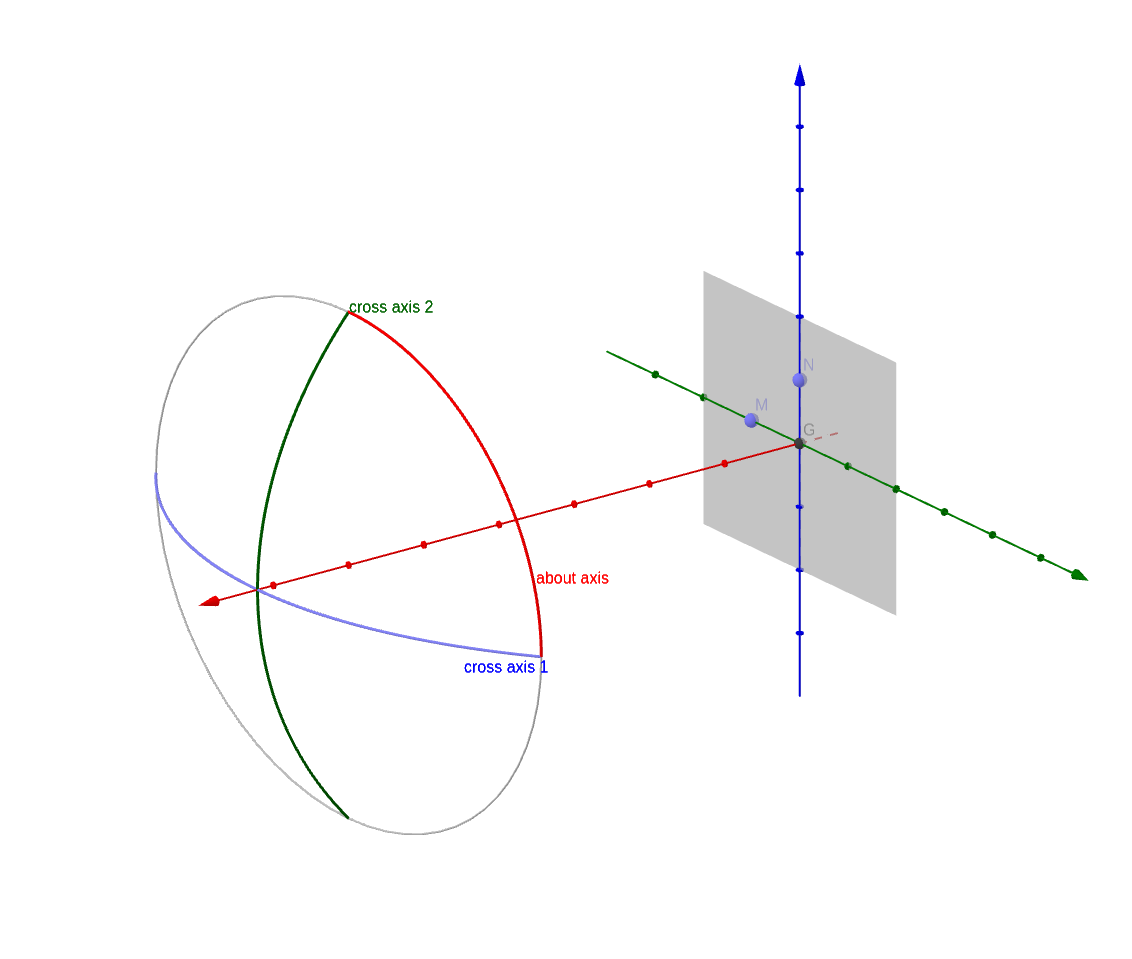 The below two images attempt to illustrate the angular accuracy for the cross-axis and about-bore-sight directions. 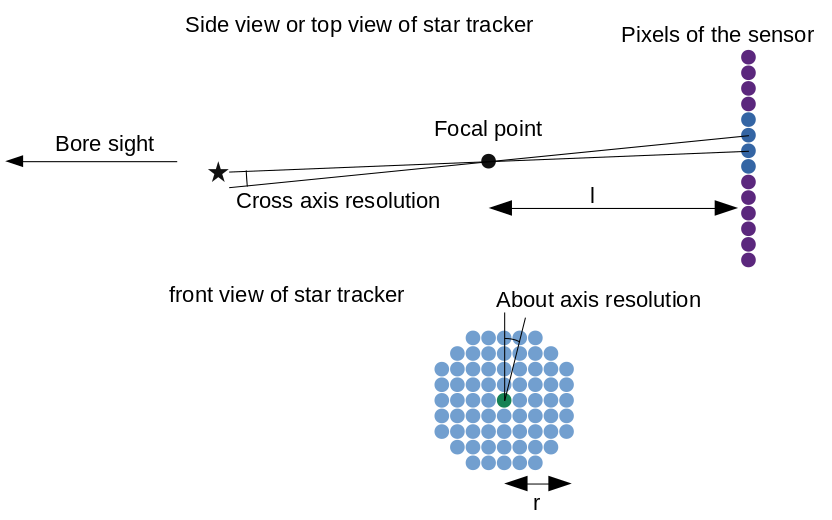 The top image shows a side view of the star tracker. The circles on the right side represent pixels on the sensor. The accuracy would depend on the angle that sensor would need to rotate for a star's light to move from one pixel to its neighbor. This can apparently be increased by increasing the focal distance (marked l).

The bottom image shows the "front" view of a star tracker. The pixels on the sensor are shown as circles. Imagining that the star light falls on the outer most pixel of the sensor, we can see the angular accuracy about-bore-sight. It seems to depend on the size of the sensor (marked r). If the star light was focused exactly on the centre pixel (coloured green), then rotation about bore sight would not shift the image to any neighboring pixel making the accuracy wrose.

There are several different accuracies/errors listed in various datasheets (which I don't fully comprehend, hence question marks), but it's important to not compare apples to oranges:

Some suppliers will just list one value [5]. Other considerations are how fast the spacecraft is spinning (reduced performance at higher rates [4]).

Edit: With regards to @AJN's answer (nice graphic), I made a table comparing the ratios of cross boresight & boresight accuracies/errors:

Not the answer you're looking for? Browse other questions tagged star-tracker or ask your own question.

6
How did the Canopus Star Tracker work? Are there any still out there in service today?