Is the zero gravity experienced in ISS the "artificial" kind?

I always wondered about the following:

What I mean is, isn’t the zero gravity experienced by an astronaut inside the ISS similar to what a person would feel if they were standing inside an elevator that was free-falling for a long period of time? Or more precisely, isn’t it similar to the artificial zero-gravity created by those big zero-g airplanes? And we somehow seem to forget that when we look at those ISS videos.

Or am I completely wrong?

Gravity is everywhere. There is never any actual true "zero gravity" in the universe.

But if you're in freefall - meaning following gravity's pull rather than resisting it, or being blocked from following it (by the floor, your nearby planet, spaceship walls as it thrusts, or whatever) - you don't feel it, and that's the thing we call "weightlessness" or (wrongly) "zero gravity".

The weightlessness you feel in a spaceship far from any object, is exactly the same weightlessness you feel on board the ISS orbiting earth. There aren't 2 kinds ("artificial" vs "real"). You can see that because if you zoom out your focus a bit, the spaceship "far from any object" is in fact still falling towards some object, perhaps at very high speed. Its nearest galactic cluster, or supercluster, a few dozen megaparsecs away, perhaps, but it's still falling fast towards it. If it doesn't hit anything, it will follow a path that forms a (probably highly) elliptical orbit over hundreds of millions of years, since it won't lose energy and collide. And the ISS is still following Earth's gravitational pull, it's going to remain in an elliptical orbit too, if you ignore energy loss from the trace atmosphere at that altitude. Identical behaviour, just on different scales.

So there isn't any such thing as "artificial zero gravity", or a distinction between some kind of zero G that's "real" vs. "artificial", apart from simulations like floating in a water tank or other simulators.

If you are freely moving as gravity dictates, you will experience the sensation we call "weightlessness" or "zero gravity". If something stops you doing so, you won't (or will feel it much less). Its that simple. *

* For completeness, if something only slightly stops you from freely following gravity, or the local gravitational field is weak anyway but some object you're pressing against stops you from following it (eg on the moon), you'll feel this as low gravity or microgravity.

Gravity has infinite range, so there is nowhere in the universe where you can be free from its influence. Sure, there are places such as supervoids where the influence of gravity will be very little, but there's nowhere where it is absent entirely.

The day to day experience of 'gravity' - the feeling of standing on the surface of a planet - isn't really the work of gravity itself. Unless you're very close to a black hole, the pull of gravity is equal on all parts of your body, and so there's no differential force that allows you to feel anything.

So yeah. Being in zero-g feels like falling. Since the 'non-artificial' kind of zero-gravity as you state in your question doesn't exist anywhere, the concept of 'artificial' zero gravity isn't an especially useful one.

The right way to think about it is that, always and everywhere, weightlessness is the "artificial" kind. It is certainly true that the gravitational field is very weak far from any masses, but on the way to the moon the astronauts were coasting in free fall so it made no difference to their experience what the gravitational field strength was. Even some comet halfway between the sun and Alpha Centauri is moving quite fast around the center of the galaxy.

It is exactly the same zero gravity as you experience in a plane paraboling to Earth. It 's a bit different from the gravity you experience in far-from-mass gravity in outer space though. In the ISS gravity is nearly zero at every point. But not precisley (though it is not easy toy measure if not impossible). There is always a gradient giving rise to tidal forces. This is a global force. It only exists for two separated locals (ponts). Two point masses in the ISS will eventually separate. There is always a certain point in the ISS though for which the gravity is exactly zero. Somewhere in the middle of the ISS. This is happening in a falling elevator too. Somewhere inside the falling elevator the force of gravity is exactly zero. If you place a pont mass in the middle of the elevator it will stay put. If you place it nearer to the bottom or the ceiling of the elevator the force will be still zero but it will accellerate to the bottom or ceiling because of the tidal nonlocal force. You can also say that the ceiling, the bottom and the entire lift exlerience a tidal force and not the mass, which is experiencing no force at all.

This is how you can discriminate between a freely falling elevator and one in free space (or between a lift stationary on Earth and one accelerated in space). In the falling frame (or your falling body) the is always an experience of tidal forces (which are electromagnetic, strong, or weak in Nature).

There is no such thing as "artificial zero-gravity". It's a meaningless phrase.

There is no such things as zero-gravity.

Pilots etc. use the phrase "zero-gravity" or "zero-g", just roughly, to mean "the feeling when you're in one of those planes or the ISS".

Essentially, everything in your question is correct, and more so!

There isn't a qualitative difference between the two situations you've presented, only quantitative.

(And neither one can meaningfully be called "artificial" - both situations are real microgravity, as explained in other answers. You might apply "artificial" to astronaut training neutral-buoyancy tanks (although it seems that the usual term is "microgravity simulator"), or a hypothetical science-fiction gravity manipulating device.)

So there's nothing fundamentally different from falling around a planet continually vs. falling through intergalactic space (in orbit or not around a nearby galaxy or supercluster). It's just a matter of degree.

And yes, you could in theory make measurements of those factors (at least tides) inside a sealed elevator with no windows. Especially if you could isolate your experiment from any inconvenient humans moving around, and wait months or years to see how quickly some objects initially at rest relative to the ship accelerate (very tiny acceleration integrated over long timespans).

Hopefully identifying what those quantitative differences are can help you put a finger on what you were wondering about / thinking about when you came up with the natural / artificial distinction you were trying to make.

Being the sticlker that I am I can not remain silent any longer.

tl;dr: There are billions of billions of points in the universe with zero gravitational acceleration!

While each answer includes some form of the "gravity is everywhere because it never ends" (i.e. $1/r^2$ never goes to zero so everything pulls on everything) I have to inject two caveats:

Those are mathematical points of course, but some argue that math is more real than anything else :-) 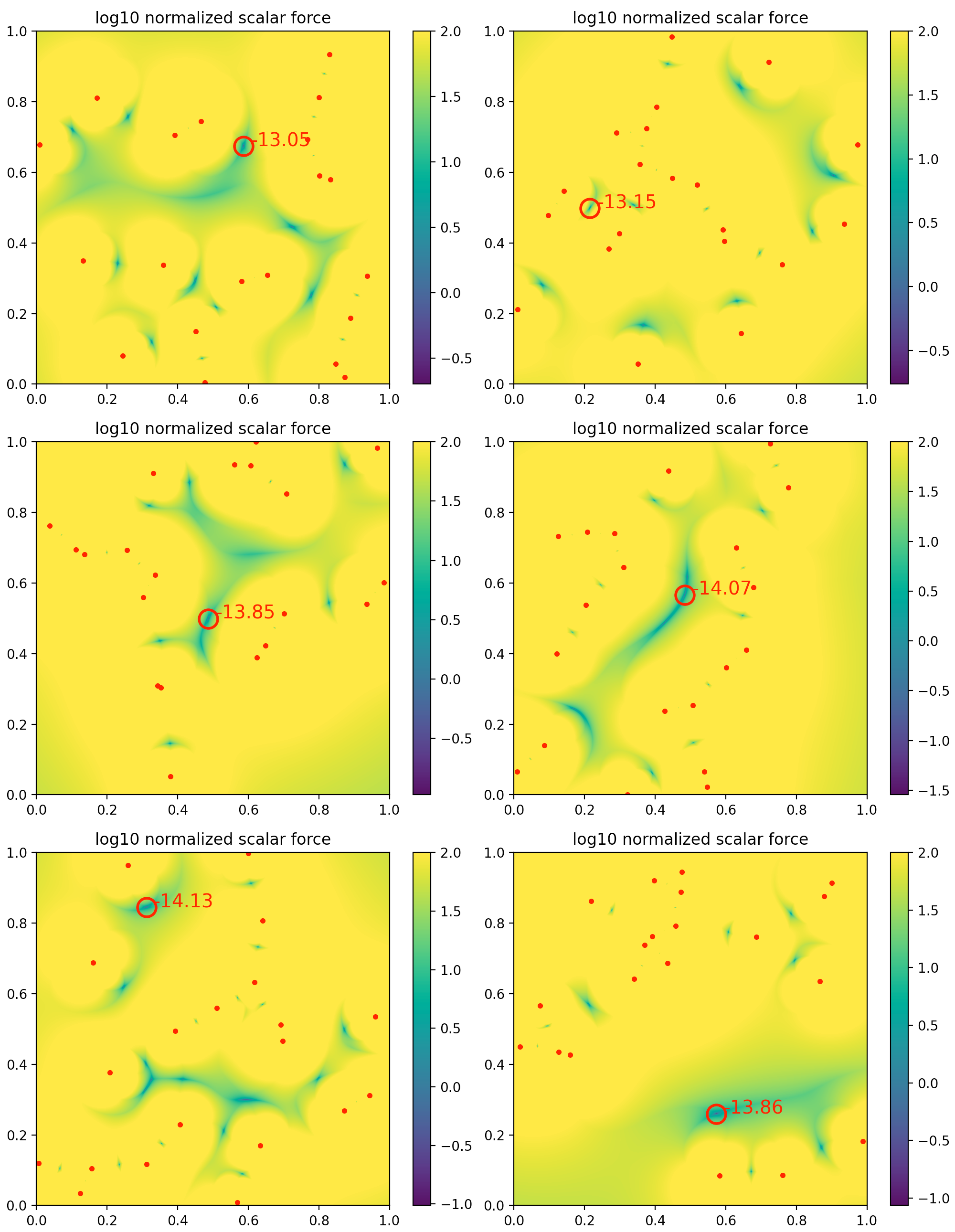 Not the answer you're looking for? Browse other questions tagged iss gravity artificial-gravity or ask your own question.

13
Could a space colony 1g from the sun work?
12
Does Virgin Galactic experience real weightlessness?
9
How to calculate the planets and moons beyond Newtons's gravitational force?
11
Besides retarded gravitation, anything else to worry about when calculating MU69's orbit from scratch?

19
How deep is the force well of L4 and L5 Lagrangian Points of Earth-Sun set?
13
Alcubierre "warp" drive and gravitation/orbital considerations
20
Do astronauts aboard the International Space Station (ISS) actually use their legs?
6
Is there drag inside a Space craft?
14
Artificial Gravity on board the ISS and its derivatives
7
How do astronauts sleep in zero G?
5
What is the gravity inside a rotating cylinder?
34
What led NASA et al. to decide the ISS should be a zero-g station when the massive negative health and quality of life impacts of zero-g were known?