Why is the flame color from the New Shepard engine orange?

New Shepard is described as using liquid oxygen and liquid hydrogen for its propellants. When hydrogen and oxygen burn, as in the Space Shuttle main engines, there is a short conical blue flame, beyond which the exhaust is clear (until the water vapor condenses). The New Shepard exhaust appears to have a long, distinctly red/orange/yellow flame, which would suggest that there is something else burning besides hydrogen and oxygen. What's going on?

The first few feet of exhaust from the New Shepard is clear, and the reddish plume fades with altitude, so we can rule out an ablative liner like the Delta IV's RS-68 engine uses -- that would produce a more consistent yellow plume.

Hydrogen's emission spectrum includes lines in ultraviolet, violet, blue, green, and red. Very hot hydrogen combustion, like that occurring in the engine's combustion chamber, gives more of the violet and blue emission, but the exhaust is fuel-rich, and cooler than the combustion chamber due to expansion in the nozzle, so when the exhaust hydrogen combusts with atmospheric oxygen at lower temperatures, you see more red.

The space shuttle's RS-25 main engines also produce a little pink light in the exhaust plume, but it's faint compared to the very bright plume of the solid rocket boosters, so not so noticeable in photos. The exact exhaust chemistry may be different as well; I don't know how the propellant mixture ratios compare. 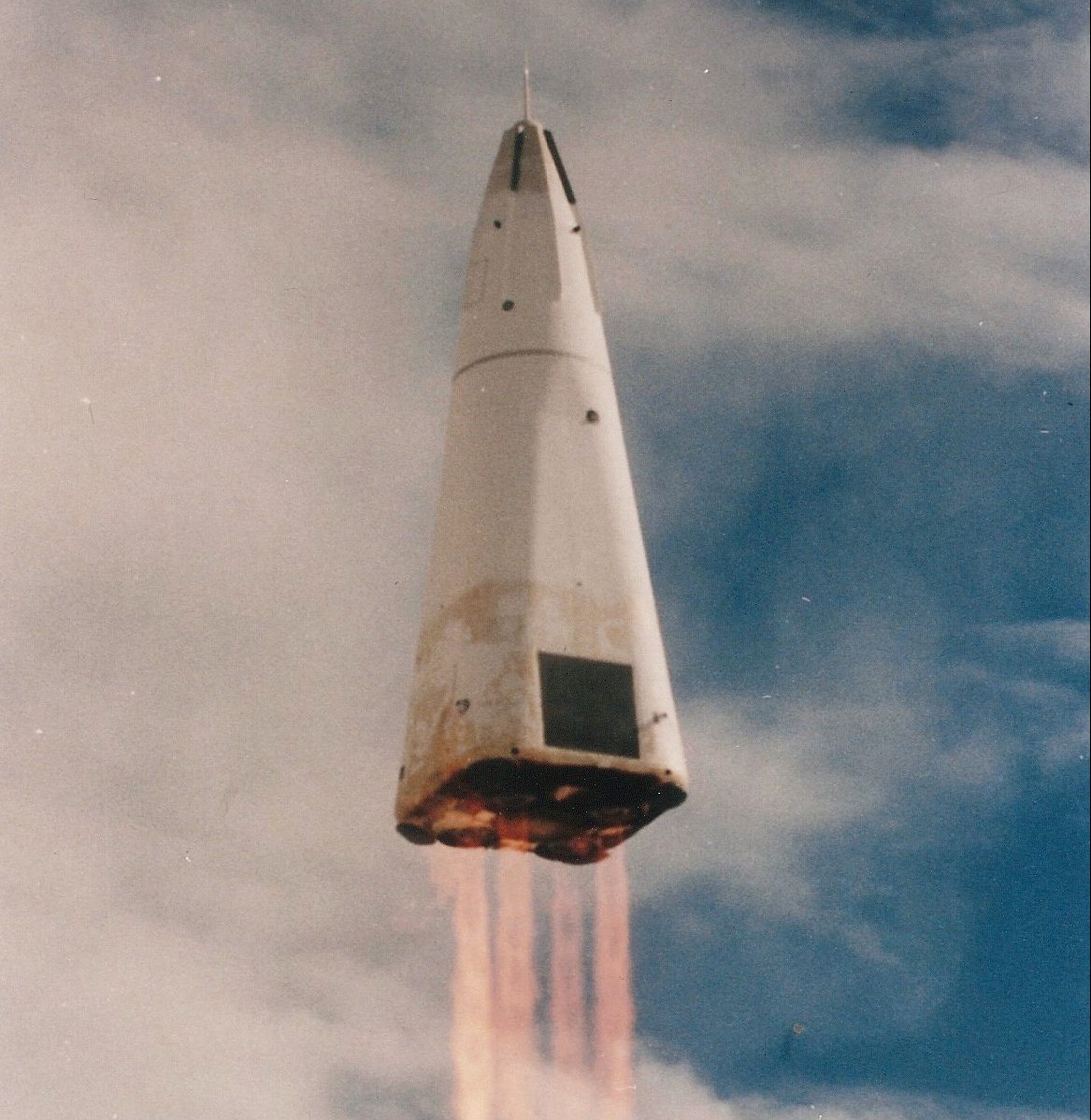 Not the answer you're looking for? Browse other questions tagged engines new-shepard or ask your own question.

6
Why does the New Shepard vehicle not have an exhaust trench?
4
What happens to Blue Origin's New Shepard capsule if their one engine fails?
10
What is the cause of the blue light from LH2/LOX rocket engines?
9
Will the New Shepard be able to sit for long holds when filled with passengers?
4
How does launching suborbital payloads on New Shepard compare to sounding rockets?
2
Estimating weight of New Shepard with NS-10 launch data
2
How long will Blue Origin's New Shepard space tourist flights last?
1
How is New Shepard the first suborbital booster to successfully perform a powered vertical soft landing?
2
New Glenn/Shepard gimbal engine actuators: hydraulic or electric?
2
Has Demonstrator-1 2021-006BX demonstrated a hydrogen-oxygen combustion engine fueled by electrolysis yet?