What is the definition of a "spacecraft emergency" at the ISS, and what is the response to it?

Several sources including the Orange County Register are reporting that a "spacecraft emergency" was declared today onboard the ISS due to the new MLM module's uncommanded thruster firings after docking. 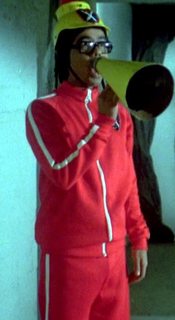 What does it mean that a "spacecraft emergency" was declared? What happens onboard the ISS? Is there a specific response?

Possibly the term encompasses many protocols, but at least one effect is detailed here:

[Spacecraft Emergency] is a protocol that the Ground Controller (GC), who is responsible for the MCC infrastructure as well as interface to the NASA Space Network, invokes with the Space Network to make sure the ISS gets all available satellite communications assets and bumps other users from using those assets.

If the ISS Program suddenly needs TDRS coverage—such as for an emergency spacewalk—the NASA flight director can declare the TDRS time as critical, thereby forcing other users off the network. Due to the impacts to other uses, which can include loss of science, this is not done unless absolutely required.

The ISS is not unique in the ability to call a TDRS emergency; see for instance the THEMIS satellite.

Not the answer you're looking for? Browse other questions tagged iss procedure emergency or ask your own question.

32
What are the procedures aboard the ISS in the eventuality of a loss of a crew member?
3
If an ISS emergency requires pressure suits temporarily, can they still use the laptops? Move the cursor?
43
Does the ISS have a watch system with at least one person monitoring at all times
16
What would the procedure be in the event of a collision warning on the ISS
10
How can astronauts on ISS deal with dental emergency?
3
What would be the longest hypothetical emergency which would confine the Apollo astronauts to their suits?
47
Would all crew leave the ISS if one had a medical emergency?
27
If the ISS had an emergency, how long would it take to get a rocket to it?
6
What were the space shuttle’s emergency procedures for an SRB or ET separation failure?