There are enough questions about dogleg maneuvers that there is now a dogleg tag, but the definitive dogleg answer is @JakeBlockers (linked below) which includes images of a dogleg from Florida that avoids flying over Cuba (after a self-destructed launch dropped debris on them).

Here I'd like to ask what was the most dog-legged launch?

Since unlike satellite trajectories, detailed launch trajectories are not in some handy numerical database. Information is inexact and in different forms for different launches. So I won't specify the largest angular deviation or worst delta-v or worst payload penalty. For this question I'll leave it as simply "most dog-legged" and let the answers sort themselves out.

Images below are from @JakeBlocker's answer to How does one dogleg from Florida to a sun-synchronous orbit?. See also 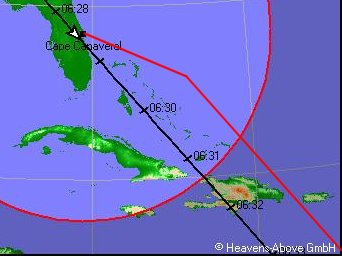 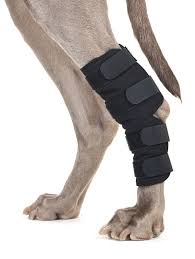 Browse other questions tagged launch mission-design record dogleg-maneuver or ask your own question.

10
How does one dogleg from Florida to a sun-synchronous orbit?
8
Are there any dog-leg hot-spots? Where are dog-leg maneuvers used most frequently?
11
Which launch was the first to use a dogleg maneuver?
6
Penalty for Neutron dog-legging from Wallops to synchronous?

8
Most orbital launches in one day
8
Are there any dog-leg hot-spots? Where are dog-leg maneuvers used most frequently?
5
Which kind of launch vehicle has put the most total payload mass in space?
1
What company has the most satellites in orbit?
20
What are the most-delayed missions that eventually launched successfully?
0
SpaceX launch simulation software?
3
Most noodle-like (highest aspect ratio) orbital launch vehicle ever?