How big will a space billboard have to be to be visible?

So recently there's been the news story about how SpaceX is launching a billboard to space (space billboards are an approximately bi-annual occurrence). This "billboard" is a cubesat that will just display ads on a livestream of Earth, similar to what NASA was doing with HDEV. However, what people are imagining is a billboard, visible from orbit on the ground.

Ignoring the fact it's already illegal, to do what they're imagining feels to me like a borderline physical impossible, simply because of how big the billboard would have to be; the ISS is basically a point source and it's the size of a football field. Writing out even just visible plain text feels like it would be hard.

So how big would a space billboard have to be? (and is it reasonably possible to construct one?)

Suppose we start with @SE-stopfiringthegoodguys's answer of 1000 km orbit but instead of making it solid and darkly and diffusely reflective like the Moon (albedo only 0.15-ish) 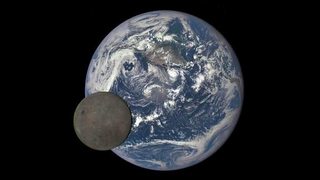 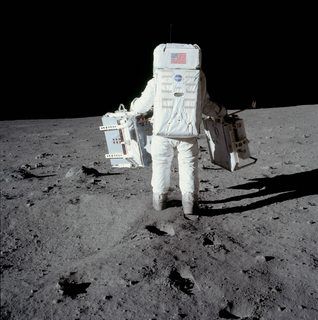 what if it produced its own light like a billboard?

But not to be outdone by the Moon let's stick with a brightness of -13.

Per How to make a green LED as visually bright as a 0 magnitude star? in Physics SE, I got that an object that appeared to be 0 magnitude in green light should illuminate the Earth with about $2.1 \times10^{-9} \ W/m^2$.

For color dependence and an independent check, see also:

It's hard to compete with astronomical objects. Stick with shiny things if you want a big solid billboard.

But if you can live with "a thousand points of light" then consider a group of LED-bearing cubesats.

At 450 km each satellite can shine as a 0 magnitude star over a 10° half-angle using only 7.5 watts which is a perfectly reasonable power load for a well designed and built 3U cubesat with solar panels and batteries to maintain much of the time.

If your "flock" of cubesats can communicate with each other or better yet see each other, then they can "fly" in formation like an LED drone show, which has a lot of pluses over a flat, static and boring billboard. 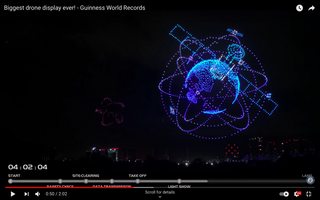 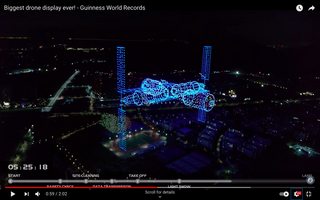 From Have any satellites had lights visible from Earth besides FITSat-1? 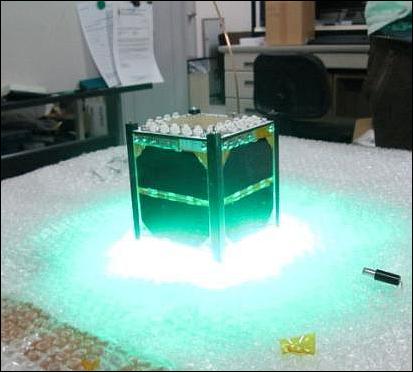 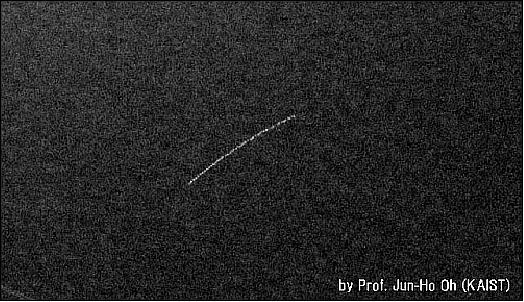 An object already in the sky that clearly has a cultural impact is the Moon. We can use it as a benchmark for how large a space billboard has to be.

While the angular diameter of the Moon isn't too large, it is enough to make out some details, so a billboard of similar apparent size would be sufficient for displaying a logo, which I would say is enough to be an efficient advertisement if well designed.

To avoid atmospheric drag, the billboard probably has to be as high as a 1000km orbit, which would place it 384 times closer than the Moon, and thus require a diameter 384 times smaller, 9km wide.

This would rule out pretty much any construction method that requires a non-trivial thickness. What's left then are foils.

With tested solar sail materials, that's at least 250-500 tonnes for just the foil alone, neglecting any support structure. This could perhaps be reduced slightly by using holes and voids in the foil as part of the logo design, but this would nevertheless be one of the largest construction projects ever undertaken in space.

Not the answer you're looking for? Browse other questions tagged low-earth-orbit commercial or ask your own question.

7
What are the effects of orbital reflectors and advertising on scientific observation?
4
How much do on-demand, artificial meteor showers cost these days?
1
When was advertising on Earth from space first proposed? By who?
3
Have any satellites had lights visible from Earth besides FITSat-1?

14
Calculating Which Satellite Passes are Visible
11
Will SpaceX open up space to the public?
9
Will any of the COTS providers be able to perform expedited rendezvous with the ISS?
9
What liability do commercial space firms have for abandoned space junk?
0
Which deep space missions have had beverages named after them?
6
Will there be man-rated DreamChasers?
10
Is the Starlink array really visible from Earth?
2
Do we have an effective way to dispose of space debris at LEO?
3
How big would a QR code have to be on my roof for a satellite to be able to scan it given today's allowable resolution?