Are cherry-pickers a new thing in spaceflight?

It turns out to be...something else, an LM-4B successfully launching the 2nd pair of Tianhui-2 cartography satellites at 22:32 UTC

The NASA Spaceflight video Ship 20 Stacked on top of Super Heavy Booster 4 for the First Time | SpaceX Boca Chica linked below (starting at 02:45) shows a bunch of really tall ones going up and down as well.

Question: Are cherry-pickers a new thing in spaceflight? Until these two recent incidences I've never noticed their use, but that doesn't necessarily mean anything. Are their use on rockets associated with their launching before, during or after a rescheduled attempt somewhat common, or rare? 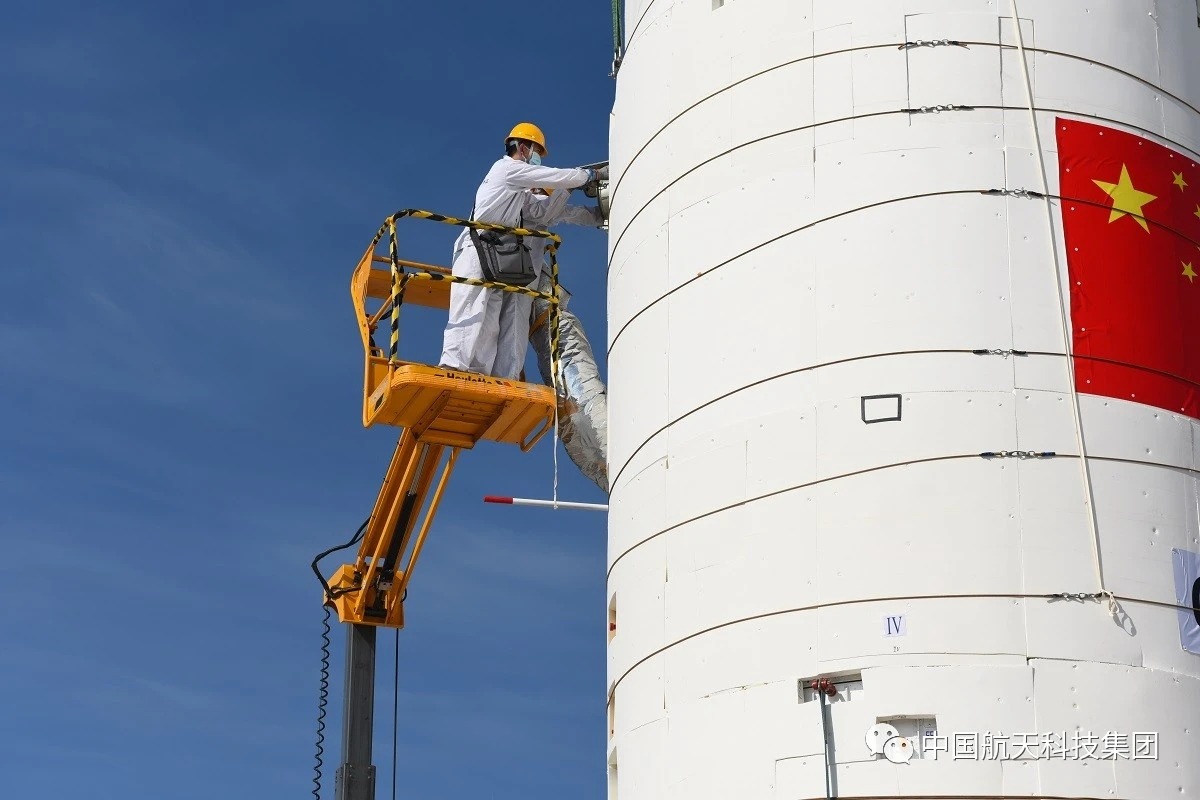 Cherry pickers go back to at least 1961. 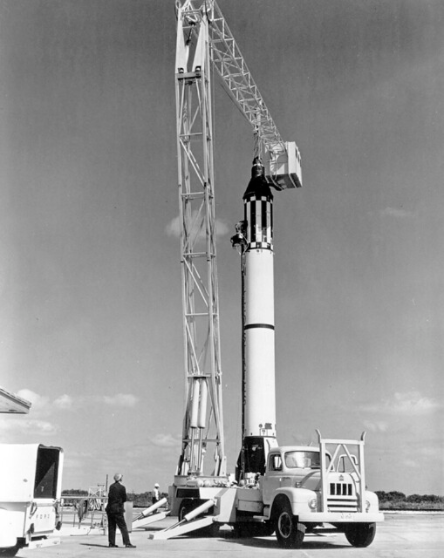 Mercury-Redstone 3 (MR-3) flight configuration with cherry picker, on one of many tests conducted to evaluate astronaut escape feasibility. Image # : 71P-0257

I recall other photos of Alan Shephard's rocket with a cherry picker nearby, but I could not locate those photos immediately.

Photo from Nasa Commons on Flicker.

The Shuttle Mission Simulator's Motion Base Simulator was equipped with a cherry picker.

Purpose: rescue the crew if the motion system got stuck in a weird position.

The cherry picker can be seen behind the simulator in the 2nd picture in this answer: https://space.stackexchange.com/a/38755/6944

9
How much of the Shuttle was physically realized in the simulator?

12
Are all rocket launch sites surrounded by water bodies?
3
Why is Rocket Lab's New Zealand launch site good for polar orbits?
8
During the launch of a rocket, how close are the nearest humans?
7
Why did the Russians choose to locate their new spaceport at Vostochny?
8
How are umbilical connectors held in place until their intended detachment?
2
In what conditions are the electronics of New Horizons housed?
3
What's the highest latitude for a human spaceflight?
4
What launch market is the new Shetland spaceport targeting?