The Space Shuttle needed a high-performance heat shield that caused much grief over it's operational life. Having a large surface area on a reentering vehicle reduces temperatures by causing the vehicle to slow at higher altitudes. The External Tank had much larger surface area than the Shuttle, while weighing only about a third.

What if the LOX/LH2 tanks were located on the Orbiter instead of as a separate module? What would be the penalties for such a design? How much would this reduce ballistic coefficient, and thus temperatures? What material choices would this have opened up, and how much better would they have been?

It would make reentry heating much less stressful, but would make landing the 7-times-larger-volume vehicle a royal pain, and would greatly increase the surface area that needs to be insulated. And to retain the needed crossrange ability, the wings would need to be even bigger, thus upping total mass even more.

The early concept design process considered many different variations, with earlier release of ET, flyback ET, fuel in shuttle, etc.. They decided on the Shuttle Program as we knew it as the apparently optimal compromise of requirements and abilities.

What if the LOX/LH2 tanks were located on the Orbiter instead of as a separate module?

The original concept of the fully reusable shuttle system included an Orbiter with internal tankage such as you suggest.

However, there was also a separate, much larger, reusable Booster (also with internal tankage) which carried the majority of the propellants.

This drawing from Jenkins, Space Shuttle, 1992 edition, shows cutaways of two such Phase B Orbiter designs including the internal tankage on the right, and the Orbiter/Booster combo on the left. 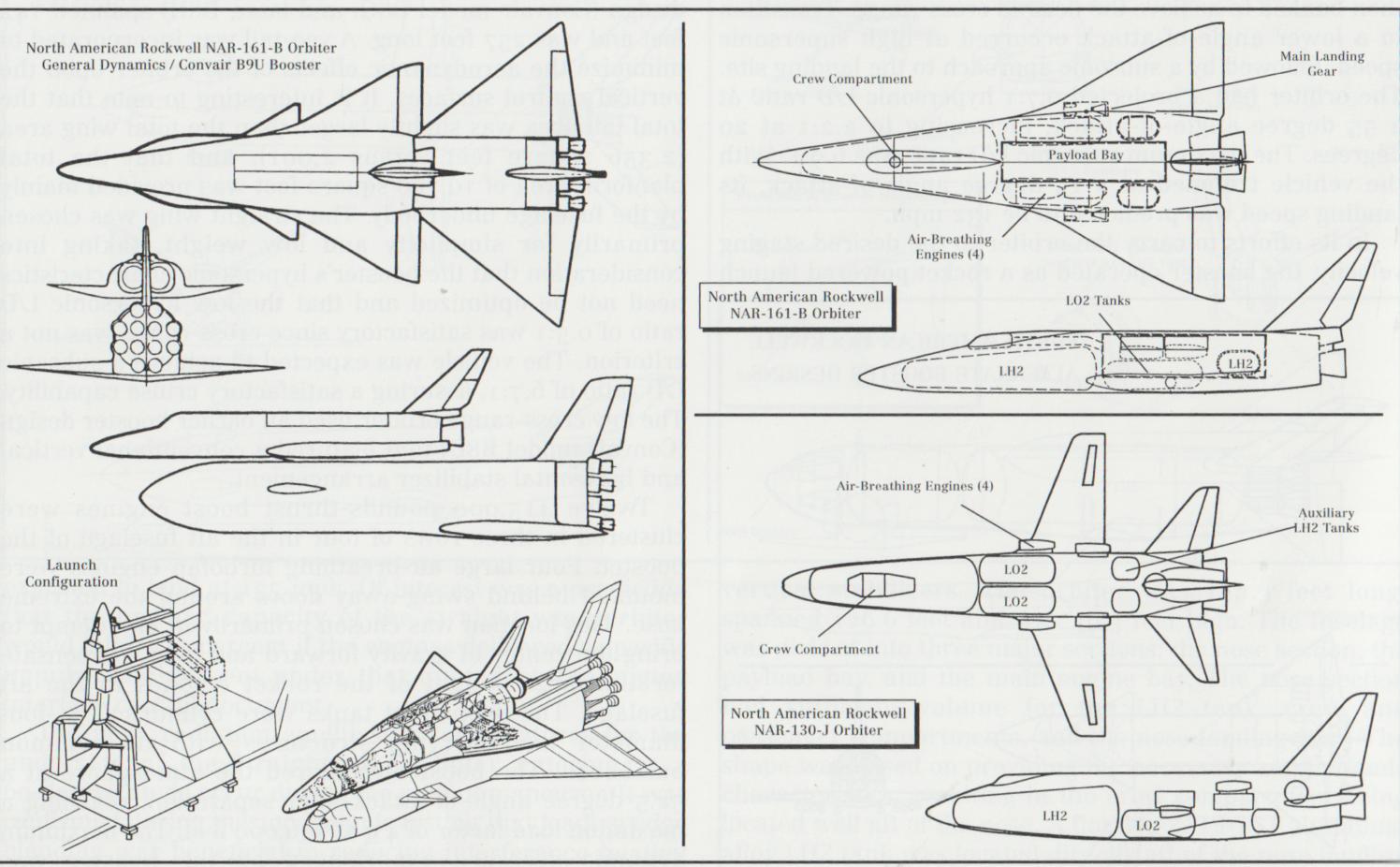 If you're suggesting some kind of merged Orbiter / ET configuration which still utilized solid rocket boosters, I can not think of any work done on that. Once the propellant tanks were moved out of the Orbiter design around 1972, they never really came back. All of the Phase C designs featured variants on the Orbiter / External Tank / Booster configuration.

Designing a merged Orbiter / ET configuration which did not incorporate boosters would have been a single-stage-to-orbit design, which the Space Shuttle Program did not sign up for.

The external tank of the Space Shuttle had a dry weight of 26,556 kg. The maximum payload of the Shuttle to a low orbit was 24,500 kg, less than the weight of the tank.

Reaching an orbit without any payload but with the external tank was impossible with this additional load of over 2000 kg above the maximum payload.

An external tank suitable for a reentry would have been much heavier than the standard tank with the cryogenic tank insulation only. The foam insulation weight was 2,188 kg.

A payload with negative weight made of unobtanium would have been needed.

Not the answer you're looking for? Browse other questions tagged space-shuttle design-alternative aerodynamics heat-shield or ask your own question.

16
What would the Δv cost of bringing the space shuttle external tank to orbit be?